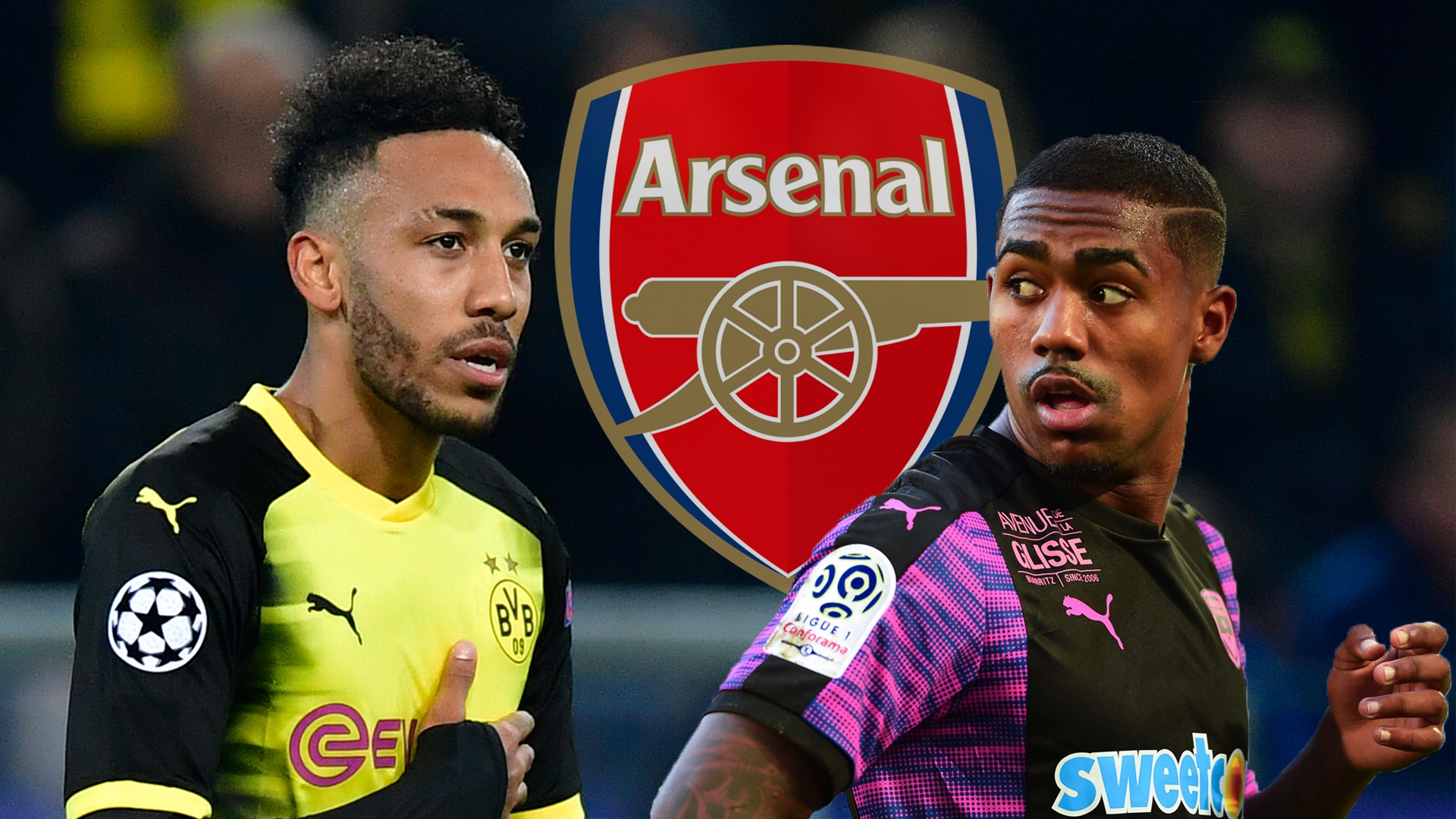 The Gunners continue to be heavily linked with a move for the Borussia Dortmund striker, but will likely not be landing the Bordeaux star in January

Arsene Wenger is keeping his plans to bring Pierre-Emerick Aubameyang to Arsenal “secret”, but suggests a move for Malcom will not happen as expected.

The Gunners’ activity in the January transfer market appears set to intensify, with talk of possible incomings and outgoings mounting by the day at Emirates Stadium.

Alexis Sanchez is edging ever close to the exits, possibly with Henrikh Mkhitaryan arriving as part of a deal with Manchester United , while several other big-name targets are said to have been identified.

Borussia Dortmund striker Aubameyang is among those considered to be a top priority, but Wenger is staying tight-lipped when it comes to a mooted approach for the prolific Gabon international.

Pressed on his interest in the 28-year-old at a press conference on Thursday, the Frenchman said: “I have nothing to add to that. This kind of thing is better when it’s secret.

“You announce it when it’s over the line. Nothing else [other than Sanchez] is close.”

Aubameyang is a much sought-after talent due to his remarkable scoring feats in France and Germany, with another 21 efforts added to his tally this season.

He has, however, caused problems in Dortmund this season, with a recent absence from first-team activity down to a breach of club discipline .

Asked if such a character would be a good fit for his squad, Wenger added: “Yes, a character can be very positive or very negative.

“Overall you look at achievement over career and if he has done well the character has been used in a positive way.”

While the Aubameyang rumours appear set to rumble on until a definitive decision is made by all parties on what to do next, Wenger has sought to bring one transfer saga to a close.

Arsenal are among those to have been heavily linked with a move for Bordeaux’s highly-rated forward Malcom .

No deal is likely to be done during the winter window, though, with Wenger conceding that the 20-year-old Brazilian may not join in January as expected.

He said: “We are not close to doing that. I don’t think that will happen [in January].”

The Gunners are also eager to avoid being dragged into the debate regarding Jonny Evans’ future at West Brom, with the Northern Ireland international another player currently generating plenty of transfer talk.

Manchester City and Arsenal are said to be keen on the former Manchester United defender , but Wenger is giving nothing away if a move is planned.

He said: “I have nothing to add on that.”