Arsene Wenger was a manager known for his calm persona.

While his long-term adversary Sir Alex Ferguson had a reputation for dishing out the ‘hairdryer treatment’ to his players from time to time, Wenger was usually always the opposite.

Explosions of rage from the Frenchmen were few and far between - but they did still happen from time to time during his 22-year stay as Arsenal boss.

And speaking exclusively to Goal, former Gunners striker Jeremie Aliadiere has lifted the lid on the two occasions he saw his former manager ‘really lose it’.

The first was in February, 2001 at Old Trafford. Arsenal went into the game 13 points adrift of Manchester United in the Premier League and needing a victory to keep any slim title hopes they had alive.

But, with a team decimated by injuries, the visitors capitulated in the first half and went into the break trailing 5-1, with Dwight Yorke bagging a hat-trick.

And when Wenger got his players back into the changing room at the interval, all hell broke loose.

“Arsene went absolutely mental,” recalled Aliadiere. “We got smashed in that first half when Igor Stepanovs was playing at the back. It was a joke. Andy Cole and Dwight Yorke were absolutely killing us.

“I wasn’t even in the squad, I was just there as 19th man or something. And when I saw him losing it like that I was like: ‘Wow!’. I’d never seen him going that crazy before.

“He was throwing bottles across the room, they were going everywhere. He was shouting and swearing - and Wenger never usually swore. He was just going absolutely mental.

“He wasn’t doing it at anyone in particular because he didn’t want to start pointing fingers, but he was just going crazy for about five minutes before he started to calm down a bit.” 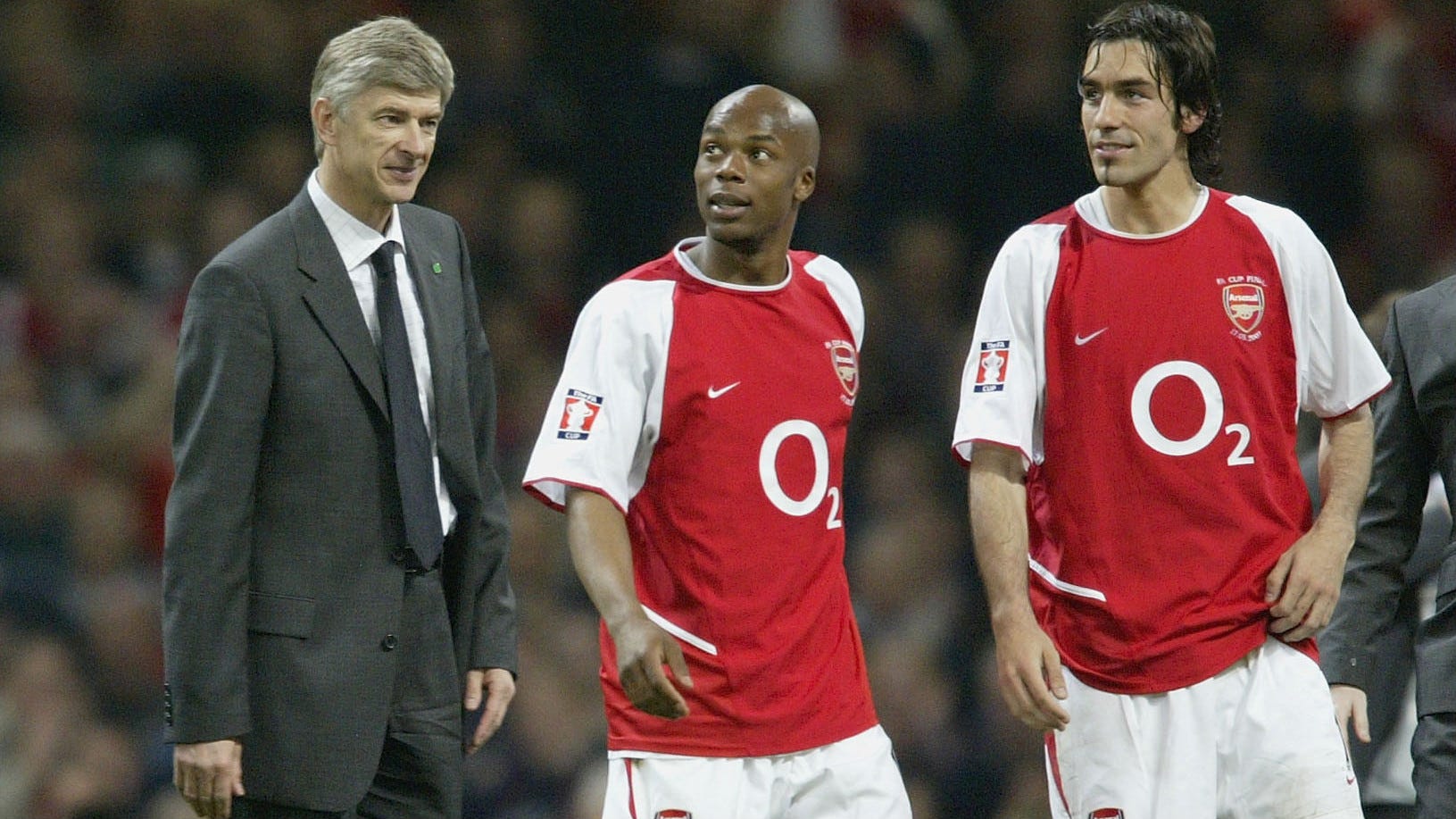 During his eight year-stay with Arsenal, between 1999 and 2007, that was the only time Aliadiere saw Wenger lose his cool with his players during or after a match.

But there was one other occasion when the former Gunners boss saw red and it happened behind closed doors at Arsenal’s London Colney training ground - with his anger focused on one man.

“It was Sylvain Wiltord,” Aliadiere revealed.

“So one day he comes into the dressing room and starts having a meeting, chatting with all the players and then suddenly Sylvain’s phone starts to ring so loud and he answered the phone as well.

“Arsene just totally lost it. He went crazy and screamed: ’Sylvain are you taking the p*ss?!’ He started properly shouting at him and fined him 10 or 12 grand there and then.

“But it was at the time when there was a bit of tension with Sylvain and Wenger and Sylvain absolutely didn’t care, he just carried on his conversation on the phone. It was crazy."

Aliadiere added: "Those are the only two times I really saw Arsene lose his temper.

"Normally, even when we’d had bad games, he would take time to not react in the wrong way. He always tried to give himself time to cool down and think more clearly before chatting to the players."