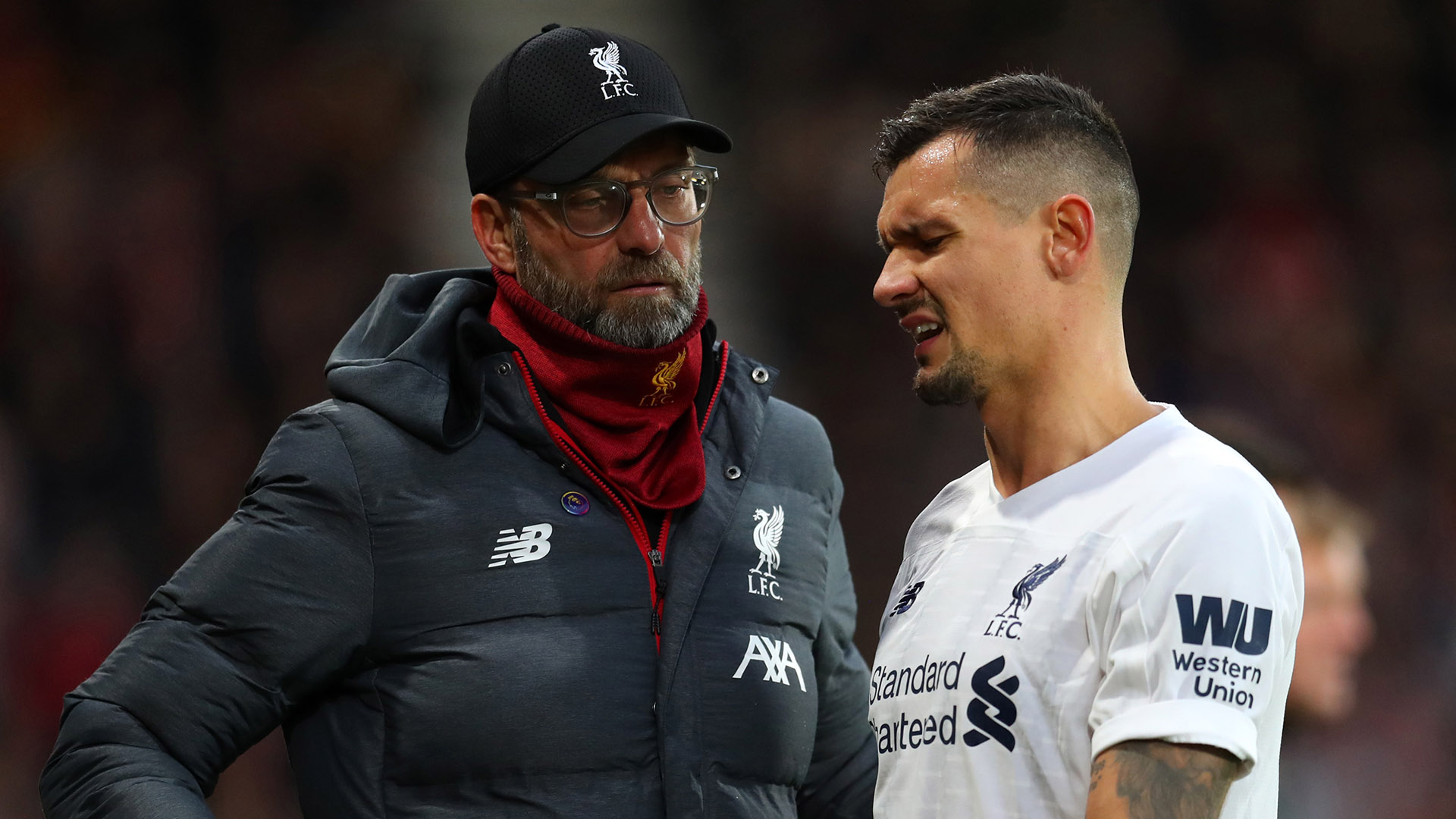 Liverpool manager Jurgen Klopp has admitted that the Anfield club have a major defensive headache as Saturday’s Premier League clash with Watford approaches.

The runaway league leaders were already without Joel Matip at centre-back due to injury, but now the German has confirmed that a complaint for Dejan Lovren has proven more worrying than he would have wished.

The Croatia international limped off at Bournemouth last weekend and was replaced early in the second half during the midweek Champions League victory over Red Bull Salzburg, which helped the Reds top Group E.

Klopp admitted after that victory that he hoped the former Southampton and Lyon man was only suffering with cramp, yet it has proven altogether more concerning for the Reds as a busy period of the season approaches.

“Dejan is out for Watford,” Klopp, who signed a fresh deal on Friday that runs through until 2024 , confirmed. “He’ll be back before my contract ends!

“It’s a muscle injury, more serious than last time. We have problems.”

The former Dortmund boss admitted that the injury situation is far from ideal.

“Two fit centre-backs is a concern and it’s not the first time we have this situation,” he added, “Fabinho is out too. It’s not too cool.

“We have to put them in cotton wool and ask them what they want in training.”

He has been musing over how he solves this issue and admits that youngster Sepp van den Berg and Ki-Jana Hoever will both come into the equation.

“We have to be creative,” he said. “We have Ki-Jana and Sepp. We can play different systems, too. But we have problems.”

Between Saturday and January 5, Liverpool will play seven fixtures across four competitions.

After the meeting with Watford, the Reds face a trip to Aston Villa for the Carabao Cup quarter-final. They will, however, call upon a much-changed squad given that the bulk of their first team are heading to the FIFA Club World Cup.

Upon their return from Qatar, Klopp's side have Premier League matches with Leicester City, Wolves and Sheffield United to negotiate before an FA Cup derby with Everton.