Megan Rapinoe has admitted that the United States Women's National team were shown up by Sweden in their Olympics opener on Wednesday.

The pre-tournament favourites and reigning world champions made the worst possible start to their Group G campaign on Wednesday, losing 3-0 to Sweden courtesy of two goals from Stina Blackstenius and an effort from Lina Hurtig.

The United States lost their 44-game unbeaten record as a result, but Rapinoe felt that they were the masters of their own downfall at the Tokyo Stadium.

"We got our asses kicked, didn’t we?" Rapinoe said after the game. "I think we were a little tight, just a little nervous. Just doing dumb stuff like not passing the ball, not tapping the ball."

In her post-match press conference, the 36-year-old added: "I don't think we played a very good game and that's to take nothing away from Sweden, I think they played a great game.

"They found a lot of space in our shape and were able to be very clinical when they got in for the goal and did very well taking their chances. Sometimes I feel like, if ever we lose or tie or anyone gives us a game, it's unbelievable and that's really kind of offensive to every other team.

"This is the highest level and these are the best teams in the world, Sweden being one of the best teams ever, certainly in Europe, so if we don't play well, game in, game out, we're not going to win these games.

"So, there's a lot of stuff [to improve on]. We want to be a lot better. I think we played a little bit tight, and just hurt ourselves a lot. I don't think we can really say one thing specifically, they took their chances, got into better space and inevitably scored more goals."

How did Sweden stun the USWNT?

Vlatko Andonovski hadn't experienced defeat in his previous 23 matches in charge of the USWNT but his side were second best right from the first whistle against a determined Sweden outfit.

Blackstenius headed Sweden in front after just 26 minutes, and the USWNT were lucky to go in at half-time only one goal down, with No.1 goalkeeper Alyssa Naeher forced to make a number of crucial saves. 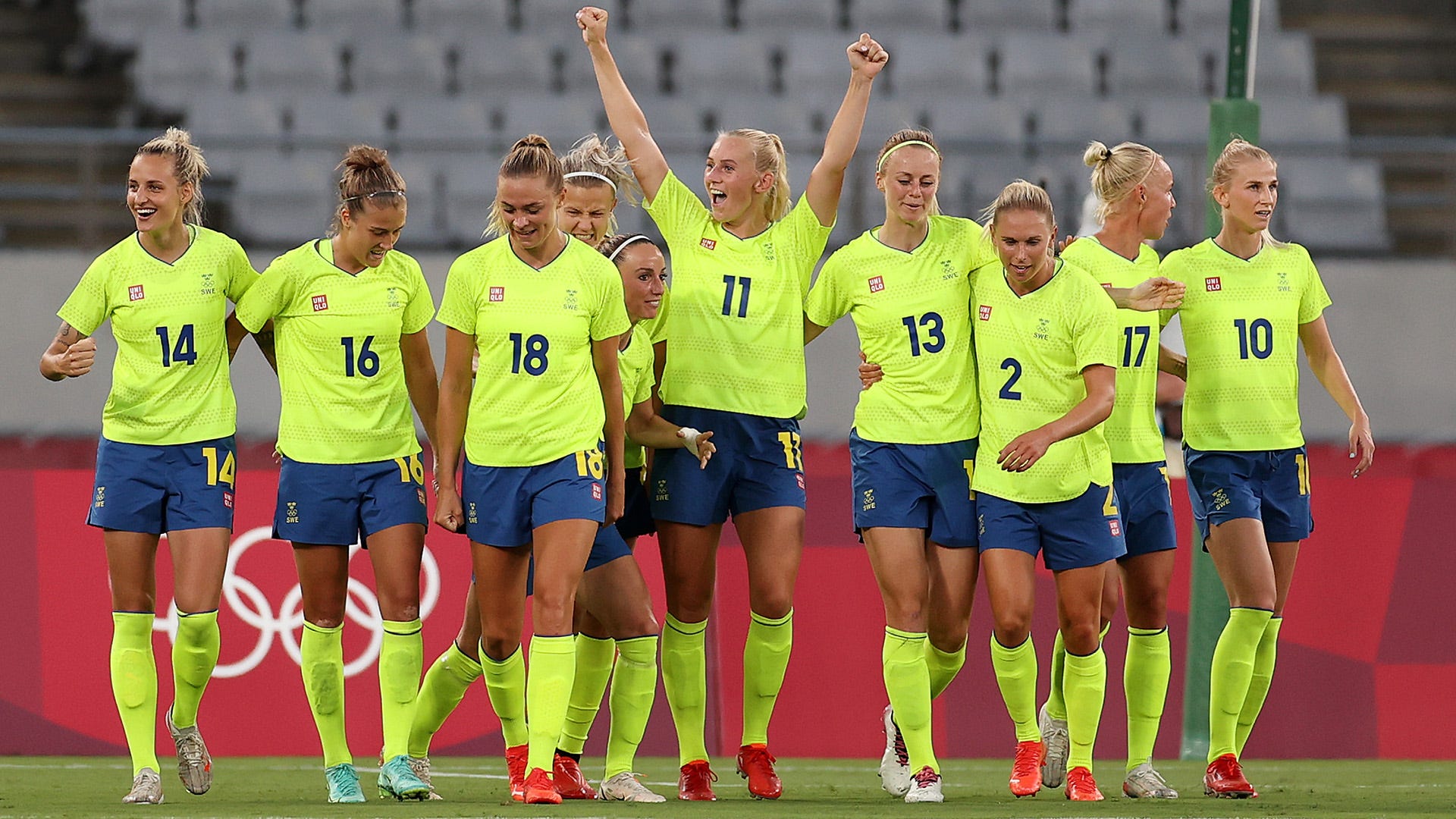 The pressure continued at the start of the second period, and Peter Gerhardsson's team doubled their advantage shortly before the hour mark thanks to another smart finish from Blackstenius.

Hurtig then ended all hope of a comeback for the U.S. by nodding home in the 72nd minute, with Christen Press subsequently squandering a pair of late chances to reduce the arrears.

What's next for the USWNT?

The United States have previously claimed four gold medals at the Olympic Games, but will likely have to win their next fixture against New Zealand on Saturday to have any hope of progressing to the quarter-finals this time around.

The 2016 silver medallists Sweden, meanwhile, can book their spot in the knockout phase by beating Australia on the same day, and will now be among the favourites to win the tournament for the first time in their history.