Pep Guardiola has no plans to bring in a new defender in January to cover for injured Aymeric Laporte - at the moment.

The Manchester City centre-back had surgery on his right knee during the international break with Guardiola warning that he could potentially be out for as long as six months.

After Vincent Kompany departed at the end of last season, City are left with just Nicolas Otamendi and John Stones as senior centre-backs with midfielder Fernandinho likely to provide extra cover.

Guardiola said they could not afford to bring in a replacement for Kompany in the summer and is not expecting that to change when the transfer window reopens in January.

“My advice to you is not to write too many names about the winter transfer window, because you are going to make a mistake,” he told reporters ahead of City’s trip to Norwich on Saturday.

“I don't think it's going to happen. I heard already we are interested in this player or the other player.

“I would like to say to all the clubs in the world don't be nervous, because we are not interested in any players or central defenders in Europe. We are going to survive with the players we have.

“Maybe in December we are going to start to think about it, maybe. But we could not invest in this situation in the summer, we cannot do it in the winter.” 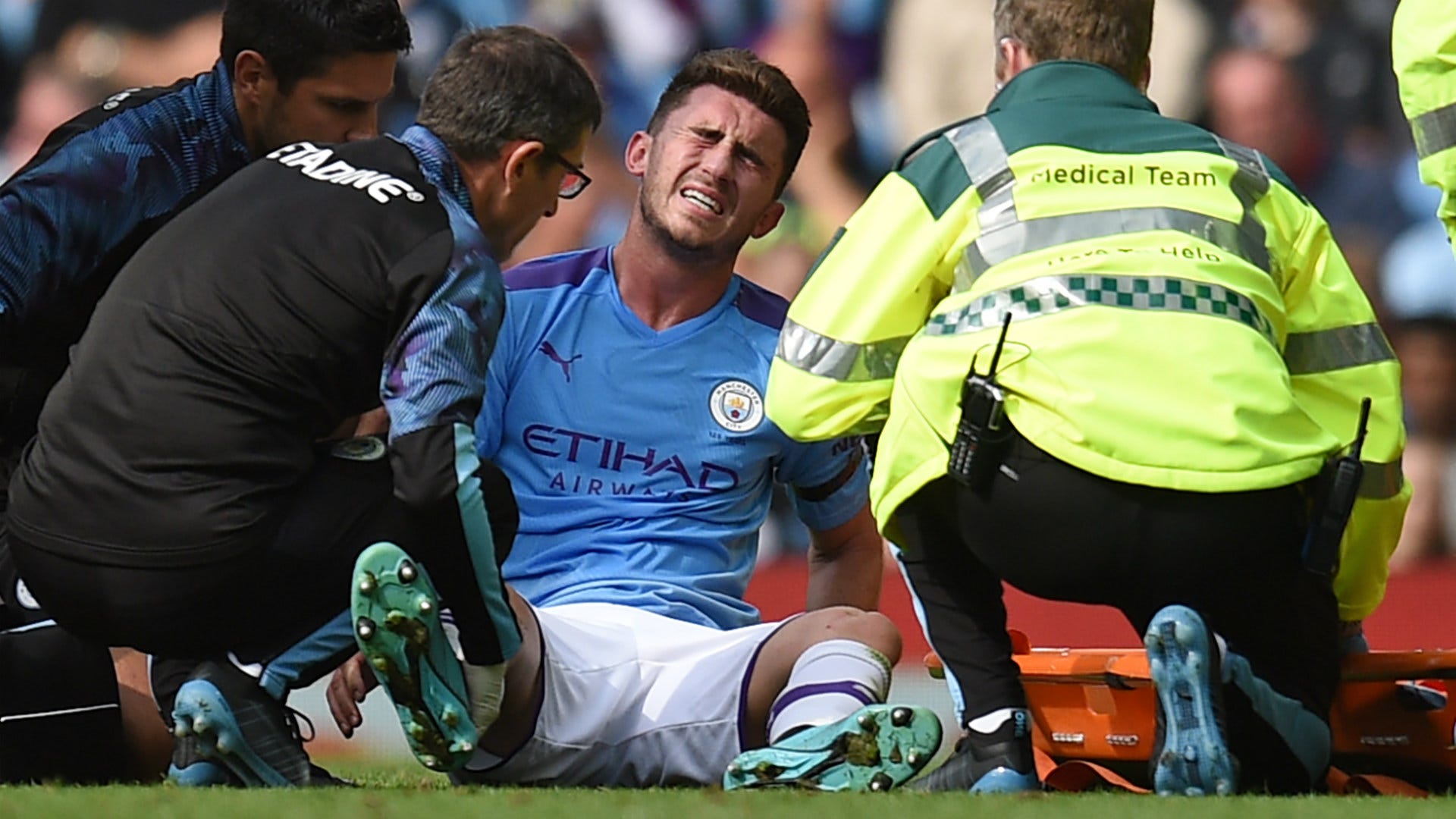 Stones is fit for the visit to Carrow Road after missing City’s last three games with a thigh injury.

And Guardiola says he has no doubts about his quality despite a tough six months when he lost his place in the City side and made a blunder in England’s semi-final defeat to the Netherlands in the Nations League.

“He's going to play incredible this period, while Laporte is not with us,” Guardiola added.

“I don't have any doubts about his quality. The same case as Nico [Otamendi].

“And I'm pretty sure the young players will [play well] too, what I know from pre-season with Taylor Harwood-Bellis and especially Eric Garcia. Fernandinho with his quality can play there. So we're going to move on.”

Meanwhile, Guardiola says it will be difficult for Raheem Sterling to emulate Cristiano Ronaldo and Lionel Messi after England coach Gareth Southgate said he has the potential to be as good as them.

The City boss says no other player in the world can currently compare to the duo because of the high standards they have set for the past 10 years.

“They won the Ballon d'Or and all the individual prizes every single season except maybe this season and another one,” he said.

“The consistency of these two guys - they are legends, they are something unique in world football. If Raheem can target that level… wow!

“They are absolute legends these two players and nobody can compare. Nobody.”