Jurgen Klopp has hit back at Frank Lampard after the Chelsea boss warned Liverpool’s coaching staff not to get “arrogant” following their Premier League title win.

Lampard had clashed with Pep Lijnders, Klopp’s assistant, during his side’s 5-3 defeat at Anfield on Wednesday night, and later continued the row in his post-match interview.

He said: "Some of the bench, it's a fine line between when you are winning - and they've won the league, fair play to Liverpool Football Club - but also don't get too arrogant with it.”

A video later emerged which showed Lampard telling Klopp to “f*ck off”, and the Liverpool  manager was asked about the row at his press conference ahead of the champions’ game with Newcastle this weekend.

Klopp responded: “You cannot hit me and my bench with something like that because we are not arrogant.

“Frank was obviously in a really competitive mood and I respect that a lot. From my point of view in this sort of situation you can say pretty much what you want. For me, after the game it is completely over.

“I said a lot in the past because it is pure emotion. He came here to win the game or get a point, to make Champions League qualification, and I respect that a lot. But what he has to learn is to finish it with the final whistle and he didn't do that.

“Speaking afterwards about it like this, that's not okay, Frank has to learn this and he has a lot of time to learn as he is a young coach but that is what he has to learn.

“During the game, the words used were no problem at all but after final whistle? No.

“We are not arrogant, we are pretty much the opposite. But in a moment like this in an argument you want to say something to hurt the other person. I have no problem with that but at the final whistle close the book. He didn't do that and that is what I don't like.

“And by the way, the reason I speak now about it – because otherwise there would be no words from me - but because he spoke after about it, I feel the need to explain!” 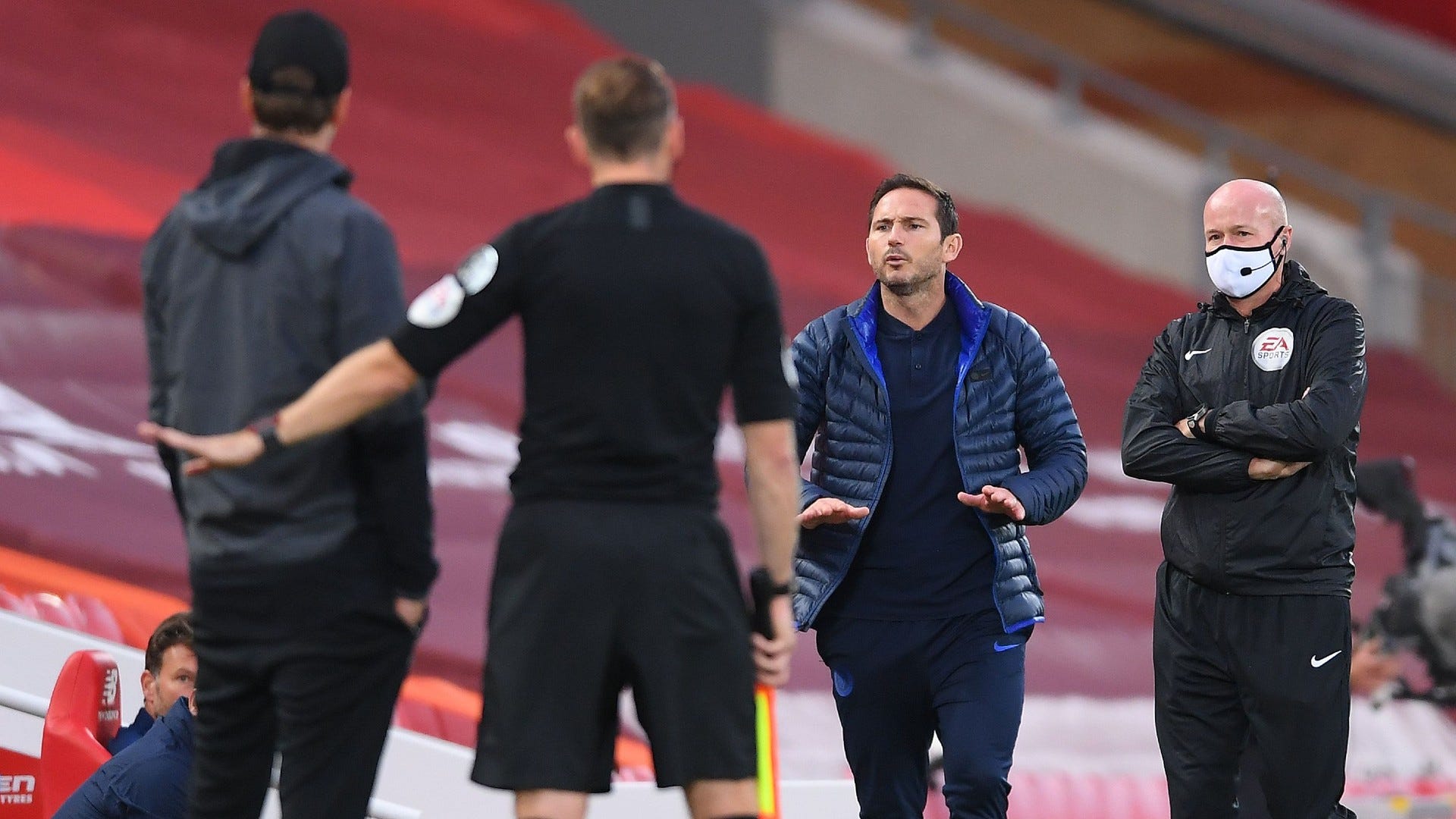 Asked if there had been a particular moment during his career where he had learned not to keep an argument with a fellow manager going after the final whistle, Klopp said:  “I don't remember but probably, yes!

“I really don't know. I respect all the other coaches. When you have a little look at yourself and know how outraged you can be in different situations - because we all have our own subjective view on a situation: foul, no foul, handball, and you feel that it's not fair and you feel you cannot wait until after the game. That happens.

Lampard, for his part, explained his side of the story in his own press conference ahead of Chelsea’s game with Wolves.

“In terms of regretting having passion to defend my team, no, I could have maybe handled it slightly differently, to keep that language in.

“But what I felt was, and I want to be clear about this actually, that some of the reports were that I was upset with the celebrating of the Liverpool team.

“I would have had a beer with Jurgen Klopp after the game and toasted the performance of what they've done this year. But there were things on the line I didn't like from their bench, not Klopp, people behind the bench, which I felt crossed the line, and that's what got me agitated.

“But it's done, it's done. Emotions run high, and amongst most managers, players and fans in this game. As I say, I regret the language, and we move on.”