Pep Guardiola has drawn influence from – and cross-pollinated with – coaches and players across a broad spectrum of sports.

He famously spent a year in New York on sabbatical, whiling numerous hours away with chess grandmaster Garry Kasparov.

His fondness for golf is well-documented, as is his admiration for basketball.

And alongside him since his early days in management has been Manel Estiarte. Estiarte is regarded as the best water polo player in history and played for Spain close to 600 times.

He has been Pep’s right-hand man for more than a decade in management – from Barcelona to Bayern to Manchester City. Guardiola respects his views and regularly seeks his counsel.

Pep once described his fellow Catalan and fellow Olympic gold-medallist as the best penalty-taker in history – albeit in a different sport – and implored his players to learn from his methods.

It would be strange, therefore, if some more of Estiarte’s thoughts about sport and how it could be played failed to rub off on Guardiola.

Water polo is a bit of an alien concept in the UK. But if you look closely enough at how a water polo team lines up, then you’ll see some similarities to football in general and in Guardiola’s preferred team shape in particular.

Broadly speaking, when a water polo team is in possession attacking, the vast majority move into what’s known as the 3-3 formation.

Positionally, you’ll find a point, two drivers, two wings and a centre. Laid out, it bears an uncanny resemblance to City’s attacking shape.

Consider Fernandinho the point. David Silva and either Bernardo Silva or Kevin De Bruyne are the drivers. A combination of Raheem Sterling and Bernardo, Leroy Sane or Riyad Mahrez fill in as the wings. Sergio Aguero is the centre; that one – in both codes – scores heavily. 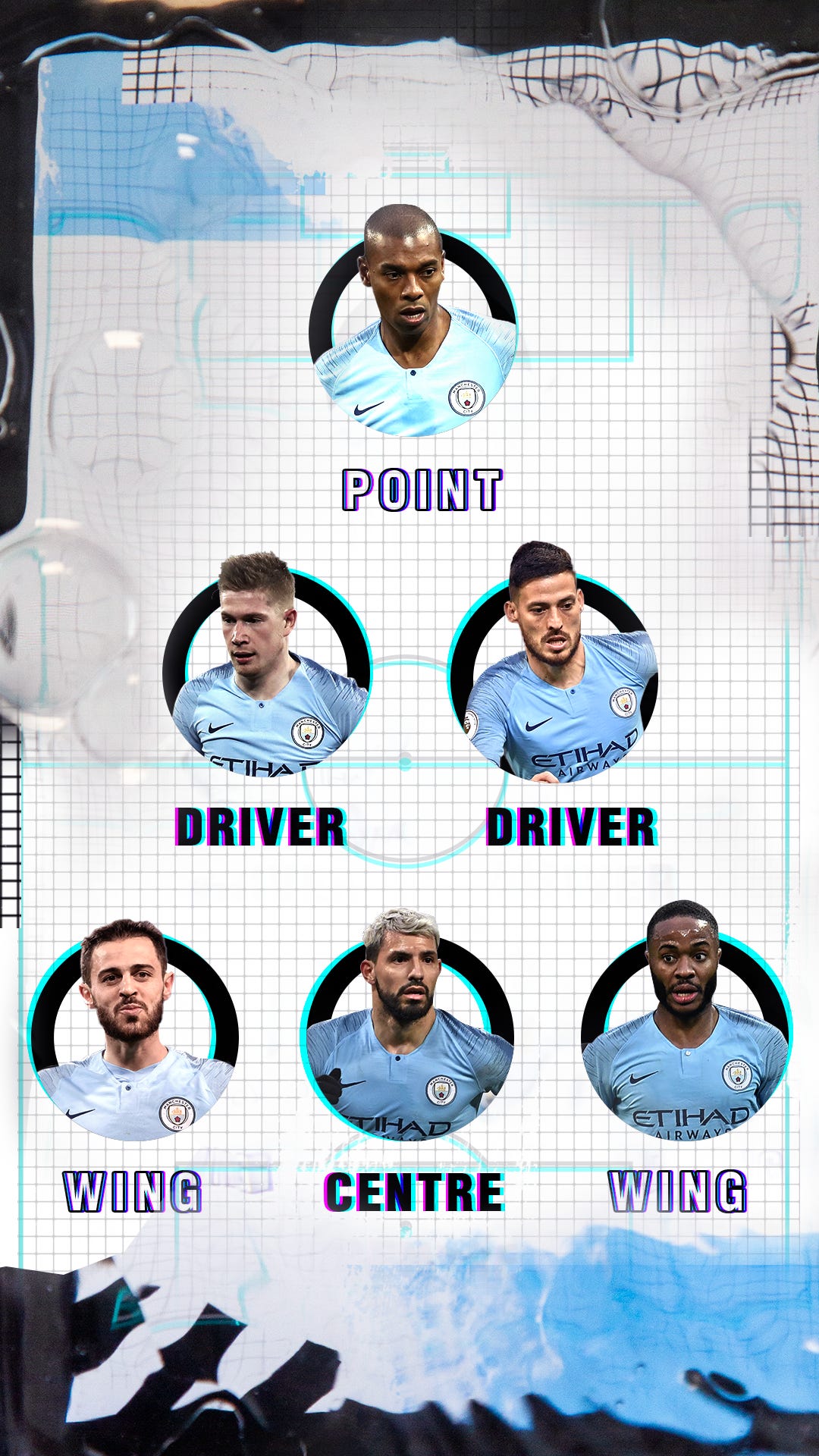 In water polo, and for City, that shape works. In league competition, where Guardiola has won eight of 10 available titles and stands on the brink of a ninth league championship in 11 seasons, his teams more often than not have enough to see off all-comers.

The drilling, the repetition, the relentlessness of Pep’s attacking machine, grinds down the competition and usually sees him come out on top. But if there has been a malfunction, it has been in the latter stages of the Champions League.

Whether it’s by choice or necessity, Pep has strayed from his template in the past couple of seasons and it’s cost him and his team.

Last week’s defeat to Tottenham might well have been avoided had Aguero simply slotted away his penalty and secured that vital away goal.

City sought – in the first half in particular – to occupy that crucial central zone in the final third, as a team would do in water polo.

They did so by either playing through Silva or Aguero or asking Sterling or Mahrez to cut in. Sterling managed to do just that to win the spot kick from Danny Rose.

Beyond that, though, Pep’s team failed to carve out significant chances and failed to dominate as they have done against 99 per cent of teams this season, Spurs included.

City seemed preoccupied over what Spurs might do when they got the ball – through Christian Eriksen, Dele Alli, Son Heung-min and Harry Kane – in breakaway areas. So, Pep sacrificed, in water polo terms, one of his drivers for another point.

In this game of chance, Guardiola decided to pick Ilkay Gundogan over De Bruyne. City were not playing with the kind of freedom and expressiveness that the Belgian playmaker can bring.

Pep opted to neglect his natural game plan in favour of making provisions for the opposition. It’s not fatal – by any means – and City are still favourites to go through. But it’s put the quadruple-chasing club into a predicament they needn’t be.

And it follows a similar pattern to last season. When the teamsheets came through for the quarter-final first leg against Liverpool at Anfield, it emerged fairly quickly that Pep’s concern over what Sadio Mane, Roberto Firmino and specifically Mohamed Salah could do had led him to drop Sterling for Gundogan.

He wanted more passes, and more control, to take the sting out of Liverpool’s counterattacks. It backfired badly from the moment Salah landed the first blow. City didn’t recover in the second leg either.

Up in the stands after blowing his top at Anfield, Guardiola could not see the vastness of the opportunity that still lay before his team. They panicked, despite being possessed of better players and having loads of time to rectify the situation, and never once exuded the dominance of which they were capable.

That might again be the worry for the second leg against Spurs. Guardiola would be well-advised to think less about what Tottenham can do and more about what his team can do.

He might find it appropriate to restore – whether intentionally designed or not – his water polo team. Or else City could be sunk.