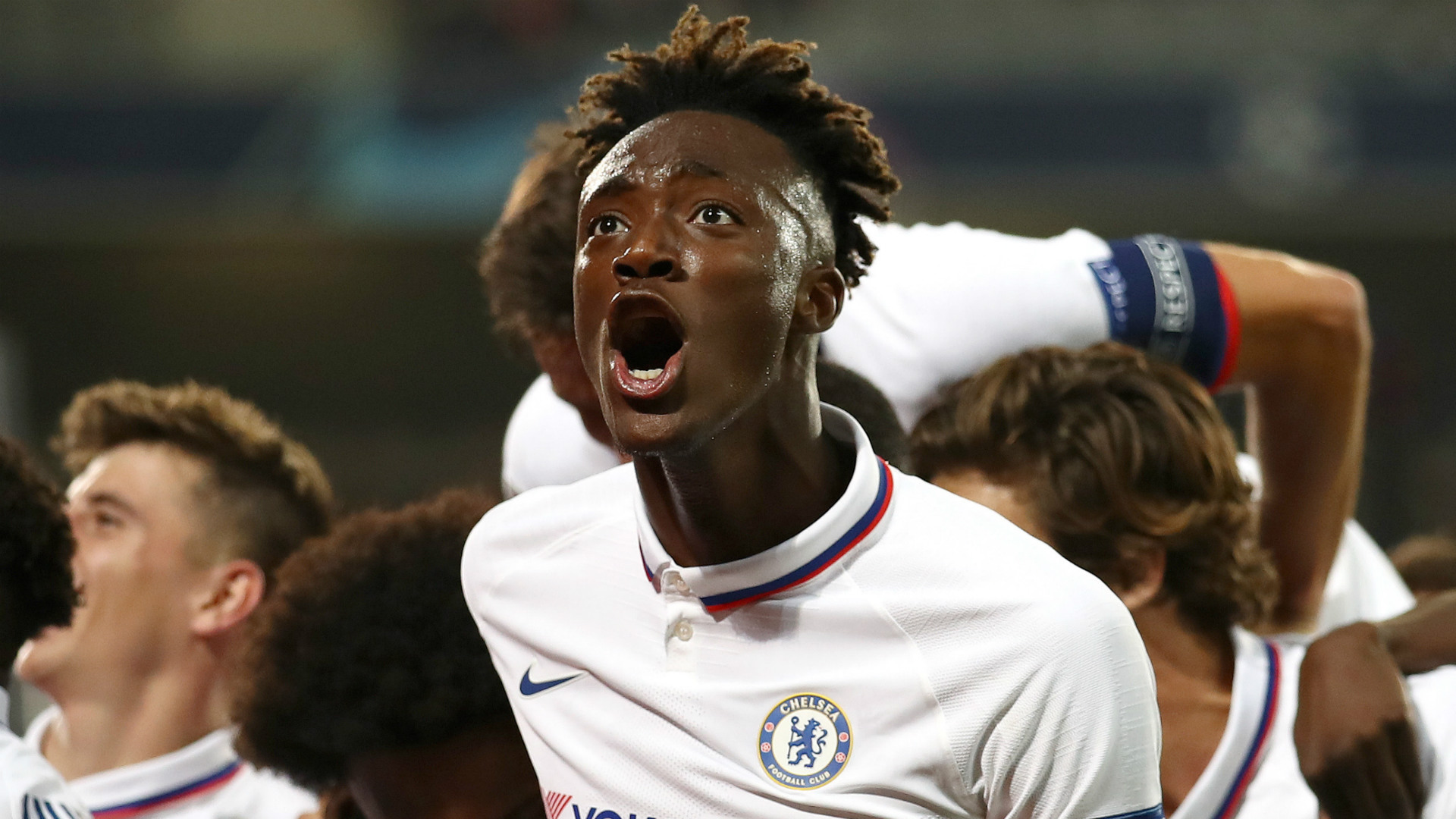 Watch out, Marcus Rashford, Tammy Abraham could be coming for your England place!

It was a 22nd-minute goal on his 22nd birthday that showed that Abraham is now just as comfortable in the Champions League as he is in the Premier League, so why not international level next?

After netting the opener in Wednesday's crucial 2-1 win at Lille, the striker now has eight goals in all competitions this season, so it's hardly surprising that he is a wanted man, with both England and Nigeria vying for his services.

Gareth Southgate's squad announcement scheduled for Thursday and many will be waiting to see if Abraham is included. The forward is a man in the spotlight and he's clearly loving it.

Of course, Chelsea boss Frank Lampard also deserves credit for Abraham's fine form. He is giving youngsters a chance to shine this season, and they are making the most of it.

Chelsea's starting line-up in France was the youngest they have selected in the Champions League since they played Maccabi Tel Aviv in 2015.

Lampard's side had an average age of 25 years and 184 days and it got even younger when 19-year-old Reece James was replaced by the 18-year-old Callum Hudson-Odoi in the second half.

Still, while Chelsea's youthful endeavour provided the platform for the victory in Lille, the match-winner was an experienced head, Willian, who met Hudson-Odoi's cross with a clever, first-time volley.

Lampard is keen to emphasise that there is more to Chelsea than young players and Willian's crucial contribution proved his point.

Still, most Blues fans will have delighted in a player like James featuring in France, given this time last season he had barely played a professional game and was lining up for Championship relegation favourites Wigan Athletic.

However, he was being rewarded with a starting spot after impressing in the League Cup against Grimsby Town, in a game where more experienced players like Christian Pulisic failed to make an impact.

Lampard's youngsters were put to the test, too, especially after Victor Osimhen levelled from a set-piece – Chelsea's Achilles heel this season.

Still, the likes of Mason Mount once again impressed. He was a significant threat to Lille's defence with sharp movement and deft touches and, having already had a taste of England duty during the last international break, it would be a surprise if he is not also named in Southgate's squad alongside Abraham.

However, the cream of the crop in recent weeks has been Fikayo Tomori, who has been a steady influence since coming into the defence. Tomori is equally comfortable in a back four as he is in a back three and displays a wonderful passing ability while at the same time carrying out his defensive duties with aplomb.

He certainly would have enjoyed the role he played in Chelsea's opening goal, which was made at the club's Cobham Training Centre, with Tomori providing the cross that Abraham controlled before coolly converting.

These kids are still a being developed but they have given Chelsea's previously disgruntled fans of last season what they wanted – an identity.

They realise it is a long road to close the gap on Manchester City but they are now enjoying the ride, with a team featuring enthusiastic youngsters surrounded by older stars like Willian and Cesar Azpilicueta.

And who knows? It might not be long before Chelsea's talented youngsters are playing alongside one another in the England team too...