This is Beyond Football, where we explain why this is more than just a game

Did you know that the Premier League makes more money than more than 50 entire countries? In Britain, it makes more than some of the biggest supermarkets chains nationwide.

However much we might prefer to think otherwise, football is a business. That’s a fact. And within the industry, the Premier League is the indisputable leader.

But how big is the Premier League when it comes to finances? How important is it to the British economy? This money machine disguised as a lion is indeed powerful considering it involves only 20 clubs.

Let’s put this into perspective and discover the real economic impact of the Premier League.

How much money does the Premier League make?

The GVA (Gross Value Added) is the amount that a company or sector contributes to the GDP of a country, and according to an analysis carried out by Ernst & Young financial services, the Premier League made a total GVA contribution of £7.6bn ($9.9bn) to the UK GDP in the 2019-20 season.

Yes, that’s the 2019-20 season, when the Premier league, like the rest of the world, was hit by Covid-19 halfway through. So those figures could be even bigger.

Let’s have a closer look at those numbers:

Of that £7.6bn ($9.9bn), £3.9bn ($5bn) was generated through “direct impact”, coming directly from the Premier League and its clubs, like matchday and commercial revenue, employees, broadcasting and sponsors.

£1.5bn ($1.9bn) came from “indirect impact”, which is all the economic activity generated through club and Premier League supply chains as a result of the direct impact, like the construction industry or the hospitality sector.

The last £2.1bn ($2.7bn) was from “induced impact”; all the production and employment generated from the consumption of goods and services, like TV licences or TV engineers. 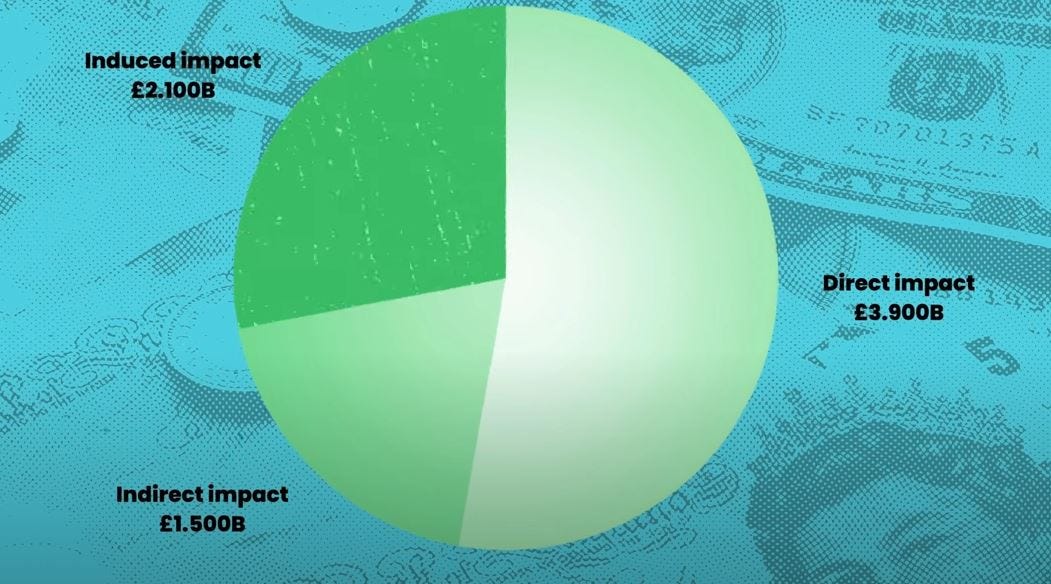 How much money does the Premier League contribute to the British economy?

The manufacturing sector, for example, contributed 18 per cent of that total. Real Estate represented 11.5% and agriculture 0.6%.

Another of those sectors is Sports & Entertainment, which the Premier League falls into. So how much did this single organisation contribute to the total GDP of the country?

That’s a little bit less than BP, one of the biggest British companies, that represents 0.42% of the national economy, but much more than Tesco, which comes to 0.18%, or Astrazeneca. In 2020, a big year for them, Astrazeneca contributed 0.15% of the UK GDP. 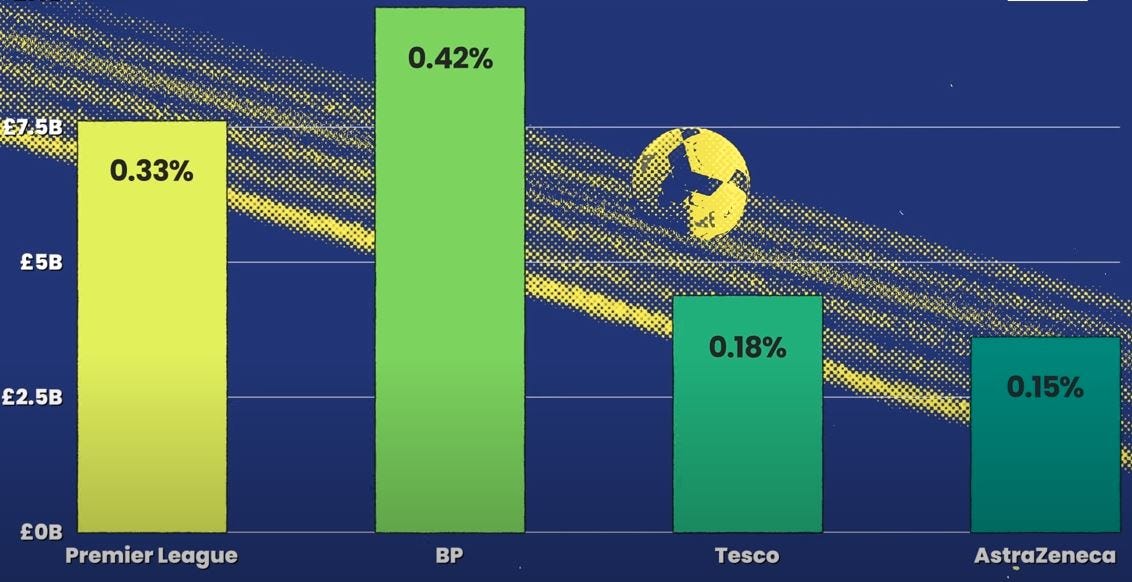 The Premier League is a company, and like any company that does business in the UK, it pays tax.

If the Premier League was a country, how would its finances compare to others?

The Premier League alone contributes 0.01% of that number.

In the International Monetary Fund's list of countries by GDP, the USA is first, then China, while Tajikistan - with a total of £8.1bn ($10bn) – is at position 149.

It could be called Premierland, or any other name you like, but if the Premier League was an actual sovereign state: 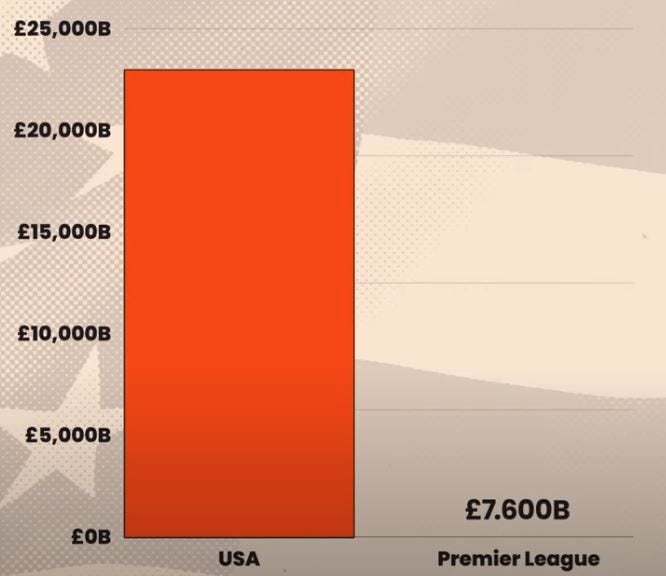 Without any doubts, an important player in the UK economy.