The Toffees have solidified under Carlo Ancelotti, who has unlocked some of the potential of the Italian striker who was signed from Juventus

"Look at Richarlison, he’s enjoying it more than the kids!"

Theo Walcott laughs as he surveys the scene in front of him. "Chaos," he grins. "But look at the lads, they absolutely love it."

We are at the Finch Farm training ground, where Everton are holding an event to mark the 32nd birthday of the club’s official charity, the remarkable Everton In The Community scheme.

Every member of the Blues’ first-team squad is present. Richarlison is sliding around, playfully squaring up to one youngster over a dispute during a five-a-side game. Leighton Baines and Tom Davies meet members from the Everton veterans' hub, while Lucas Digne and Djibril Sidibe are on a nutmeg mission, a group of schoolchildren their unsuspecting, but delighted, victims.

Walcott is fresh from a rather intense-looking game of dodgeball with members of a local special educational school. "I got absolutely peppered!" he laughs, pulling up a chair.

He is in good spirits, and understandably so. Last weekend was a good one for Everton, and for Walcott, whose first goal of the season gave Carlo Ancelotti’s men a dramatic 3-2 win at Watford.

Victory on Saturday at home to Crystal Palace would, remarkably given the criticism which has come their way this season, take Everton level on points with sixth-placed Sheffield United, and within five points of the Champions League qualification places.

"It’s all up for grabs I feel," Walcott says. "We've not had much luck but against Watford, it felt like things went our way for once. Hopefully it was the start of something." 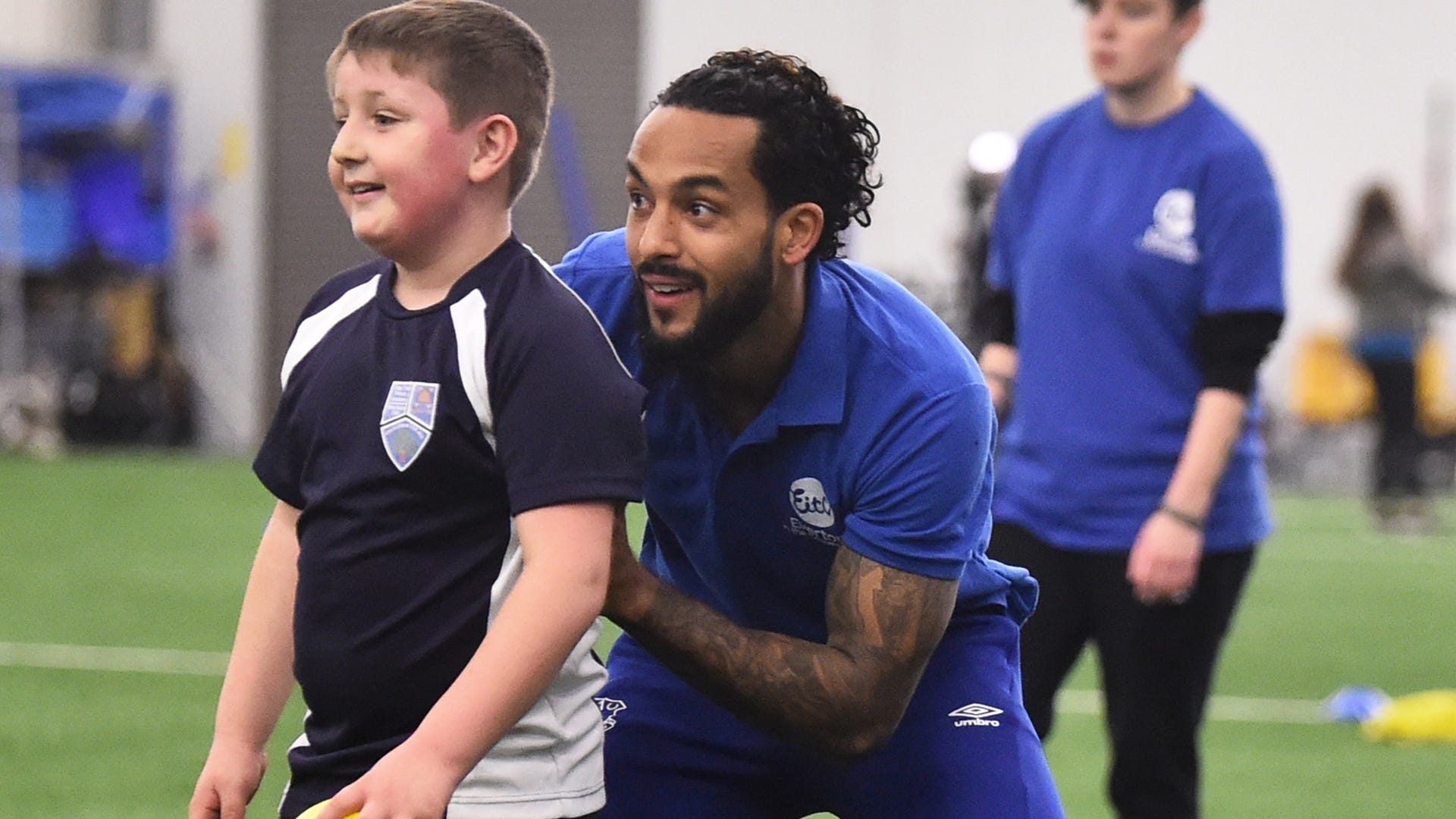 Walcott laughs again as he recalls a conversation with Ancelotti prior to the game at Vicarage Road.

"He came to me and said ‘Theo, you do know that you’re allowed to score goals, right?’" he says. "I just had to laugh. And lo and behold I go and get my first of the season. I told him afterwards that I was just waiting for his permission!"

The Ancelotti effect is clearly taking hold at Goodison Park. Everton may have suffered the embarrassment of an FA Cup exit at the hands of a youthful Liverpool team, but their league form has certainly picked up. They’ve lost just one of their seven games under the Italian.

"He has this aura of calm," Walcott says. "It's like ‘don’t panic, everything is OK’, and that really stands out with him.

"Everyone had high expectations when he came in. I know I did, having played against his teams in the past. I knew he was a top manager."

Walcott would know a top manager when he sees one, of course, having spent 12 years under the guidance of the great Arsene Wenger at Arsenal.

"There are similarities between the two, 100 per cent," he says. "They both have an aura, and they both want to build relationships with players.

"Carlo will talk to you about anything. He was asking my opinion on what wine he should buy recently. I mean, I’d have said he was more an expert in that field! He should be telling me.

"But that’s just a small example of him, he’s talking to players and getting to know them as people. Those things make a difference." 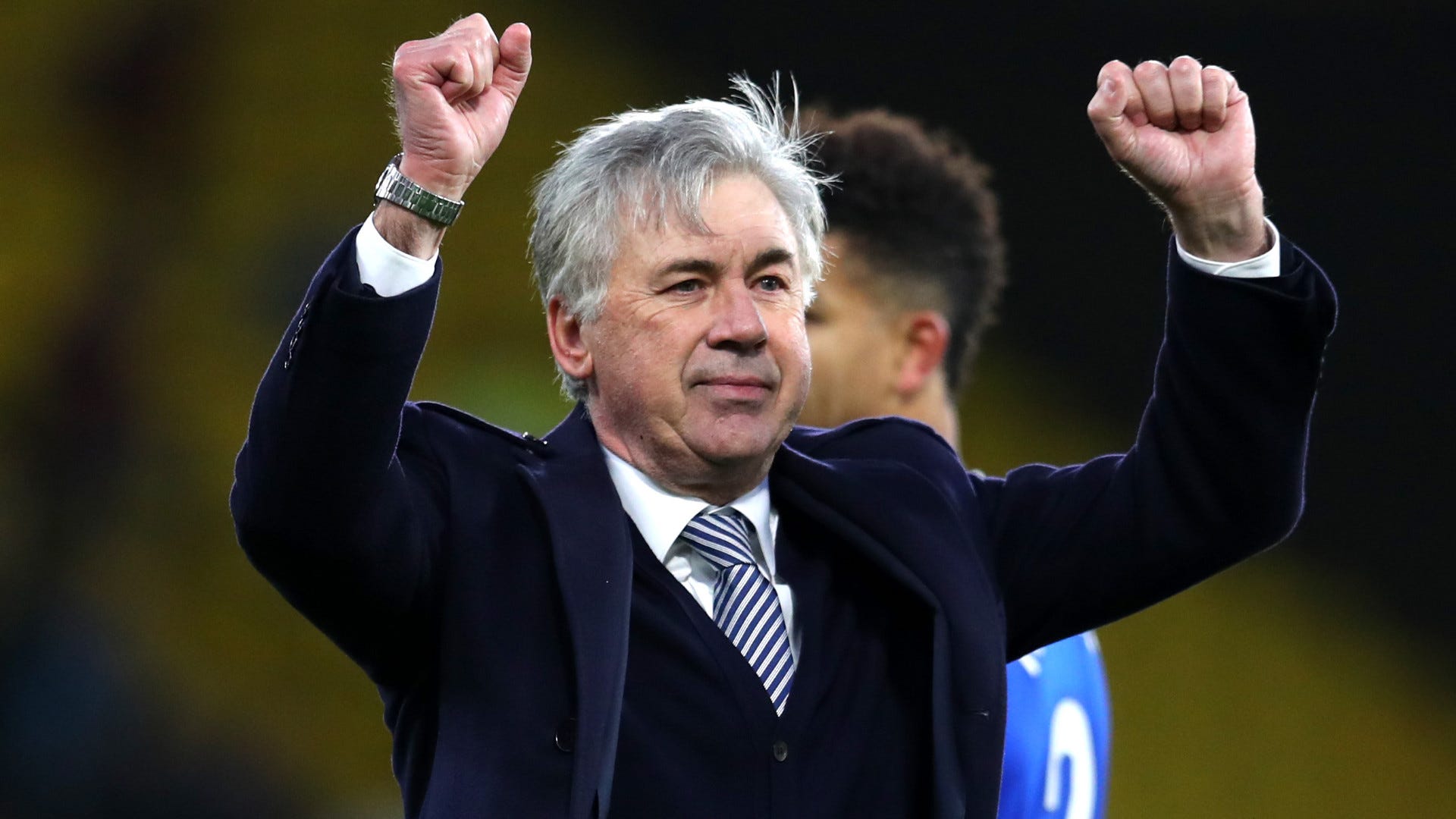 The change of manager, clearly, has provided a confidence boost. Everton, surprisingly, did not add to their squad in January, with Ancelotti instead looking to unlock the potential which was already within the club.

One of his big projects is Moise Kean, the 19-year-old striker signed from Juventus last summer. Already a full international with Italy, Kean struggled to make an immediate impact on Merseyside following his £35 million ($45m) move, but the recent signs have been promising, and his first Everton goal arrived in the draw with Newcastle a fortnight ago.

Walcott, of course, knows the pressures and demands which come with being seen as a teenage prodigy. Now 30, he is able to offer a reasoned assessment of Kean’s progress.

"He’s 19 and coming to a whole new country, new culture, language, way of playing," he says. "It’s hard, you know!

"It feels like we put a lot of pressure on players who don’t ask for it. They just want to enjoy their football, but it always takes time to settle in a new environment, especially when you’re moving countries.

"He’s a workaholic. He does some mad things with the ball, and he’s probably the strongest guy I’ve ever come across as well. I mean, Yerry [Mina] is a big unit but Moise can more than hold his own in that battle!

"I was so pleased when he got his first goal, because you could see the emotion in his face. He’s worked so hard, firstly to get his move and then since. I’ve been there myself and I know how it feels. I know he has the hunger."

Walcott may still look like a youngster, but he certainly speaks with the authority of a senior player. "I'll encourage anyone," he says. "You have to be there for team-mates, it's a big thing in any dressing room."

Next, he speaks about another big-money summer signing, Alex Iwobi.

"He’s the sort of kid that would settle in anywhere," Walcott says. "He’s taken to it really well, and what he is doing on the training field is really impressive.

"He’s just a hard worker, through and through. At times at Arsenal he was in and out, and he was tried in different positions. Here, I feel he can express himself a lot more and use his attributes, his skills and his energy. 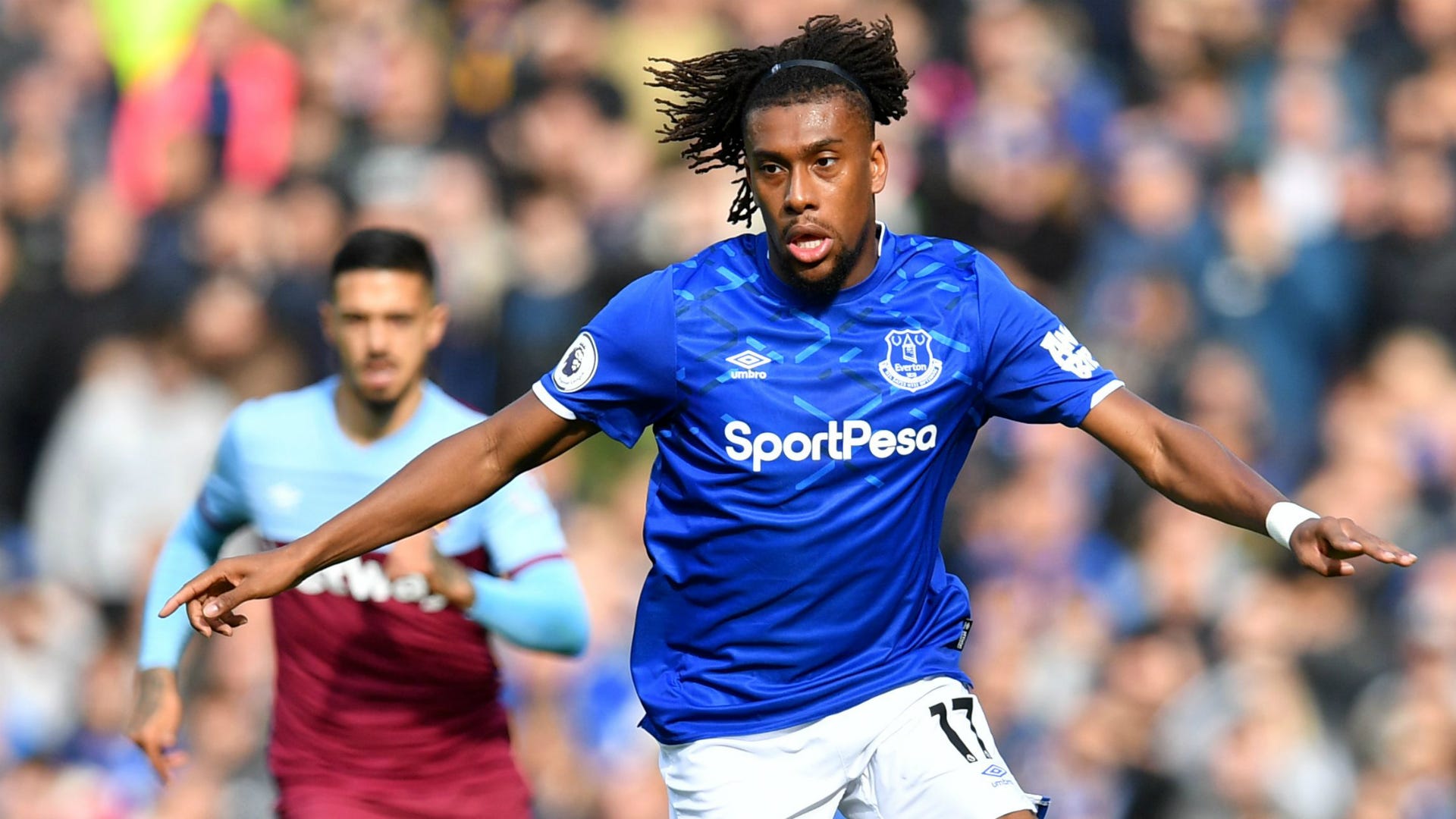 "I’m not the manager, but I feel like he likes to be on the ball, be in the middle of the game and express himself.

"He’s a great athlete, he looks after himself. He doesn’t come to the gym with me and Mason [Holgate] yet, but I’ll try my best! He’s a great kid and he’s really settled well. I was really excited when he came having worked with him before. I knew he was always going to fit right in."

As for Everton, they’re ready to put the difficulties of 2019 behind them.

"We are our best critics," Walcott says. "We have high standards, and we know where the club should be. There’s no reason why we can’t be finishing in the top six. We have got the manager and we have got the squad.

"We’re desperate to make history, because the club has been deprived of that for too long. If we can be the team that starts that process, working towards success and trophies, then that’d mean everything."

The weekend’s fixture against Crystal Palace is Everton in the Community’s designated birthday fixture and the charity will be celebrating 32 years of supporting those in need across Merseyside. Last year EitC engaged over 1200 disabled people in opportunities such as sport, education, training and volunteering. The charity deliver sessions at 10 special schools across Merseyside each week, engaging with over 350 disabled children throughout the academic year and help them develop key skills including communication, team-work, listening and basic movement whilst providing social interaction opportunities and the chance to play in competitive festivals, giving them access to the same opportunities as their non-disabled peers.