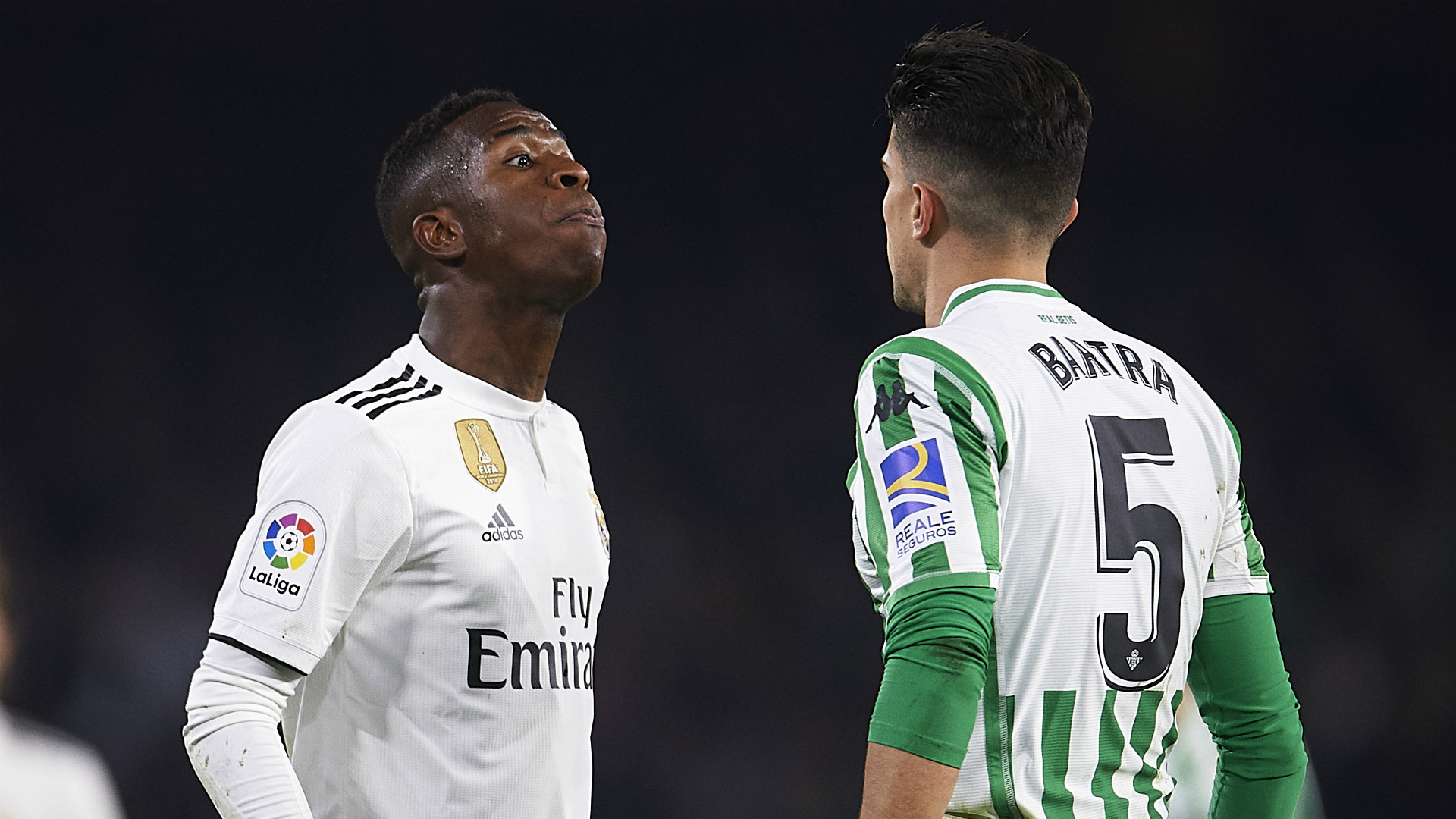 Real Betis defender Marc Bartra has come clean over a heated on-field moment with Vinicius Junior, claiming that the young Real Madrid star insulted his mother on numerous occasions on the field.

The Seville side came close to holding struggling Madrid to a point in a tense Liga match on Sunday.

Sergio Canales - a former Blancos player - cancelled out Luka Modric's early strike before ex-Betis man Dani Ceballos scored a free-kick against his old club to finally seal a 2-1 victory for the visitors .

Towards the end of the encounter Bartra and Vinicius appeared to lose their tempers, and faced off in an angry exchange when the Brazilian took exception to his opposite number's strong tackling.

And after the game, Bartra affirmed that he was insulted by the 18-year-old striker, who joined Madrid at the start of the current season from Brazil's Flamengo.

"I told him several times that he should get up, he was on the floor all the time and he disrespected me," the former Barcelona trainee claimed to reporters.

"He called me three times a son of a... he remembered my mother.

"He is very young and he has a lot to learn from his Real Madrid team-mates, whom I know."

Madrid's win sees the Merengue return to the top four, overtaking Alaves after the Basque side could only take a draw from their clash with Girona on Saturday.

With Barcelona also dispatching Eibar on Sunday, however, the team directed by Santiago Solari remain 10 points behind the Liga leaders after tasting defeat six times in this first half of the season.