As the club prepared for its first MLS season, everyone braced for the arrival of Inter Miami's superstar. With the combination of David Beckham, the city of Miami and money to blow, it seemed like a matter of when, not if, Miami would bring in an absolute game-changer.

Everyone waited. And waited. And waited. The club made big moves, bringing in Matias Pellegrini and Rodolfo Pizarro as Designated Players. They signed MLS veterans like Luis Robles, Roman Torres and Wil Trapp. But that superstar, that big-name addition that everyone knew would come, never walked through that door.

On Sunday, Inter Miami learned just how vital that superstar is. Those players win games by doing things that those surrounding them couldn't fathom. Inter Miami doesn't yet have that goalscoring presence and, unfortunately for Beckham's team, Los Angeles FC have the best one in MLS.

Carlos Vela looked every bit the superstar once again on Sunday as the Mexican attacker provided the moment of magic that he seemingly provides each and every week. That moment of magic, a chipped finish up and over Robles just before halftime, bordered on the absurd, but there's nothing too absurd for Vela these days. Robles made several fine saves to prevent LAFC from running away from the match, but sometimes there are sequences that even a hot hand in goal can't stop.

It was a moment that few in this league can provide. Vela does it time and time again, having scored 38 total goals in 36 matches while smashing record after record after season. Josef Martinez frequently does it, although Atlanta United will have to find that magic from somewhere else after the Venezuelan's catastrophic injury. Nico Lodeiro, Alejandro Pozuelo, Diego Valeri. These are the league's most famous game-changers that coincidentally play for teams that frequently compete for MLS Cups.

All offseason, Inter Miami were linked with their own game-changers. Edinson Cavani, Luis Suarez, Radamel Falcao were all rumored to be in the club's sights at one point or another. But, as the MLS season rapidly approached, it appeared clear that the club's pursuit of a star forward would take longer than expected. That pursuit will likely go into the summer, when the transfer market is a bit more friendly and the big names are a bit more likely to begin a new journey.

On Sunday, that star forward was exactly what they lacked. By and large, they matched up well against last year's Supporters' Shield winners LAFC as Miami responded to the MLS schedule maker's cruelty with a fairly strong performance. Like Nashville SC in Saturday night's opener against Atlanta United, Inter Miami had moments where they looked like an expansion club, but there were also moments where this group showed glimpses of being a good soccer team. 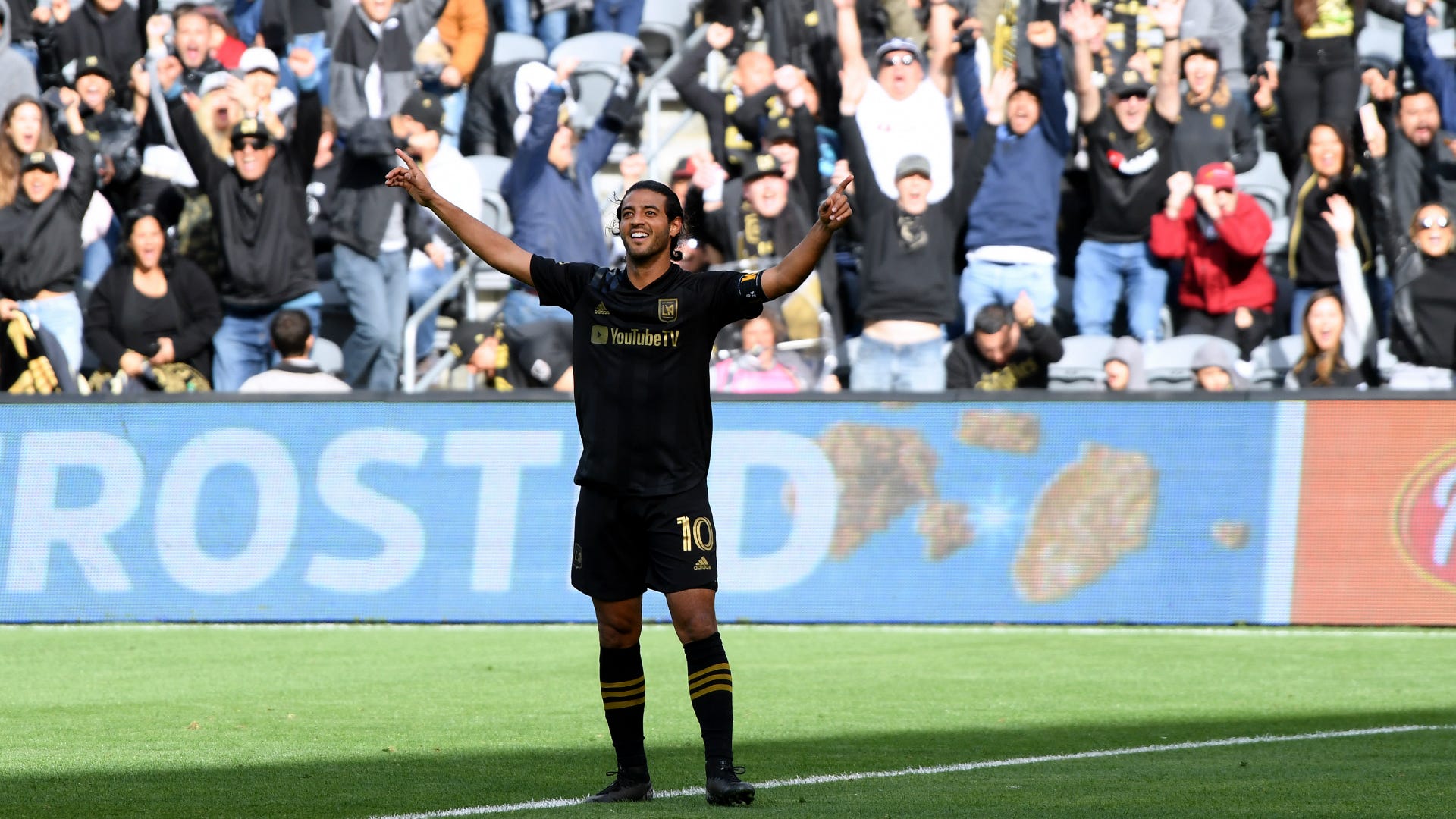 That team, as it stands, is constructed around Pizarro, the club's biggest offseason signing. It's unfair to call Pizarro a complementary piece, but the Mexican's role is different than many of the names mentioned above. The Mexican star is a dynamo in the attack, a creative force for both club and country, but he's never scored more than seven goals in a season. Pizarro is a key to unlocking those game-changing moments, but he isn't the player that will consistently do it all on his own.

Instead of Cavani, Suarez or Falcao in front of him, Pizarro had 21-year-old Robbie Robinson, the club's first-ever MLS Draft pick. To Robinson's credit, he never looked truly out of his depth. He seemingly has the physical gifts and the mindset required to beat players off the dribble, although his awareness isn't fully there yet. The former Clemson forward looked like he has the making of a decent forward, but he's not there yet.

And the same can be said of this Miami team. They have the making of a decent team, but they're not yet. They're not yet at LAFC's level, and it's ridiculous to expect them to be. Vela and co. broke record after record last season for good reason. They'll likely be contending for MLS Cup in the fall and may even push for a Concacaf Champions League crown this spring. This is a machine several years in the making, one that has experienced the ups and downs that will define Inter Miami this season.

But if Inter Miami can find their own Vela, their own focal point, their own superstar, this first-year club has the potential to be the next expansion success story. Until that point, Inter Miami will be a good MLS team, but Sunday's match will serve as a lesson on the difference between good and great in this league.