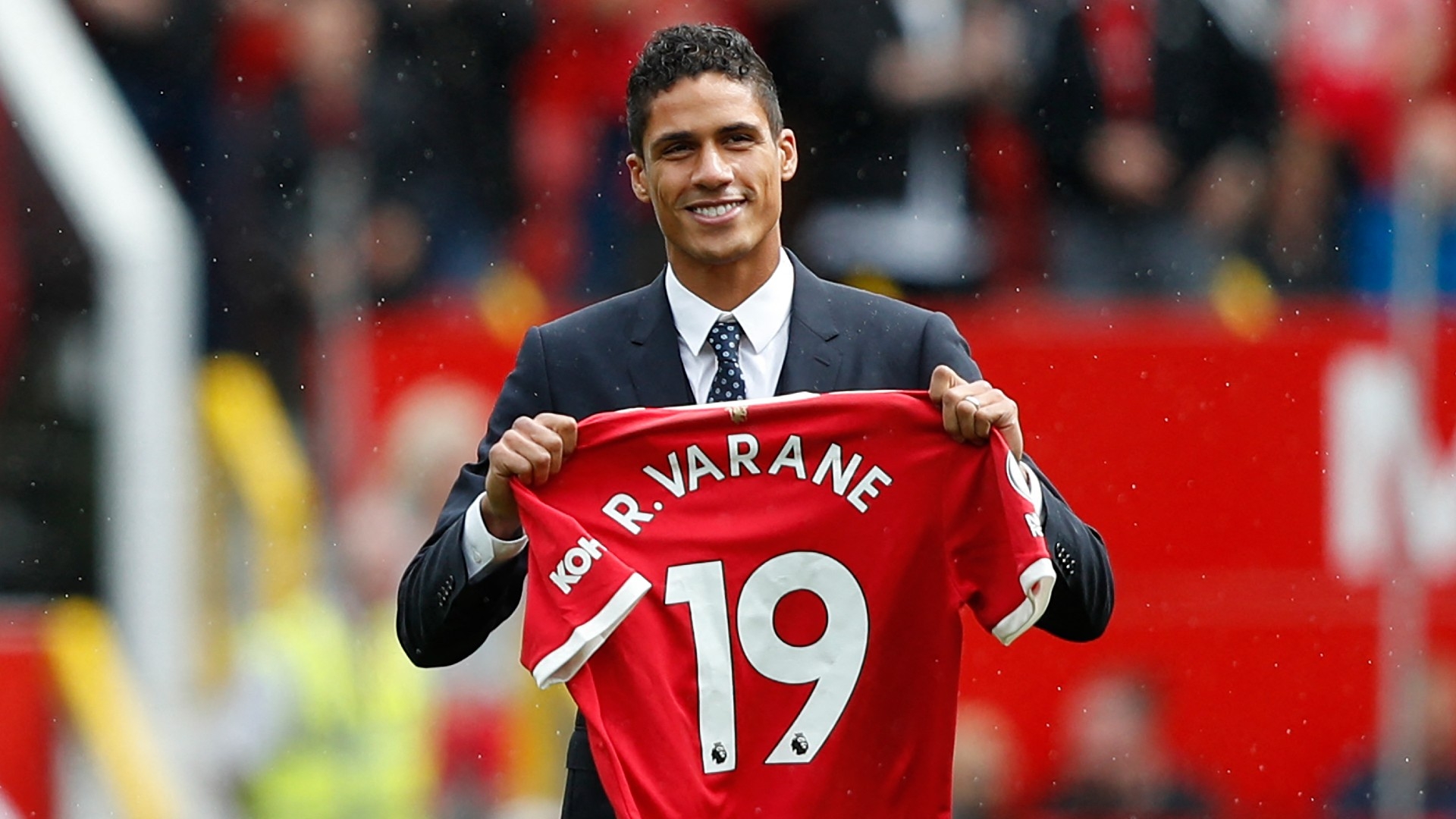 The Man Utd captain believes the competition for places following the Frenchman's arrival will force players to improve.

Harry Maguire said Raphael Varane’s arrival at Manchester United has lifted the squad as he warns every player needs to be ready to fight for their place.

The France international’s transfer from Real Madrid was completed on Saturday and he was officially unveiled on the pitch ahead of United’s first game of the season against Leeds.

It is expected the 28-year-old will partner Maguire in the heart of United’s defence and the club captain believes Varane's arrival will encourage all at the club to raise their game.

“To bring players into this club, obviously of his calibre as well, it's going to be really, really exciting,” said Maguire after the 5-1 win over Leeds.

“Everyone in the squad is obviously looking forward to working with him. I think one thing that it does is it boosts our defensive options.

"We've got an amazing number of centre-backs now at this club, all international players who are all proven in the Premier League. You've seen again how well Victor played [against Leeds]."

What will Varane bring to Man Utd?

Ole Gunnar Solskjaer is hoping Varane’s arrival will strengthen his back line and also bring a winning mentality to the dressing room having won the Champions League four times and the World Cup once.

“I think you've seen what he's won over his career. He's played in some of the top teams about - the French squad and the Real Madrid team - and he's won absolutely everything,” Maguire added.

“We thrive off it, that's how we play. At one of the biggest clubs in the world you don't expect to have an easy ride and have no competition for places."

The Swede, who was named captain of his national team this week, has developed during his time at Old Trafford and was solid in the win against Leeds.

“Victor has not just shown today [how good he is], but he's shown over the last two seasons while I've played with him,” Maguire said.

"He's an excellent footballer so, like I say, to have this amount of top centre-backs is great for the competition for places. It'll make people push further, push harder and it's exciting."