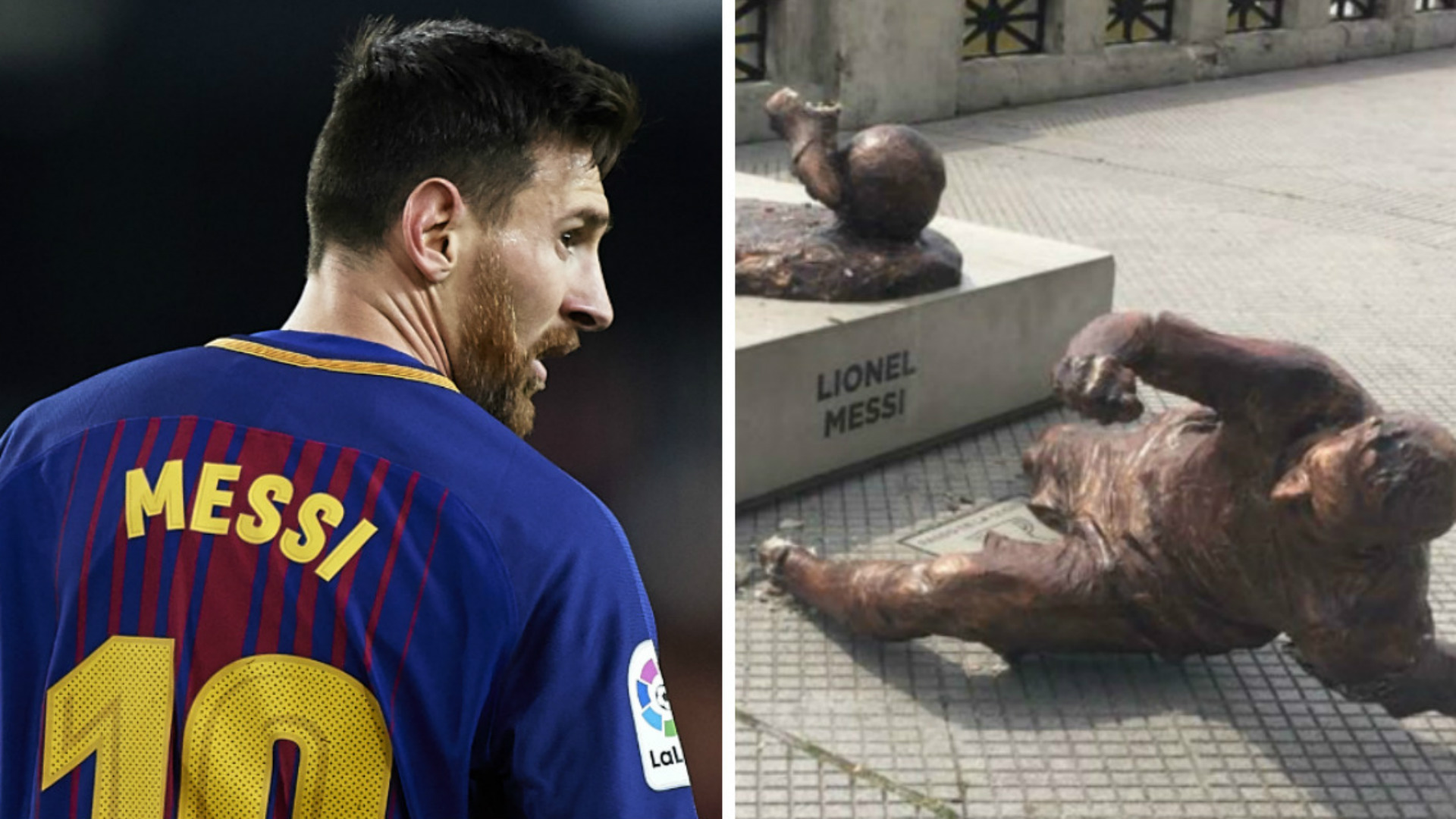 A statue of Barcelona ace Lionel Messi in Buenos Aires has been vandalised for the second time this year.

It appears that the legs of the player’s likeness were cut, leaving the body of the statue of the Argentina international sprawled across the pavement on Costanera Sur.

In January 2017, the sculpture suffered similar damage, with the torso and head torn off only a matter of months after it was placed in its current location.

The statue was part of a series of sculptures of Argentina's sporting heroes on the Paseo de la Gloria along the banks of the Rio de la Plata.

No one has yet been found responsible for the actions.

Messi fired Argentina to the World Cup finals earlier this year as he scored a hat-trick in a critical qualifier against Ecuador, when it seemed that they might not reach Russia 2018 at all.