A devastating moment in the Merseyside derby has deprived the Reds of their key man - but how long will he be out for?

Liverpool have been dealt a hammer blow in their bid for success this season with the news that Virgil van Dijk will be sidelined for a number of months thanks to a serious knee ligament injury.

The Netherlands international, who was crucial to the Reds' Premier League title-winning campaign last season, came off worse in a collision with Everton goalkeeper Jordan Pickford in October's Merseyside derby.

He was forced off just 11 minutes into the game at Goodison Park after Pickford's tackle resulted in the defender's leg becoming hyper-extended, thus damaging the anterior cruciate ligament in the knee.

The incident understandably prompted an outpouring of anger among Liverpool fans, with club hero Graeme Souness branding the tackle "an assault", while there was also an outpouring of sympathy.

Reds captain Jordan Henderson declared that, "the comeback is always stronger than the setback" and Andy Robertson assured that the players would be with him "every step of the way".

However, there appears to be an acceptance of the harsh reality that the absence of Van Dijk is expected to be keenly felt in the coming months, with Jamie Carragher suggesting that it blows the title race open.

So, how long will Van Dijk be out of action for and which games will he miss? Goal brings you everything you need to know.

How long will Virgil van Dijk be out for?

The duration of Van Dijk's absence due to the ACL injury is unclear and will depend on several factors, but it is understood that he will be out for a number of months.

We know that the lay-off time associated with an ACL injury can be anywhere between six and 12 months, but a better picture will only emerge after the player undergoes surgery. 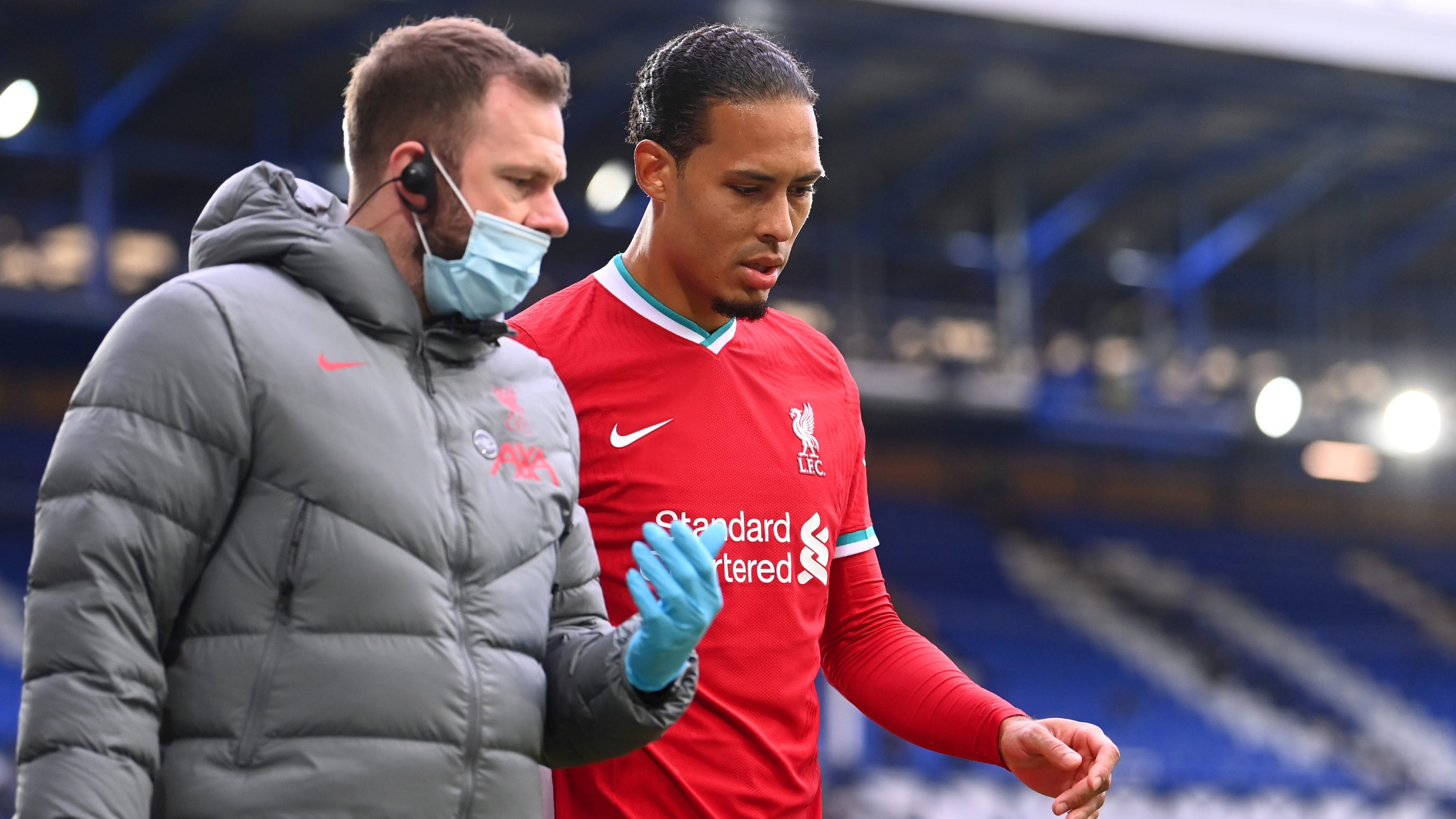 Initial sounds from Liverpool have remained positive and Van Dijk has taken a sober, yet philosophical, view on his predicament - something that medical staff believe will aid his recovery.

"I'm now fully focused on my recovery and will do everything I can to be back as quickly as possible," the defender wrote in a statement which was shared on social media.

"Despite the obvious disappointment, I'm a firm believer that within difficulty lies opportunity and with God's help I'm going to make sure I return better, fitter and stronger than ever before."

He added: "In football, as in life, I believe everything happens for a reason and it's important to try and keep level-headed whether going through the highs or the lows.

"With the support of my wife, kids, family and everyone at Liverpool, I'm ready for the challenge ahead."

However, given the delicate nature of the knee, sometimes a positive attitude makes little difference.

The Dutchman's Reds team-mate Alex Oxlade-Chamberlain, for example, endured an unfortunate scenario when he suffered a cruciate ligament injury in 2018, missing just under 10 months - and 39 games.

Which games will Virgil van Dijk miss due to injury?

Van Dijk has not yet been definitively ruled out for the rest of the season, but even in a best-case scenario, he will certainly miss the bulk of the 2020-21 campaign.

Liverpool fans will be hopeful of a return in April or May, with important league games against Chelsea, Arsenal and Manchester United in that period.

However, that is unlikely and even if Van Dijk recovers early - within a six months timeframe, say - it is unusual for a player to be rushed back from such a devastating injury.

He will definitely miss the entirety of Liverpool's Champions League group stage campaign and, if they progress, it is more than likely that he will miss most of the knockout stage.

In the remainder of 2020 alone, the centre-back will miss massive games against Manchester City and Tottenham, while he will also miss the January 2021 derby clash with Manchester United.

He is set to miss Man City's visit Anfield and the return Merseyside derby, both of which will be played in February.

Indeed, Netherlands fans will not be happy either, as there is a distinct possibility that Van Dijk could also be ruled out of the European Championship, should the injury be worse than feared.