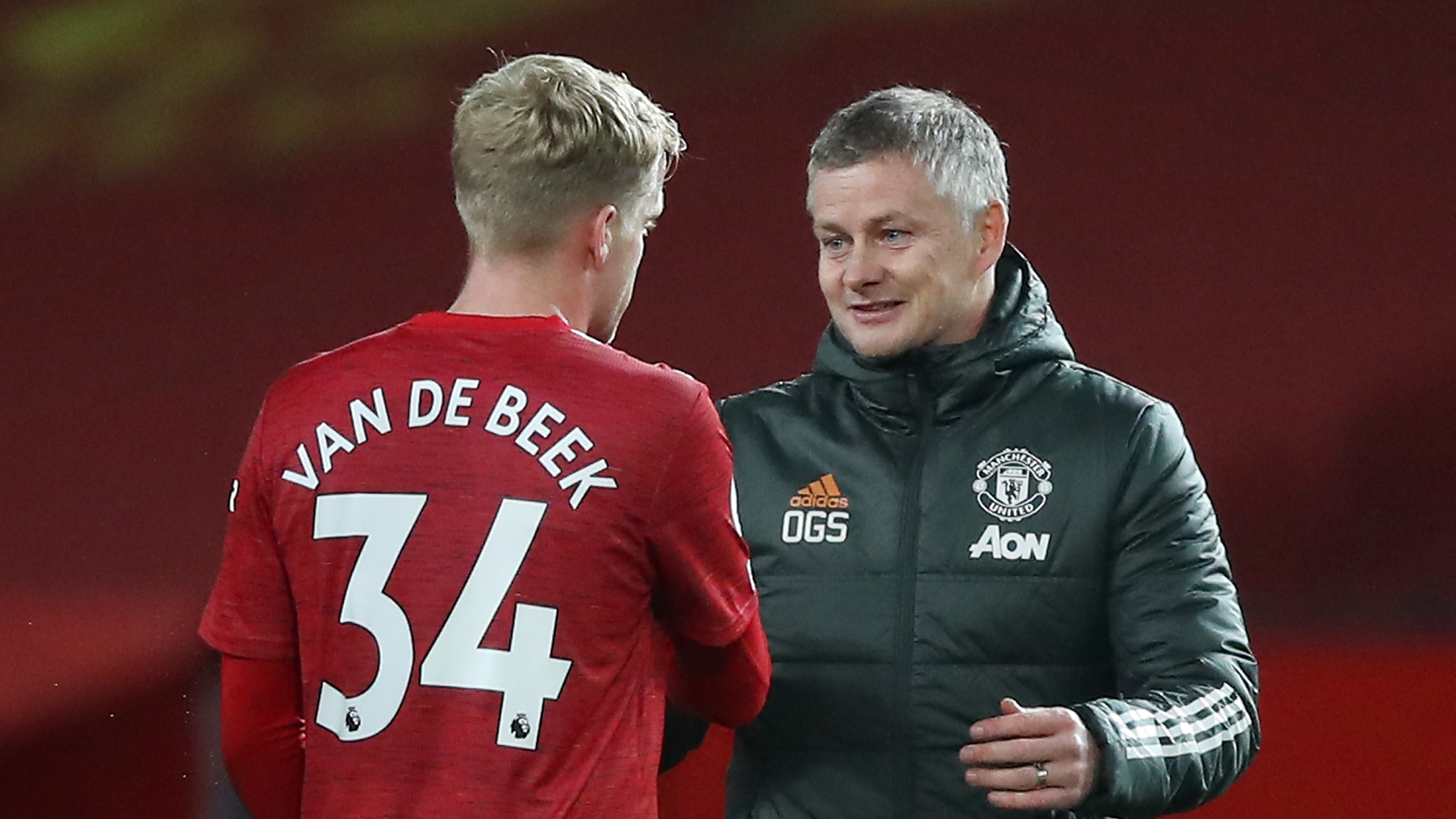 The ex-Ajax star has endured a slow start since his £40 million ($55m) move to Old Trafford last summer, but was dominant on Tuesday night

Van de Beek has had to be patient since his £40 million ($55m) move to Old Trafford, but was dominant during the European clash on Tuesday night.

Deployed in a deeper role alongside Fred, the Dutchman's discipline in that area allowed Bruno Fernandes to be freed up to excel further up the pitch.

Fernandes scored twice in the opening 20 minutes as United dominated in midfield, and Van de Beek said he is happy to play further back should that be what Solskjaer requires.

“It worked really well,” Van de Beek told MUTV . “Some games I play No.10 and sometimes the coach needs me in the control position. That is fine for me because before, when I played at Ajax, I was playing in those positions, so it is okay.”

United now need only one point to qualify for the Champions League knockout stages from their final two group-stage games, having recovered from a shock defeat away to Basaksehir in the third match of the group.

Van de Beek was pleased with United's reaction to the 2-1 defeat in Turkey, but admitted their second-half performance - in which Basaksehir scored a free-kick and hit the crossbar as they threatened to get back in the match - was not acceptable.

“The first half was really good especially the first 30 minutes and we played nice football and scored nice goals. In the second half we lost too many balls and gave them some chances but the last five minutes we controlled the game again.

“We had some chances in the second half to make the fourth goal before we did but we lost too many balls, and then the control of the game you lose that. It was not good from our side.”

United now only need to avoid defeat at home to PSG or away to RB Leipzig to advance.

“It is not finished but we are in a good position. We need to keep working and everything will be fine," Van de Beek said.