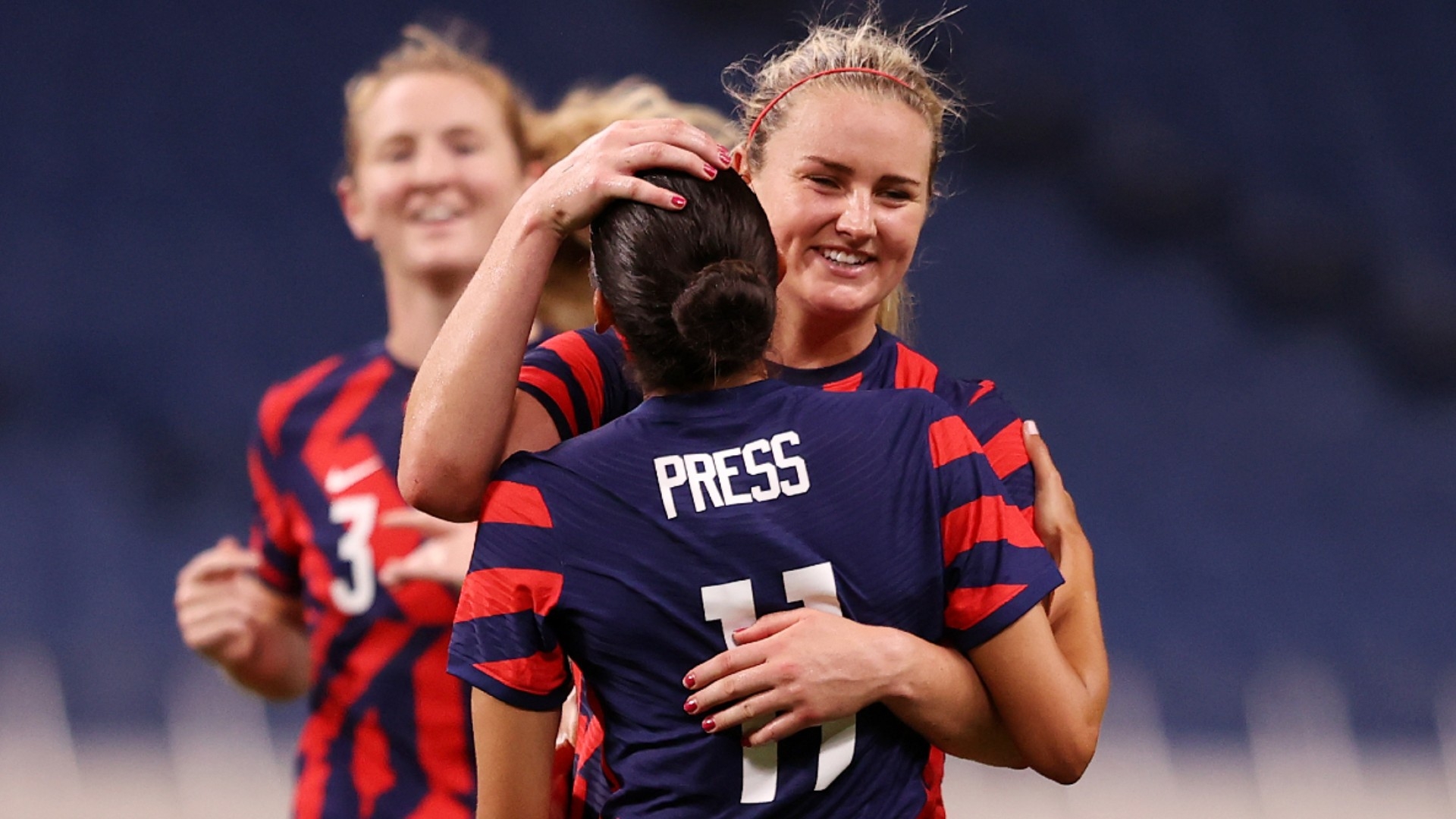 The USWNT will meet the Netherlands in the Olympics soccer quarter-finals, while Great Britain are set to face Australia for a place in the last four.

The group stage of the women's tournament is now complete, with Chile, Zambia, China and New Zealand all sent packing after the latest round of matches.

Team GB have advanced as Group E winners, while the USWNT have finished second in Group G behind Sweden as they continue to chase down another gold medal.

The USWNT's journey so far

The United States were initially billed as heavy favourites to win the tournament due to their status as the reigning world champions, but suffered a surprise 3-0 defeat to Sweden in their opening fixture last Wednesday.

Vlatko Andonovski's side bounced back from that disappointment to thrash New Zealand 6-1 at the weekend, and that result left them needing just a point from their final pool outing against Australia.

The USWNT drew 0-0 with the Matildas on Tuesday to book their place in the last eight, but will likely have to raise their game in order to get any further after another unconvincing display in Tokyo.

The game against the Netherlands will be a repeat of the 2019 World Cup final, which the USWNT won 2-0 in France.

Team GB opened their Olympics campaign with an impressive 2-0 victory over Chile, with Ellen White grabbing both the goals for Hege Riise's team.

White was the matchwinner again on matchday two as Team GB beat Japan 1-0 to make sure of their spot in the quarter-finals.

They then wrapped up their group-stage schedule with a 1-1 draw against Canada, with a late Caroline Weir effort cancelling out Adriana Leon's opener and securing top spot in the group.

Who else has made the quarter-finals?

Sweden will be protecting their 100 per cent record when they take on Japan, and Canada are due to come up against Brazil, with all four of the quarter-final ties scheduled to take place on Friday, July 30.