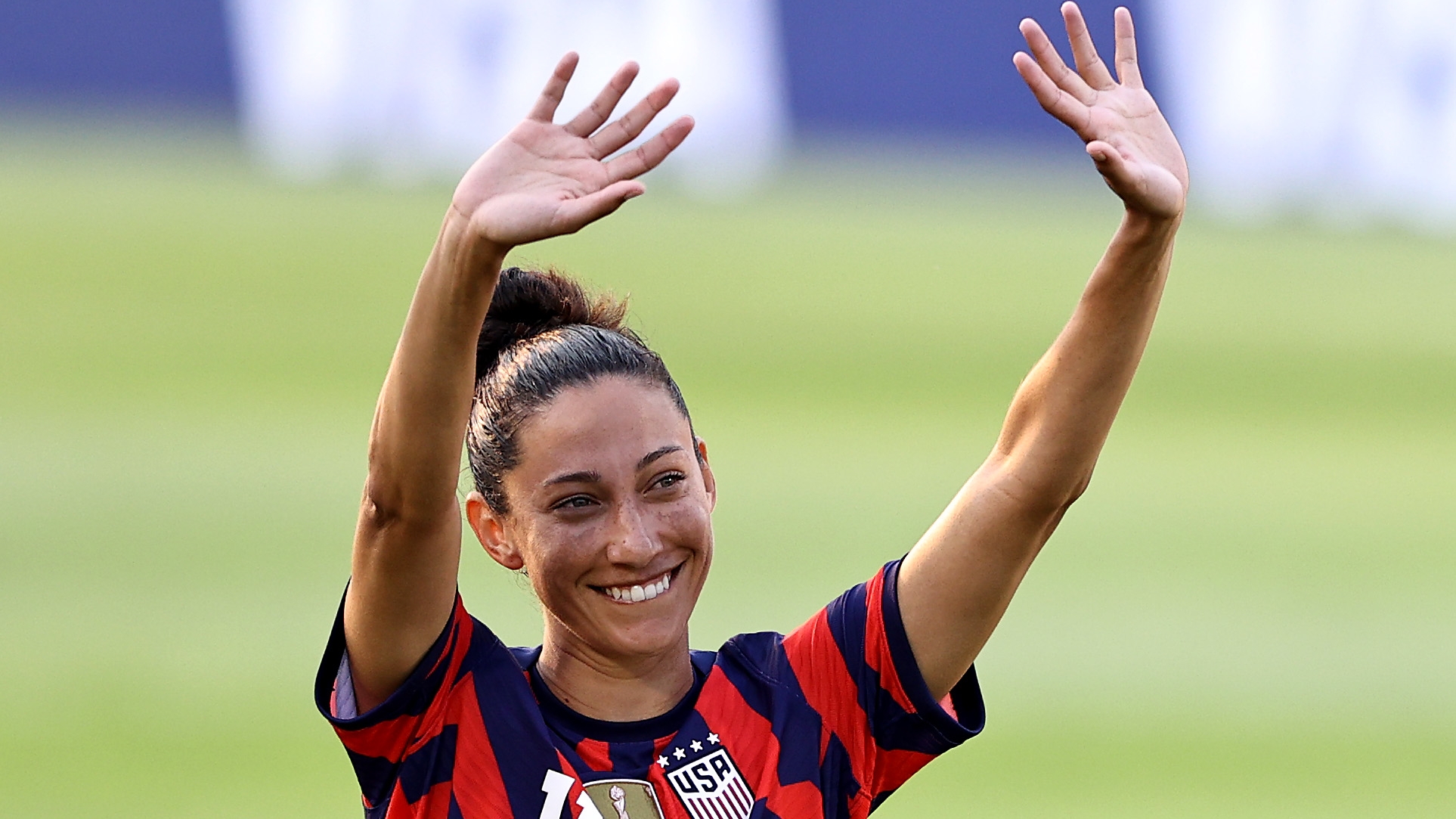 The 32-year-old, who was scheduled to play for fellow new outfit Racing Louisville, has instead sealed a return to her hometown next season

The 32-year-old, who was scheduled to play for fellow new outfit Racing Louisville in their maiden season this year, has seen her playing rights traded to the Los Angeles outfit as their first capture.

The midfielder, most recently with Manchester United on a one-season deal last term, seals a move to her hometown and will likely become the flagship face of the California-based side as they look to establish themselves in the top tier of women's football.

"It feels like a moment that I've been hoping for for a really long time," Press told The Athletic ahead of City's announcement of her capture. "I was born and raised in Los Angeles and I’ve kept my heart and my roots [here] this whole time.

“This is where I’m supposed to be. I spoke with Eni [Aluko, Angel City sporting director] sometime between the Olympics and now and have been in communication for a while now. It’s definitely been a whirlwind.

"I think that there’s some understanding of leadership ... of building a culture and shaping what’s to come. I think there’s been a series of circumstances that ,have led me to this moment and the timing kind of seems a little magical.”

What does Press' move mean?

Having been previously expected to join Louisville following the completion of her Olympic campaign at Tokyo 2020, Press will now depart without playing a single senior game for the club.

“We are pleased to secure a deal where we get a top first-round draft pick, receive a significant allocation amount and, importantly, protect our squad,” said Racing executive James O'Connor.

“On top of all that it is also nice that Christen gets to come back to the league and play for a new team at home in Los Angeles. We wish her the very best of luck at Angel City.”

With Press under their belt, Angel City will look to push on and recruit well ahead of their debut campaign next year, as they aim to make an immediate impact.

The outfit, led by an ownership group that includes actress Natalie Portman and tennis player Serena Williams, along with a host of former USWNT stars, have already shown their ambition with Press' arrival.

For the player, it is also the chance to earn some long-awaited domestic silverware, having failed to match the trophy haul she has achieved at international level when it has come to club form.