USWNT defender Purce: 'No limit' to what athletes can achieve in racial justice fight – but silence of some is 'telling' 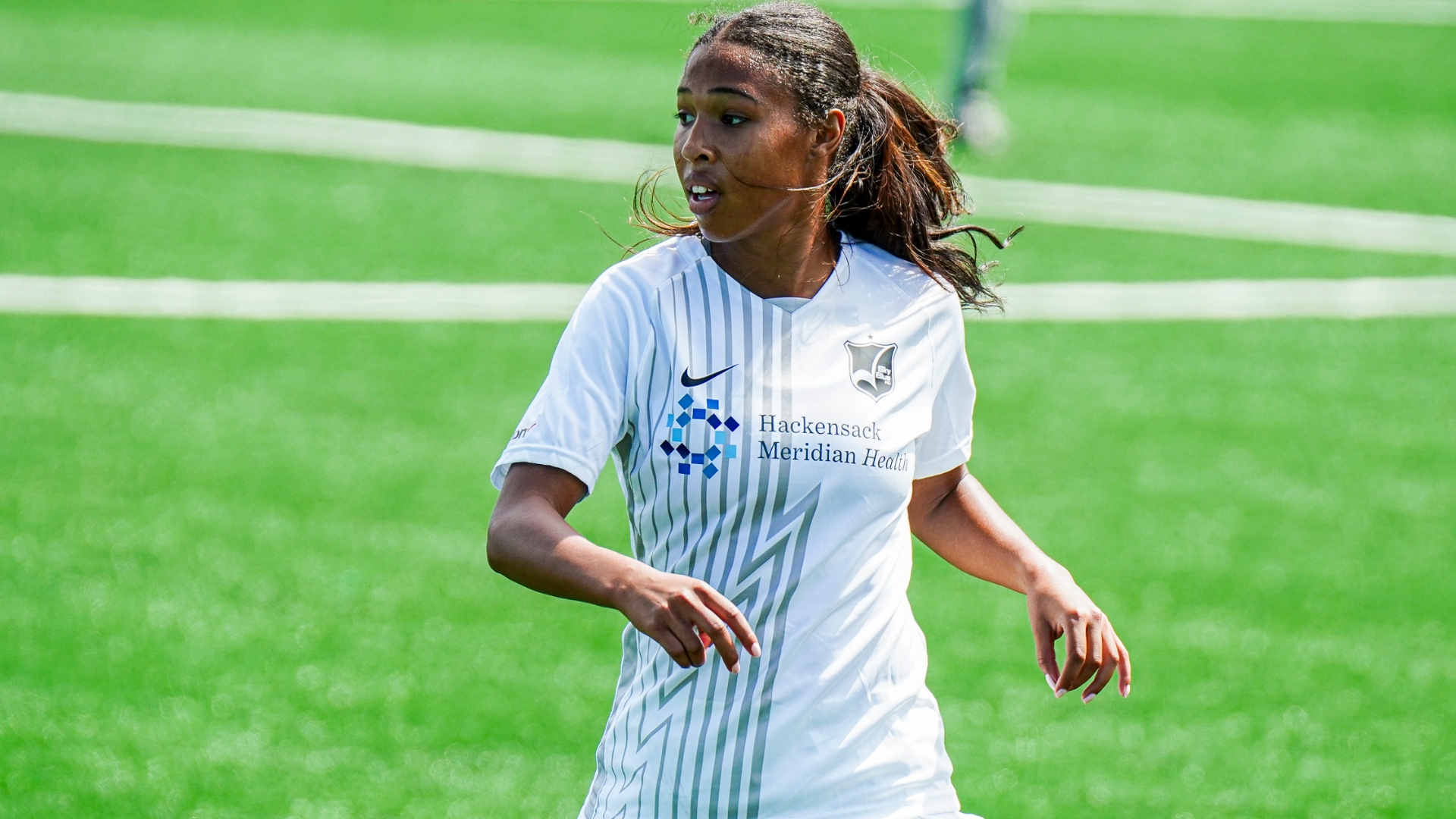 Midge Purce believes there are no limits to what athletes can achieve in the fight against racial inequality - but the silence of some “doesn’t go unnoticed.”

The Sky Blue FC and U.S. national team forward/defender has been a vocal proponent for racial justice, as the United States has undergone another reckoning over race and police violence this summer.

As the first American sports league to return to the field after the country’s coronavirus shutdown, the NWSL was on the front lines of the collision between sports and social justice.

The Challenge Cup began in June - the month in which hundreds of cities across the country were flooded by protesters in the aftermath of George Floyd’s death in Minnesota at the hands of police.

Purce said that speaking with many people in her network during that time was both encouraging and exhausting.

“I totally understand where she comes from,” McDonald said. “There are people I've come across who just didn’t understand, or they refuse to, so it can be frustrating. People have their own opinions and it just boils down to the fact that this is a very exhausting situation for us as Black people. It’s tiring, it’s draining, it’s exhausting.”

Purce was quick to point out, though, that her Sky Blue teammates have been in her corner throughout.

“I can say that my team had a number of superstars when it comes to being open to understanding things and actually just their initial understanding of race relations and history, so that was a nice thing to see,” she said.

Another positive, Purce, said, was that the difficult experience she and others had during the Challenge Cup helped fuel the founding of the Black Players of the NWSL.

The coalition “was born out of this sentiment of focusing on creating actionable change rather than changing the opinions of individuals who have already made a choice that they believe what they believe. It's great to come out of that with something that powerful such as a coalition being born.”

As for the actionable change they wish to create, Purce says they will soon announce “very specific goals that we want to achieve.”

Athletes, though, are not in a position to enact real change in the same way a politician is. Creating societal movements is not in their job description and many have shied away from taking a stand in the past. What they do have, however, is a platform and a captive audience who will respond to their words and actions.

Asked what a band of professional athletes can reasonably be expected to achieve, Purce is idealistic.

“Realistically there is absolutely no limit,” Purce said. “I genuinely believe that to my core. I think that the number of fields we can create change and influence are so broad that when we get together and we set these goals and these aims I don't think there’s a limit.”

However making lasting change will be much easier if everyone pulls their weight. Though many players of all races have been adament in their viewpoints, others have not. Their silence, Purce said, speaks volumes.

“Where you stand, how much you use your voice, that’s up to you, but it doesn’t go unnoticed,” Purce said. “People talk about things that they care about, that’s a fact.

“It’s human nature, you talk about what’s important to you and what you prioritize and if among all these killings and everything that we’re trying to do, you feel it’s important to talk about the new froyo you just got but not acknowledge something else that’s going on, I think that’s telling. Especially if you’re a friend.”