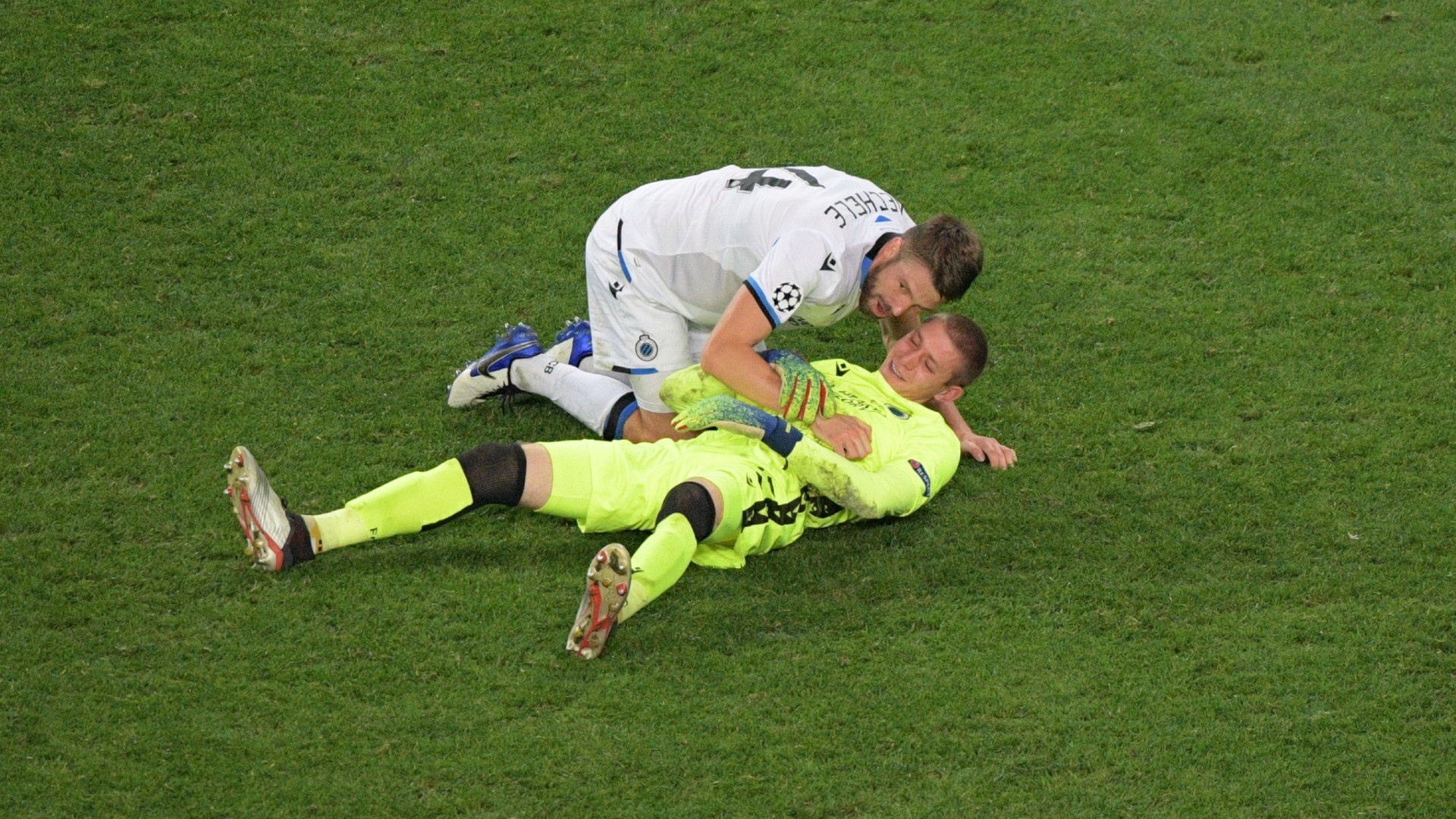 The goalkeeper made a long-awaited return to the starting line-up on Tuesday, leading his side to a victory over Zenit Saint Petersburg

U.S. men's national team goalkeeper Ethan Horvath says he "just needed to let it out" after breaking down in tears while celebrating Club Brugge's Champions League victory on Tuesday.

The 25-year-old shot-stopper started Club Brugge's 2-1 victory over Zenit Saint Petersburg on Tuesday, which saw the Belgian side claim victory thanks to a 93rd-minute goal from Charles De Ketelaere.

It was Horvath's first start since September 2019, with the American brought in to replace former Liverpool star Simon Mignolet who missed out after testing positive for the coronavirus.

Horvath was on the unfortunate end of an own goal in the second half after a Dejan Lovren striker cannoned off the post, hit the goalkeeper and went in, but the American did make two vital saves to keep Club Brugge in the match.

After the game, Horvath was in tears as he celebrated with teammates, and he later explained that he was simply overcome by the moment given the events of the past year both on and off the field.

"I haven't played for such a long time," he said, "so to be able to contribute to the team's victory with what's going on with the pandemic, come December it will be one year since I've seen my mom and dad, so it was just a whole bunch of emotions. The fact that we won, it was the cherry on top, so I just needed to let it out."

Intense emotions after the game... We're proud of you, Ethan! 💙🖤 #ZenClu #UCL pic.twitter.com/vyHciHrvCF

Horvath's performance made an impression on Belgium national team manager Roberto Martinez, who was serving as a pundit for CBS Sports.

While watching a match featuring some players in his national team pool, Martinez says he was left impressed by Horvath's standout effort in goal.

"I thought he was commanding. I thought the way he controlled his back four was excellent. You can see the reactions. Overall, it was never in danger," Martinez said on CBS.

"The way the teammates care for him at the end of the game, he was so relieved that the team won because they deserved to win. He hasn't played for a long time. It's very difficult.

"He's 25 so he needs to play constantly, but that moment, winning the game, it makes a big big difference. He'll be delighted and you can see he's a very popular boy in that dressing room."

Club Brugge, who currently sit atop the Belgian Pro League, were drawn into a group with Zenit as well as Lazio and Borussia Dortmund, with the Italian side taking down the German contenders on Wednesday to join Horvath and co on top of the group.

Horvath, who has earned four caps for the USMNT, believes that his side is being overlooked, even after Tuesday's vital victory.

He said: "A lot of teams, and probably or opponents, count Brugge as a weaker opponent, but I think this was a perfect start to show that you should not underestimate Brugge."