These days, people in the United States hate an ever-growing list of things - perhaps most of all, each other.

But even with negativity seemingly as high as ever as the Covid-19 pandemic extends into a 19th month, stateside aversions to soccer and conversations about mental health have continued to subside, with both topics entering the mainstream in ways once unimaginable.

It's allowed a multi-million dollar bet on a streaming show about soccer and the often hidden depression and anxiety experienced by people in sports to become a cultural phenomenon.

The success of Apple TV+’s Ted Lasso, which aired its Season 2 finale on Friday, has probably led to additional interest in soccer and further embrace of emotional awareness, yes, but it’s also simply served as a barometer for where the U.S. is at in terms of accepting these subjects.

The first season recently won seven Emmys. The second season, while not quite able to reach the heights of the first, will surely be in line for additional recognition the next time Hollywood’s TV elite come together for the award spectacle.

“It was important, it just felt necessary [to focus on mental health],” lead actor Jason Sudeikis told the AP. “It’s a big thing going on in the world these days. You know, we have prime examples recently even in the Olympics with (U.S. gymnast) Simone Biles.

“It doesn’t just happen on television, it happens to people we work with, we carpool with. It just seemed honest and severe and relevant.”

Indeed, research suggests that mental health disorders are on the rise, with anxiety and suicidal ideation on the rise during a pandemic that's dealt severe psychological blows for well over a year. 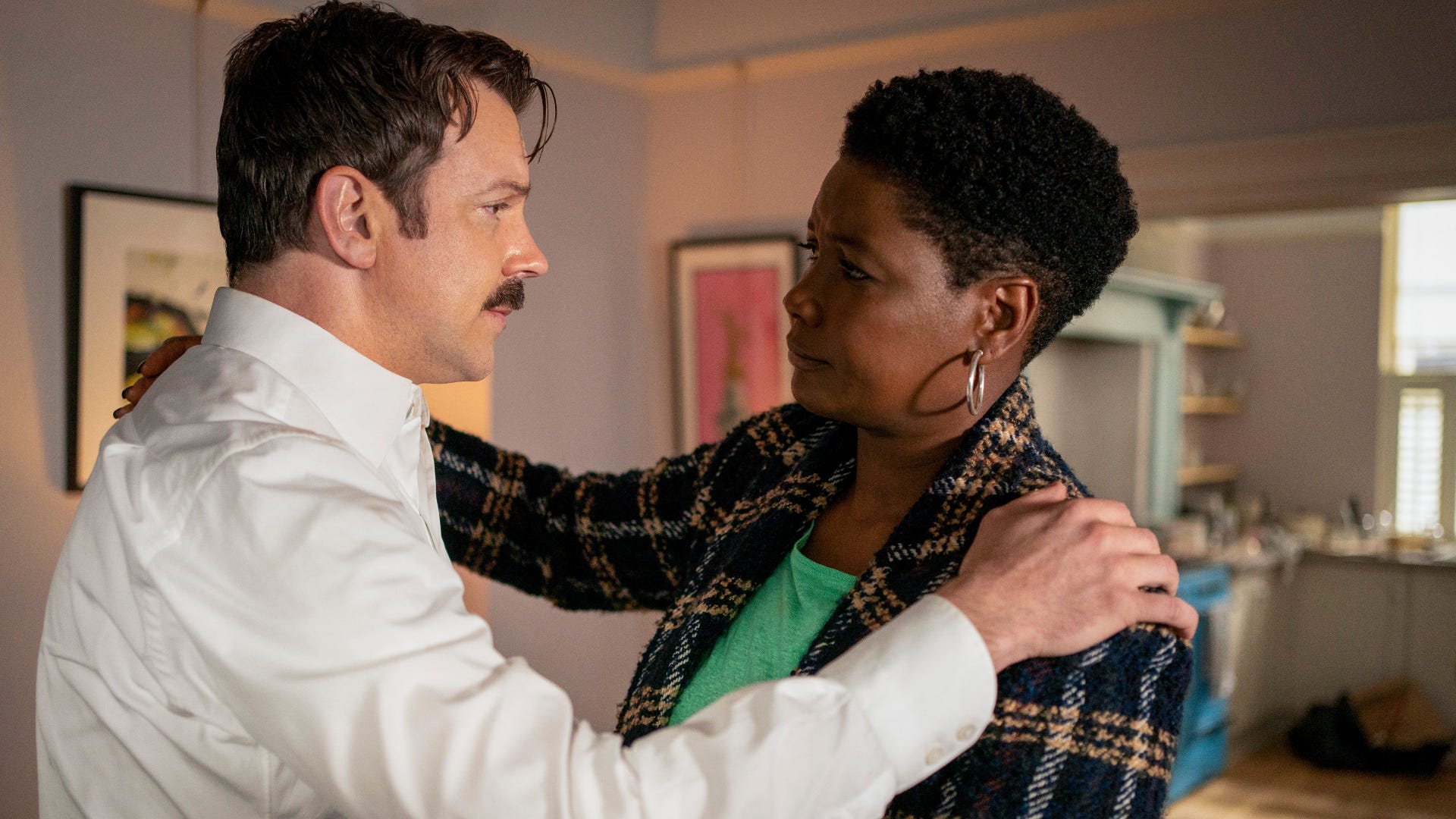 For those who haven’t watched, Ted Lasso follows an American football coach hired to take over fictional Premier League side AFC Richmond. Though the soccer aspect informs the larger plot arc, the show tracks off-the-pitch relationships between staffers, players, press and locals more closely than the matches themselves.

In Season 1, Richmond suffers relegation to the Championship. In Season 2, the club vies for a return to the top flight.

But mental health, not the promotion charge, is the central thread of the second season: Lasso, the Richmond head coach, grapples with a divorce that has left him feeling isolated in England as well as the lingering pain inflicted by his father's suicide when he was a teenager.

Lasso experiences a panic attack during a match and worries about how the public might perceive the incident.

For those who haven’t gone through an episode like that in a sold-out stadium, it’s a terrifying, disorienting experience, and the head-spinning camera work in the scene portrays the feeling well. Take it from someone who's been there before, and whose bathroom cabinet is a haven for medicine bottles bearing whimsical names to treat less-whimsical conditions.

It should be noted, however, that there are some dark places Ted Lasso chooses to avoid. Aside from a newspaper exposé written about Lasso's panic attack, which leads to some primative TV talk show discussion panning his leadership ability, he really doesn't need to deal with too much public criticism. The season ends with his spirits high.

That runs in contrast to some of the experiences of real-life athletes this year. Biles was destroyed for dropping out of Olympic events in Tokyo and tennis star Naomi Osaka has been targetted for dropping out of the French Open due to depression. They received support from fellow athletes, but unlike Lasso they have not gotten depression-to-contentment journeys that take mere months to resolve.

Maybe a show that thrives because of the genuine warmth of its lead character isn't ready to go all the way down that path, and that's understandable.

Regardless, Ted Lasso does carry serious messages, touching on issues the U.S. population is only now starting to embrace.

Season 3 has already been confirmed to be happening with a new deal allowing producers to use Premier League logos, club kits, archived footage and the league’s trophy into episode. The gamble on soccer and emotional vulnerability being things people in the U.S. would embrace has paid off for Apple to the extent that Ted Lasso is now the gemstone of its programming.

Twenty years ago, this never could have happened.