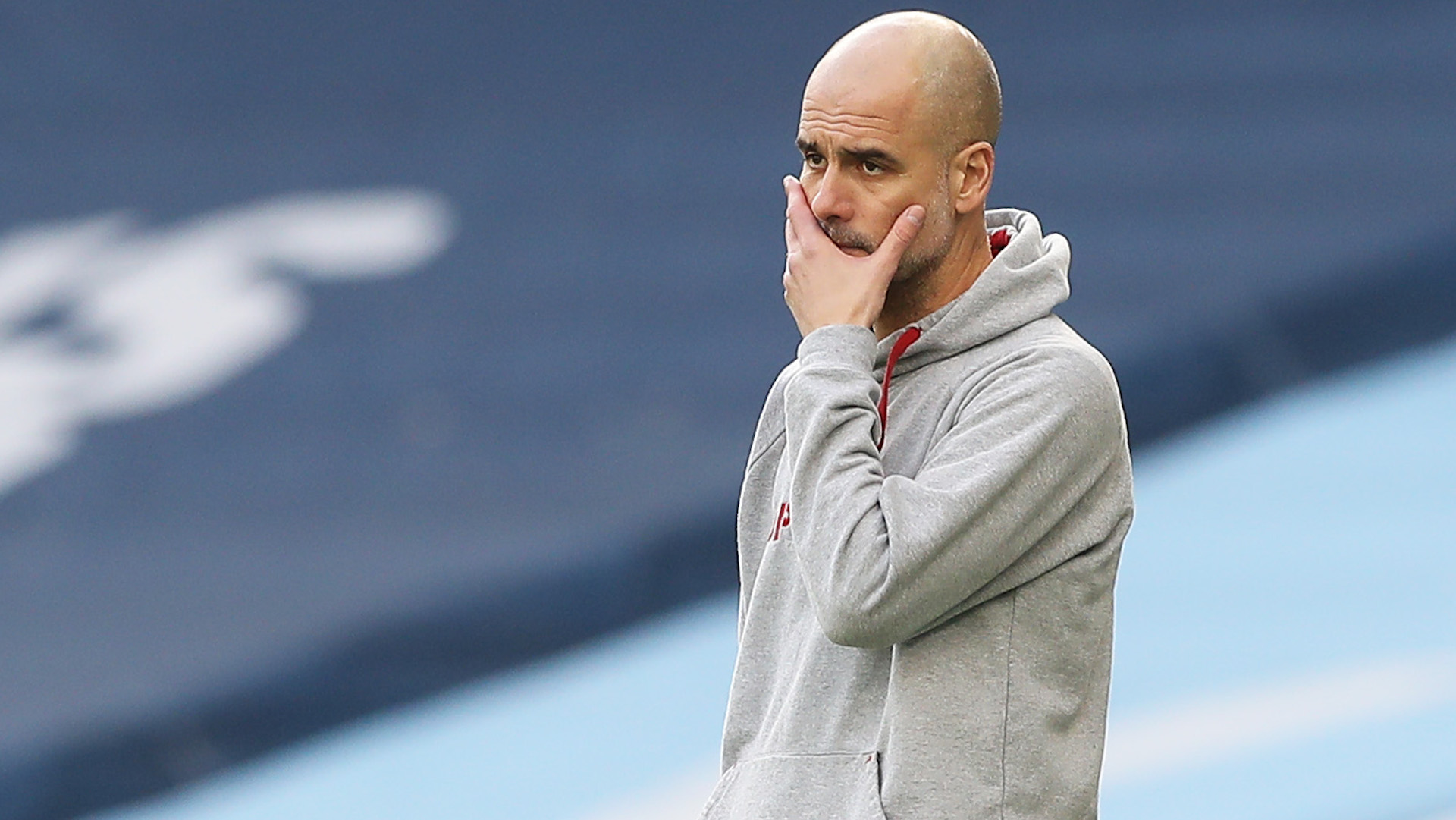 Pep Guardiola has defended his rotation policy amid Manchester City's ongoing bid to win the quadruple, while claiming that "UEFA & FIFA killed the players" with their scheduling choices.

Guardiola made six changes to his starting XI as City moved another step closer to the Premier League title by beating Leicester City 2-0 at the King Power Stadium on Saturday.

The Spanish tactician has vowed to keep tinkering with his line up ahead of a Champions League quarter-final meeting with Borussia Dortmund, insisting his players cannot be expected to play three games in a week without proper rest.

"They are human beings, they are not machines," Guardiola told reporters. "I know the players, some of them are upset all the time because they want to play every day but this is not possible.

"Of course they could play, they have an incredible mentality but they need rest. UEFA and FIFA killed the players because it's too much. We haven't had one midweek off since we started, not even one.

"There is no player who can sustain (this), not just physically but mentally to be ready every day to compete against opponents to win the game. It's impossible.

"I rotate I'm a genius, 'well done Pep' but when we lose and I rotate people say 'why rotate? You have to play the players like normal'. But it's unsustainable.

"The next game we are going to play fresh legs and against Leeds [United], more than ever, fresh legs."

City also have an FA Cup semi-final showdown against Chelsea and a Carabao Cup final clash with Tottenham to look forward to later this month.

If they manage to reach the final of the former competition and the Champions League, Guardiola's side will play a total of 15 more matches before the current season ends.

City will face Dortmund on Tuesday after just two full days of rest before looking ahead to their top-flight meeting with Leeds next weekend.

City could make life easier for themselves if they pick up at least 11 points from their next three Premier League outings, which would be enough for them to clinch the title.

Guardiola would then be able to make wholesale changes for his team's final four games while fielding his strongest line up in the cup competitions.

City have already proven they have enough strength in depth to compete on four silverware fronts, and if their manager continues to manage minutes efficiently in the final weeks of the campaign, few would bet against them winning all of the trophies on offer.