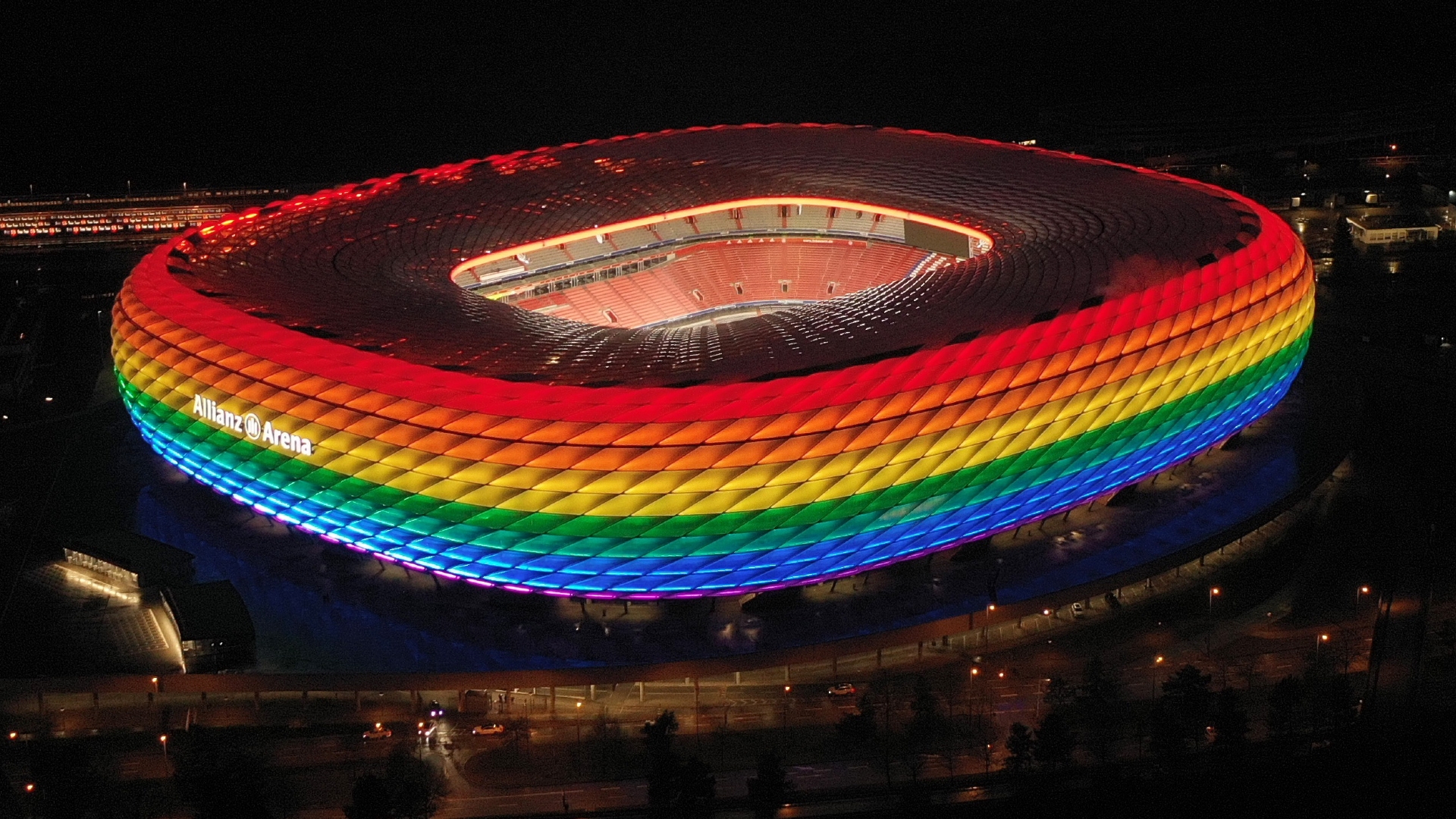 UEFA has blocked Germany's plan of illuminating the outside of Allianz Arena with rainbow lighting on Wednesday for their Euro 2020 meeting with Hungary.

There have been allegations of anti-LGBT+ banners being displayed in Budapest earlier in the tournament, and Hungary has just passed legislation banning schools from disseminating content deemed to promote homosexuality and gender change.

Despite local support in Germany for showing solidarity towards LGBT+ people, UEFA has announced that they will prohibit rainbow lighting during the Group F fixture in order to maintain a neutral stance with regards to political matters.

"Racism, homophobia, sexism, and all forms of discrimination are a stain on our societies - and represent one of the biggest problems faced by the game today," a statement released by European football's main governing body reads.

"Discriminatory behaviour has marred both matches themselves and, outside the stadiums, the online discourse around the sport we love.

"However UEFA, through its statutes, is a politically and religiously neutral organisation. Given the political context of this specific request - a message aiming at a decision taken by the Hungarian national parliament - UEFA must decline this request."

What else has been said?

DFB spokesman Jens Grittner warned that UEFA might prevent Germany from being able to show support for the LGBT+ community due to their stadium laws before the final announcement was made.

The government in Munich has also considered flying rainbow flags elsewhere in the city regardless of UEFA's final stadium decision.

Germany midfielder Leon Goretzka was among the many members of his national team to back the LGBT+ symbolism this week.

"It would be completely absurd if we had to apologise for it because it is absolutely clear what that stands for," Goretzka said. "We as a football world want to counter racism and homophobia with diversity."

The Allianz Arena situation comes after UEFA had initially started an investigation into Manuel Neuer's rainbow armband that he has worn at Euro 2020.

Amid pressure, the governing body relented and has dropped the probe, explaining "the armband has been assessed as a team symbol for diversity and thus for a 'good cause'."