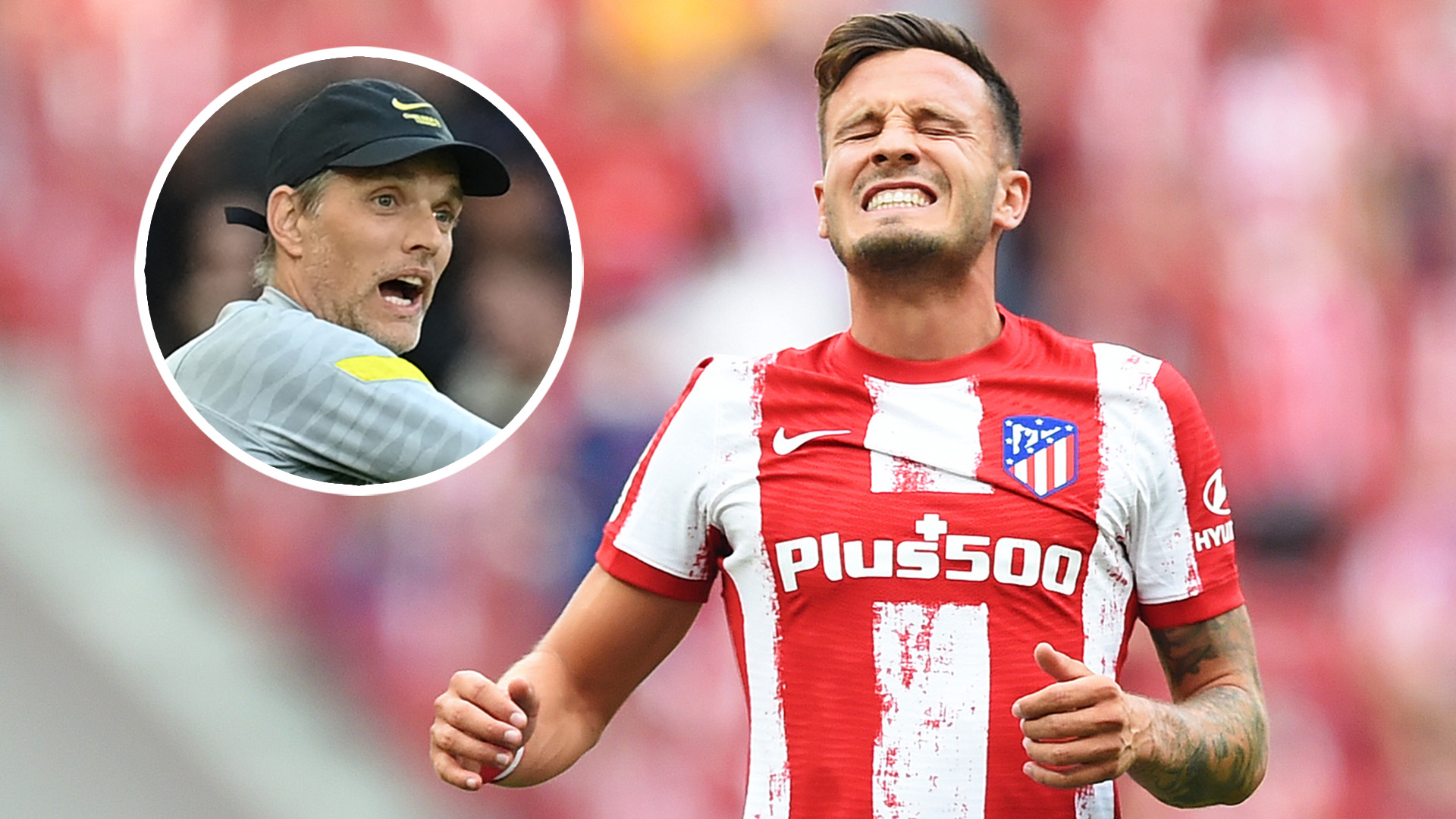 At around 11am on transfer deadline day, the prospect of Saul Niguez joining Chelsea looked as far away as it had been at any point over the summer.

"The deal is off," was what one source close to the negotiations told  Goal , with the various parties involved in the deal unable to come to an agreement.

Fast-forward 12 hours, though, and suddenly Saul was London-bound, with the paperwork confirming his loan signing filed to the Premier League with just three minutes to spare.

"I thought 'this is not going to come in and that's it'. It has been a long afternoon and night," Saul, who spent the day sat in the Stellar agency's Spanish offices,  told internet celebrity Ibai Llanos during a Twitch conversation following the completion of his move to Stamford Bridge.

"My wife was very nervous. We have had some very complicated days because this decision is not easy. Leaving my home on a new adventure is complicated."

So what convinced Saul to make such a "complicated" decision, and how did it go from being dead to very much alive in the space of half a day?

The Spain international had made it clear that he would be open to a transfer should the right opportunity arise this summer, with Saul having seen his form dip over the past two seasons.

Diego Simeone has used the 26-year-old's versatility to play him in a variety of roles, from a No.10 to a wing-back and almost everywhere in between, and that lack of consistency in his role has not helped Saul's game.

Simeone, though, was not keen on letting one of the key figures in Atletico's recent rise leave unless a replacement could be sought.

The opportunity to bring Griezmann back to the Wanda Metropolitano from Barcelona did not arise until the final hours of the transfer window, but when it did, Atleti were keen to get the deal over the line.

A mad rush ensued as the rather complicated terms of Griezmann's initial loan move to the Rojiblancos, as well as the deal for Luuk de Jong to transfer from Sevilla to Barca to replace him, were ironed out late into the night.

Eventually an agreement was reached, which in turn allowed Saul to leave after a pre-season in which his agents had been busily offering him around various Premier League clubs.

It had been felt that the English top flight was the perfect place for Saul to both be happy off the pitch while rebuilding his career on it, as he aims for a place in the Spain squad for the 2022 World Cup having not played for La Roja since November 2019.

Manchester United and Chelsea emerged as the two frontrunners in the race, but it was the influence of Thomas Tuchel that proved to be the deciding factor for Saul.

In a call with the player, Tuchel outlined his plans to use Saul solely as a central midfielder, rather than moving him around the pitch as Simeone had grown used to doing.

With Billy Gilmour spending the season out on loan at Norwich City, Tuchel was keen to add a fourth midfield option to his squad alongside N'Golo Kante, Jorginho and Mateo Kovacic.

The Blues are competing on five fronts this summer, with a trip to Japan to take part in the Club World Cup in December on their agenda having won last season's Champions League, and as such Tuchel requires enough options to rotate his squad effectively.

Adding "a proven winner", as Saul was described as being by Chelsea director Marina Granovskaia, to his group was therefore ideal for Tuchel as he aims to build on his encouraging first half-season in west London.

"The three midfielders who are playing are at a high level. It will not be easy to play, but if I put my mind to it and fight it, I can get it," Saul said of his own situation at his new club.

"Chelsea has promised me to train in my position [midfield], but to play we will see. To return to certain roles that I do not play in now - that is the most important reason for my decision.

"This transfer is a step out of my comfort zone for me. I believe that you will see a new Saul in a new [better] place."

That lack of a comfort zone will at least be helped by the presence of Saul's close friend Kepa Arrizabalaga - who he asked to speak to him in English to help with learning a new language -  as well as fellow Spain internationals Cesar Azpilicueta and Marcos Alonso, the latter of whom he spent time alongside in the Real Madrid academy.

Regardless, it is no doubt a challenge for Saul after he looked like he would become one of the finest midfielders of his generation during his early years in the Atletico first team.

Earning a regular place in Tuchel's midfield will likely prove difficult in the early weeks, but he need only look at the way Kovacic was able to turn an initial loan move into a permanent transfer for inspiration.

The Croatia international was able to establish himself enough under Maurizio Sarri that the Italian's successor, Frank Lampard, signed off on the £40 million ($51m) transfer of the ex-Real Madrid man in the summer of 2019, and Saul will be hopeful of doing the same.

Chelsea will have to pay £30m ($41m) should they wish to keep their new No.17 past the end of this summer, though they do have other midfield targets that could also influence Saul's future come May.

The Blues hold a long-term interest in West Ham star Declan Rice and Borussia Dortmund teenager Jude Bellingham, though both would cost far more than Saul given their statuses as young England internationals.

There is then an opportunity for Saul to show why he has the potential to be a bargain for the Blues if he can revitalise himself at Stamford Bridge.

He is certainly determined to do so, and in Tuchel he may have found the perfect coach to bring the best out of him once more.