After impressing on loan at Nottingham Forest last season, the England Under-21s star joins from Middlesbrough

Tottenham have confirmed the signing of full-back Djed Spence from Middlesbrough as Antonio Conte's side continue their summer spending spree. Spence is Spurs' sixth signing of the summer as they prepare for life back in the Champions League.

How much have Tottenham paid for Spence?

Spurs will reportedly pay an initial fee of £12.5 million ($14.8m) to bring Spence to north London, with a further £7.5m ($9m) potentially due in add-ons if certain clauses are met.

What is Spence's Tottenham contract?

Spence has signed a five-year contract at Tottenham that will see him remain at White Hart Lane until at least the summer of 2027.

Spurs have confirmed the full-back's arrival in an official statement, which reads: "We are delighted to announce the signing of Djed Spence from Middlesbrough.

"The right-back has signed a contract that will run until 2027."

Why have Tottenham signed Spence?

Spence spent the 2021-22 season on loan at Championship side Nottingham Forest, and played a crucial role in the club earning promotion back to the Premier League for the first time since 1999.

The 21-year-old made 50 appearances in all competitions for Steve Cooper's side, and was particularly impressive against Arsenal and Leicester City during Forest's run to the quarter-finals of the FA Cup.

The 2021-22 season was one to remember for one of the shining stars of the #EmiratesFACup campaign, @DjedSpence! 🌟 pic.twitter.com/vLPCL29IfG

An attack-minded full-back, he will be expected to provide a forward thrust from right-wing-back for Conte's side in his favoured 3-4-3 formation.

While Spence will slot into the right-wing-back position, fellow new signing Ivan Perisic is set to come into the team on the left in a changing of the guard at Tottenham.

Fellow new faces Clement Lenglet and Yves Bissouma should also come into the side, but questions remain as to whether there will be a place in the team for the biggest arrival of the summer window, Richarlison. 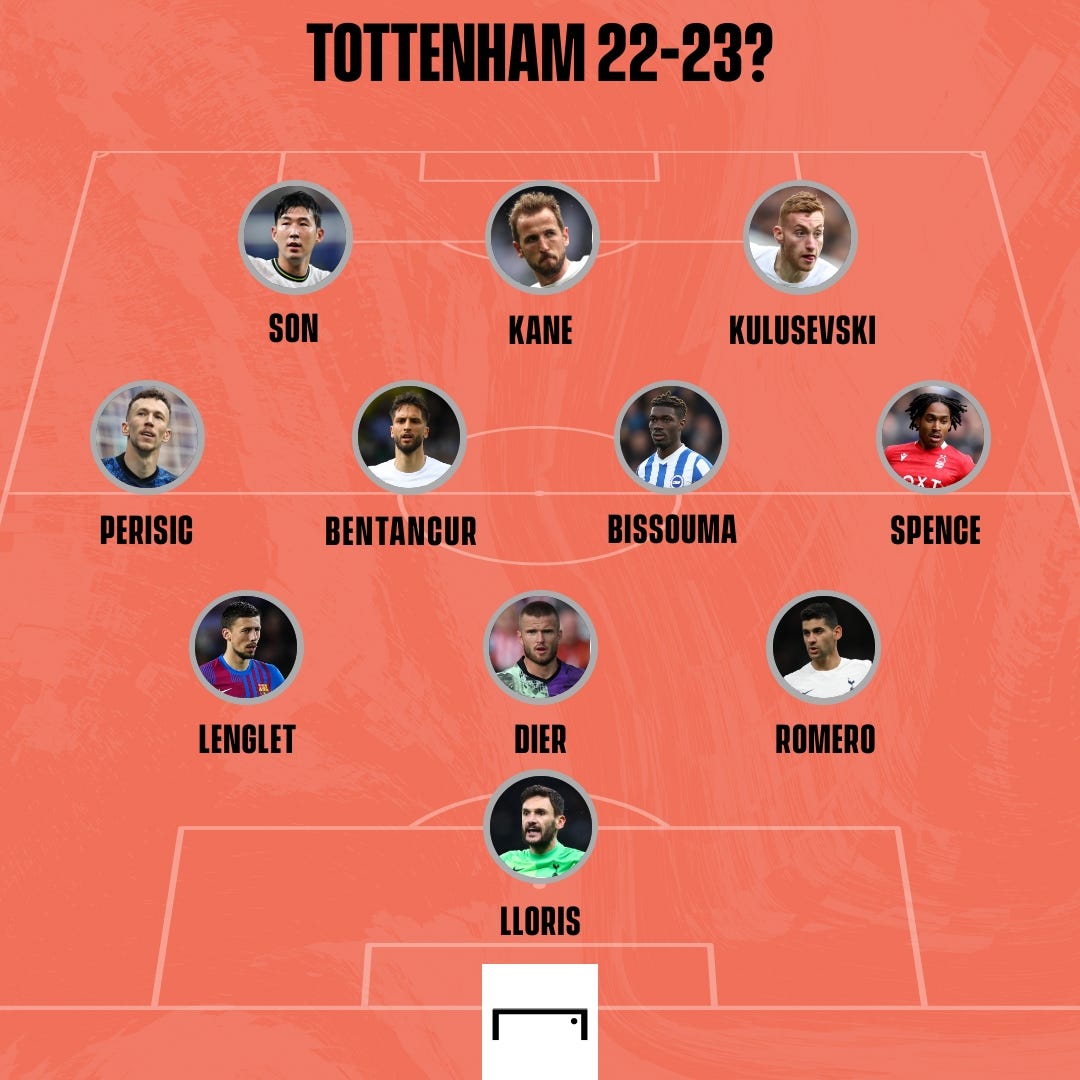 The attack will most definitely feature last season’s Premier League Golden Boot winner Heung-min Son and star striker Harry Kane, leaving Richarlison to battle it out with Dejan Kulusevski for a spot in the line up.

Are Tottenham winning the transfer window?

Tottenham have been one of the busiest Premier League clubs during the summer window as Conte looks to build on last season's fourth-place finish and prepare his squad for its return to the Champions League.

Spence is the sixth senior arrival of the off-season and joins Barcelona loanee Clement Lenglet in bolstering the defensive third of the pitch.

The club's biggest outlay of the summer, though, was the £50m ($61m) they spent on Everton forward Richarlison, with the Brazil international adding to what was already a pretty fearsome attacking unit.

They are not done there, either. Reports suggest that talks are ongoing with Villarreal regarding a move for left-wing-back Pervis Estupinan.

Roma and Italy forward Nicolo Zaniolo has also been mooted as a target, though the arrival of Richarlison may have put pay to that one, with Juventus among the other clubs keen on the 23-year-old.