The man who arrived at a turbulent time for the Greek side has steadied the ship, with the club transformed into one of Europe's most formidable teams

While Tottenham fans were bemoaning the fact that their club made no signings in 18 months, this week’s Champions League opponents Olympiacos were suffering from a different kind of problem. During manager Pedro Martins’ first summer in charge, there was a turnover of 21 players. This summer, again, has seen huge numbers come and go.

Last year, the Portuguese replaced Oscar Garcia, once of Watford and Brighton, and there was more than a whiff of meltdown around the club. AEK Athens were about to end a run of seven consecutive titles for Olympiacos when owner Evangelos Marinakis took the extraordinary step of effectively placing the first-team squad on gardening leave until the end of the season.

Garcia left the day after, citing mutual consent, with Martins announced as his replacement for the following season. Since then, Martins has tried to introduce stability around the club and has in the most part been successful.

“We are working for 16, 17 months so it’s easy when everybody understands our processes. After that the ambition of the employers and the quality makes the difference.”

While PAOK ultimately ended up with the title last term, Olympiacos are undefeated in 17 matches under Martins, a run stretching back to March, and are one of only six Champions League clubs to make 100 per cent winning starts to this point in their domestic league season.

“Olympiacos is a big club in Greece so everybody expects us to win the championship,” Martins says. “We have about five million fans so all the time they expect it.

“In the last 10 years, Olympiacos won the championship seven times. We broke one cycle two years ago. We are starting a new cycle, a new team.

“Last year we changed about 21 players and we started a new sequence with new players and a new philosophy.

“After one year with our work, the team is more ready, we have more experience in the national championship. But every year Olympiacos is the favourite all the time.” 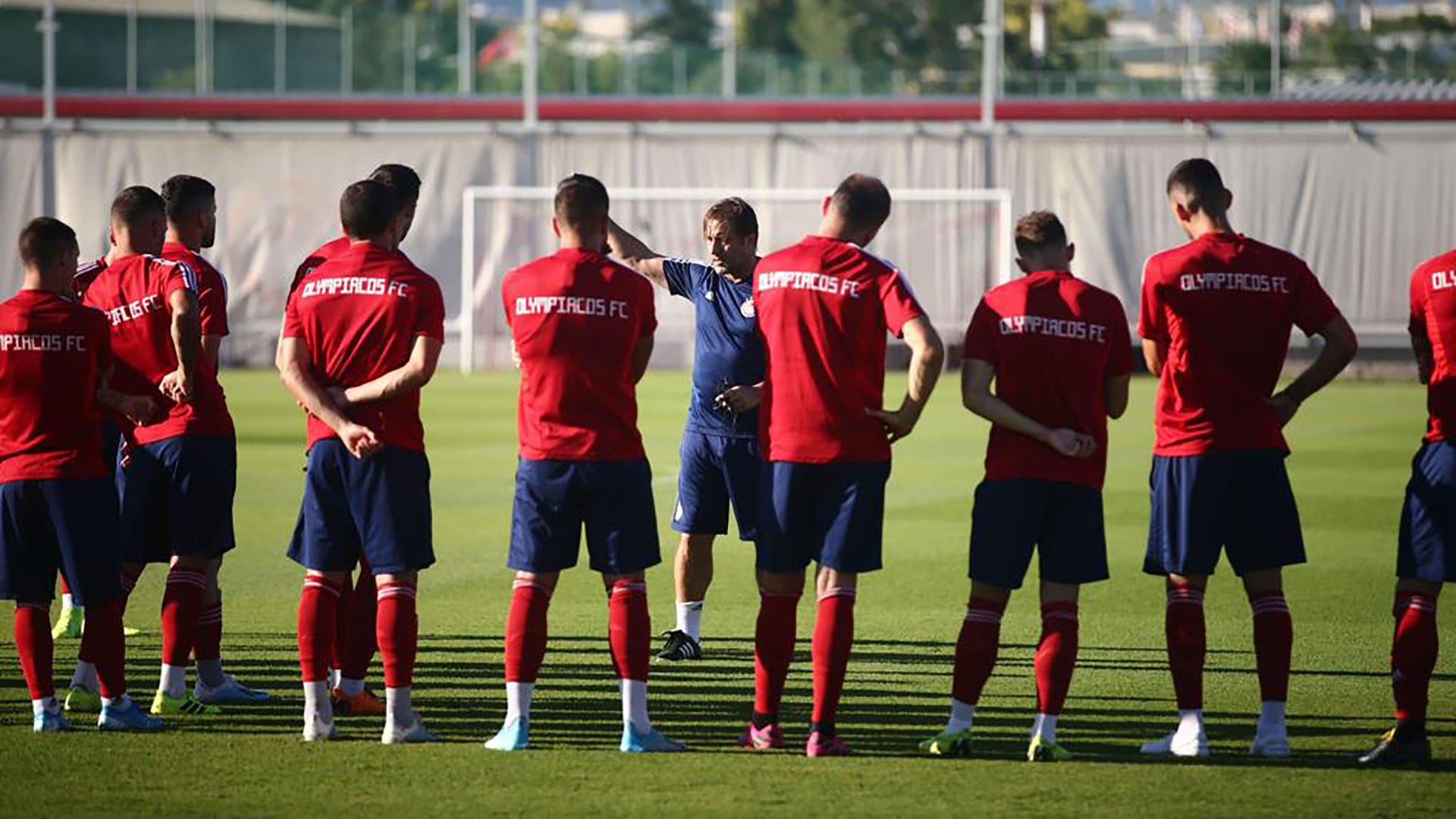 It’s not the easiest of leagues to make a living, with structural concerns and off-field distractions a constant thorn in the side. Last week, for example, up to 100 ultras in Thessaloniki attacked the Olympiacos Under-16 academy side, an assault that has been widely condemned around Greek football.

And towards the tail end of last season, Olympiacos were awarded a 3-0 win in the Derby of Eternal Enemies against Panathinaikos owing to crowd trouble on the part of their opponents, with fans rushing the pitch and attempting to storm the Olympiacos bench. They travel to Pana this weekend after entertaining Spurs.

But on the field Olympiacos have got their act together. Martins has won plaudits for the way his team play their football and his ability to get results. “I want to see my team’s quality,” he says. “Good games, good shows for the fans; the people who pay for the tickets. For me it’s important to have this.”

They have already come through three Champions League qualification rounds to earn their place in the group stage, having seen off Viktoria Plzen, Istanbul Basaksehir and Krasnodar.

This season, at the heart of it all, is a vintage talent in the shape of French playmaker Mathieu Valbuena. He arrived on a free from Fenerbahce and is back playing some of the best football of his career. He set up two and scored one in the 5-0 weekend demolition of Volos.

“He has quality, he has experience and he’s different,” says Martins. “He’s a different player from the common players in the world. When he’s in good shape like he is now, it’s a pleasure to see him in the pitch.

“He’s in good shape. He is ready for this. He is happy; the passion, the motivation.” 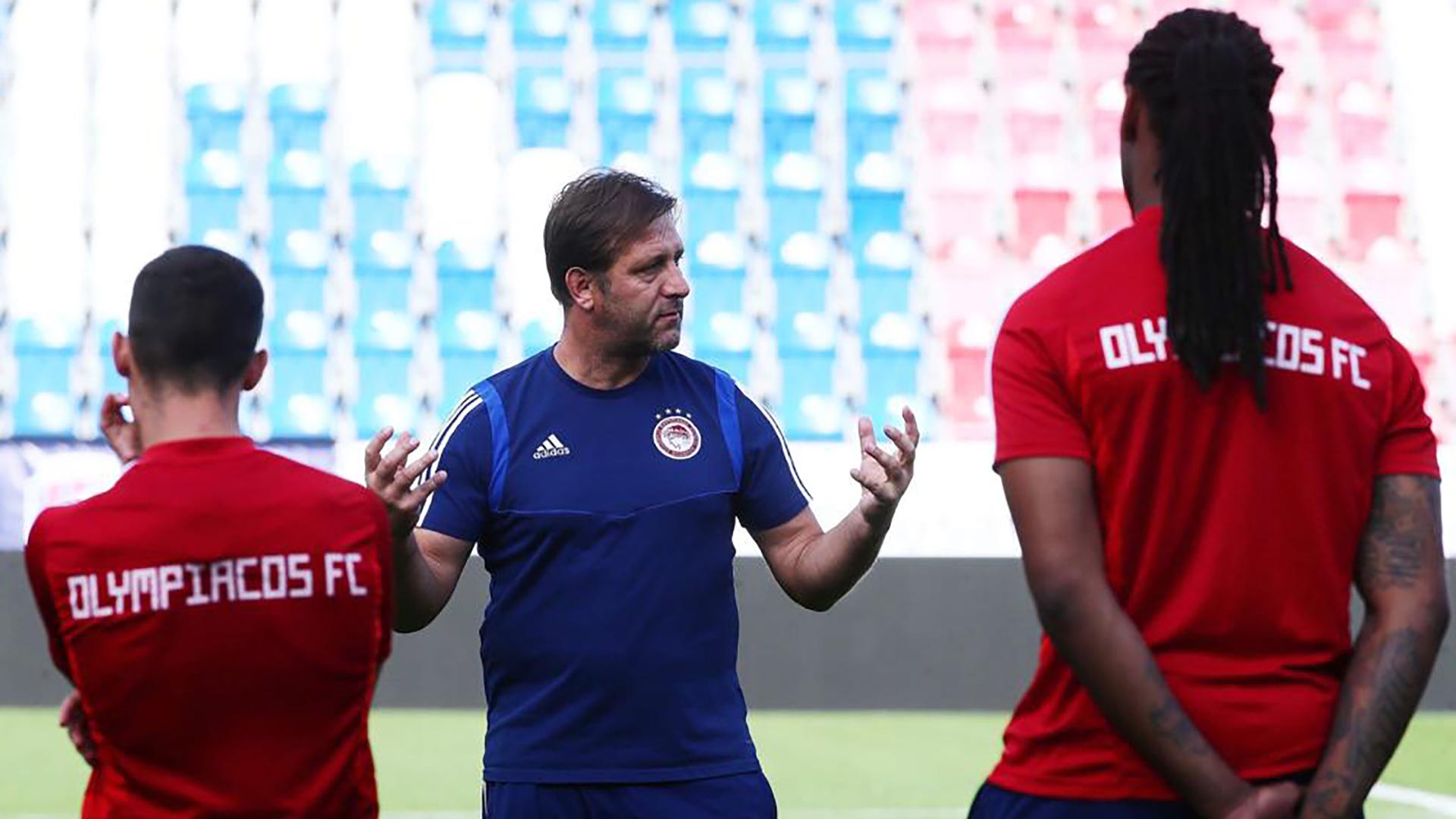 There is no doubting the financial gap between the sides meeting on Wednesday with Valbuena costing nothing and Tottenham’s biggest arrival, Tanguy Ndombele, costing £55m but Martins doesn’t waste any time thinking about the disparity.

“This is football,” he says. “We know the value of our team. We don’t see the money as the kind of thing to win the game.

“If you have money you can buy the best players of course but on Wednesday, it’s just the players and they want to show they also have value.”

That financial chasm has grown more pronounced in the past few years with teams from countries like Greece and Portugal ever more cut adrift from the top clubs in England, Spain, Italy and Germany.

“We have a problem,” Martins says. “Our championship is not competitive. We have structural problems. We don’t have a competitive league. We are selling all the time the best players and we are losing competitiveness for that.

“In Portugal you are all the time selling the best players because the clubs need money year by year and so when we compare against teams from England, Spain, Germany, Italy, it’s difficult.

“But Greece is one step lower. It’s different for Greece. Greece must increase a lot of parts of its championship. They need to change the competition in Greece.”

He is nonetheless impressed with the continuity Tottenham have demonstrated under Mauricio Pochettino and, despite assertions to the contrary in the British press, believes they have enjoyed a fine start to the season.

“You have one game it was at home, they lost against Newcastle,” he says. “This is the negative point. But they drew in Manchester City, they drew in Arsenal. Difficult stadiums and teams. I saw all the games and they are a very good team. They will fight for the championship in England.

“They were in the Champions League final. They keep the same team, the same roster, the same coach… It was one day negative against Newcastle but the other results are positive and normal.”

And while Olympiacos might well be heading into the group stage as rank outsiders behind Tottenham, Bayern Munich and Red Star Belgrade, Martins has no problem with his team’s status as underdogs.

“I understand if in England they see it like that,” he says. “For us, we are just focused on our game, what we must do as a strategy for the game.

“We are not concerned about what people say about that. It will be 34,000, they will shout and support us in the Karaiskakis. It will be an amazing environment.”