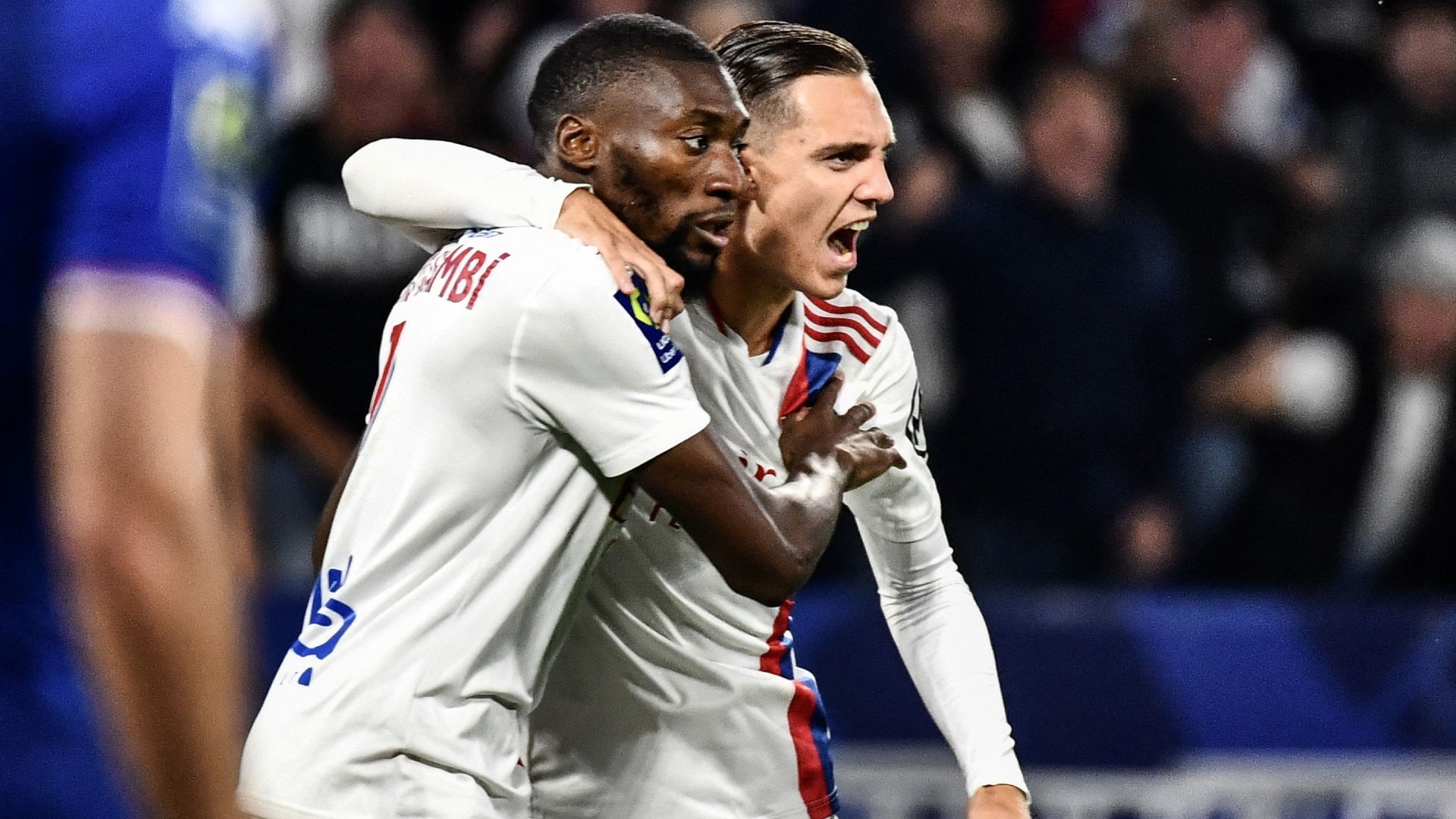 Karl Toko Ekambi scored his first goal of the 2021-22 Ligue 1 season as Olympique Lyon settled for a 1-1 draw with Lorient on Saturday evening.

The Cameroon international had featured in seven league games for the Kids without success in front of goal. Against Christophe Pelissier’s men, he found the net to rescue his team from defeat.

Lifted by their 3-1 victory over Troyes their last time out, the Kids welcomed the Merlucciidaes to the Groupama Stadium with the ambition of extending their fine form.

Unfortunately, they got off to a disastrous start as Emerson was shown the red card by referee Bastein Dechepy following a foul on Enzo Le Fee.

To add insult to injury, the visitors took the lead from the resulting free-kick which Armand Lauriente slotted past goalkeeper Anthony Lopes.

Lyon nearly restored parity through Lucas Paqueta before the interval, but goalkeeper Paul Nardi pulled off an incredible save to deny the Brazilian.

Peter Bosz’s team came into the second half like a wounded lion and their persistence paid off in the 51st minute as Ekambi controlled a nice pass from Islam Slimani before sending the ball past the onrushing Nardi.

Buoyed by the equaliser, Lyon continued to push for the winner. With 15 minutes left on the clock, they had a chance to take the lead but Sinaly Diomande’s header missed the goal narrowly.

They thought they had found the winner in stoppage time, but Paqueta’s goal was ruled out for offside, and the match ended drawn.

Toko Ekambi was in action from start to finish while Slimani was introduced for Xherdan Shaqiri in the 46th minute. Cote d’Ivoire’s Sinaly Diomande was brought in for injured Jason Denayer in the 19th minute.

However, Mali midfielder Habib Keita was an unused substitute with Togo's Malcolm Barcola and Zimbabwe's Tino Kadewere not listed for action.

For Lorient, Nigeria international Terem Moffi played all 90 minutes while Lauriente was replaced by Burkina Faso’s Dango Ouattara with five minutes left on the clock.

Lyon will now shift their attention to Thursday’s Europa League encounter against Danish side Brondby IF.