The Swiss duo both made celebrations depicting the Albanian eagle during their win over Serbia, which could result in fines from FIFA

Switzerland captain Stephan Lichtsteiner has defended team-mates Granit Xhaka and Xherdan Shaqiri for their controversial celebrations during the 2-1 win over Serbia.

Both players made the shape of the Albanian double-headed eagle with their hands as they scored the goals to give Switzerland all three points against their Group E opponents.

Xhaka's Albanian father is a former Serbian prisoner, having spent over three years in jail for protesting against communist Yugoslav rule in Kosovo. His parents moved to Switzerland before Xhaka was born, but he retains a strong allegiance to his father's birthplace.

Shaqiri was born in the Kosovan city of Gjilan, but was forced to move to Switzerland with his Kosovar-Albanian parents at just four-years of age. He acquired Swiss citizenship through residency, with the family unable to return to their homeland when war broke out.

Serbia refuses to recognise Kosovo's independence, despite gaining self-governance in 2008, meaning that tensions remain high in the region. This was discussed by players and coaches before Friday's game in Kaliningrad, and Lichtsteiner feels that the political backdrop made the game a difficult one for his team-mates.

"We had a lot of pressure, it was not an easy game for us," Lichtsteiner told Goal.

"We have a lot of Albanians, so there is a lot of history between Serbia and Albania. It was a very tough game for them mentally."

New Arsenal signing Lichtsteiner believes that his team-mates were well within their rights to celebrate the way they did, despite the possibility that Xhaka and Shaqiri could face fines from FIFA for making political statements during the World Cup. 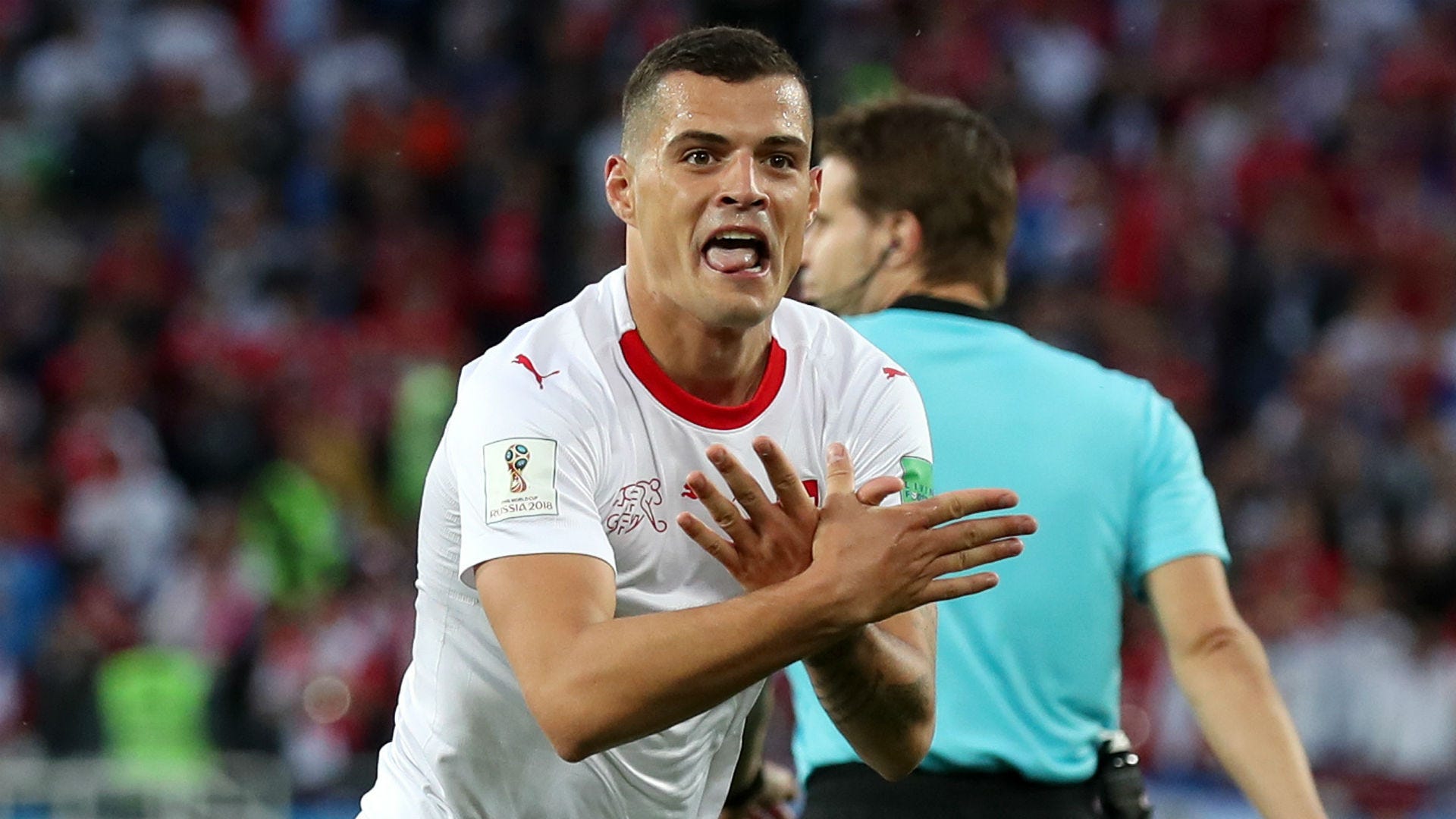 Switzerland play Costa Rica in their final group game, with a win guaranteeing their progress to the knockout stage. Lichtsteiner feels that beating Serbia was a huge help to their tournament goals, feeling that their European opponents offered a different challenge to Brazil following a 1-1 draw in their opening game.

"I'm very happy. We made a great step to get past the group, this was our objective," he continued.

"We had a tough first-half, we were not very good, but in the second-half, we came out and gave Serbia problems.

"It was different to Brazil. Brazil is a team with very different qualities. It is also a good team, this Serbia team."