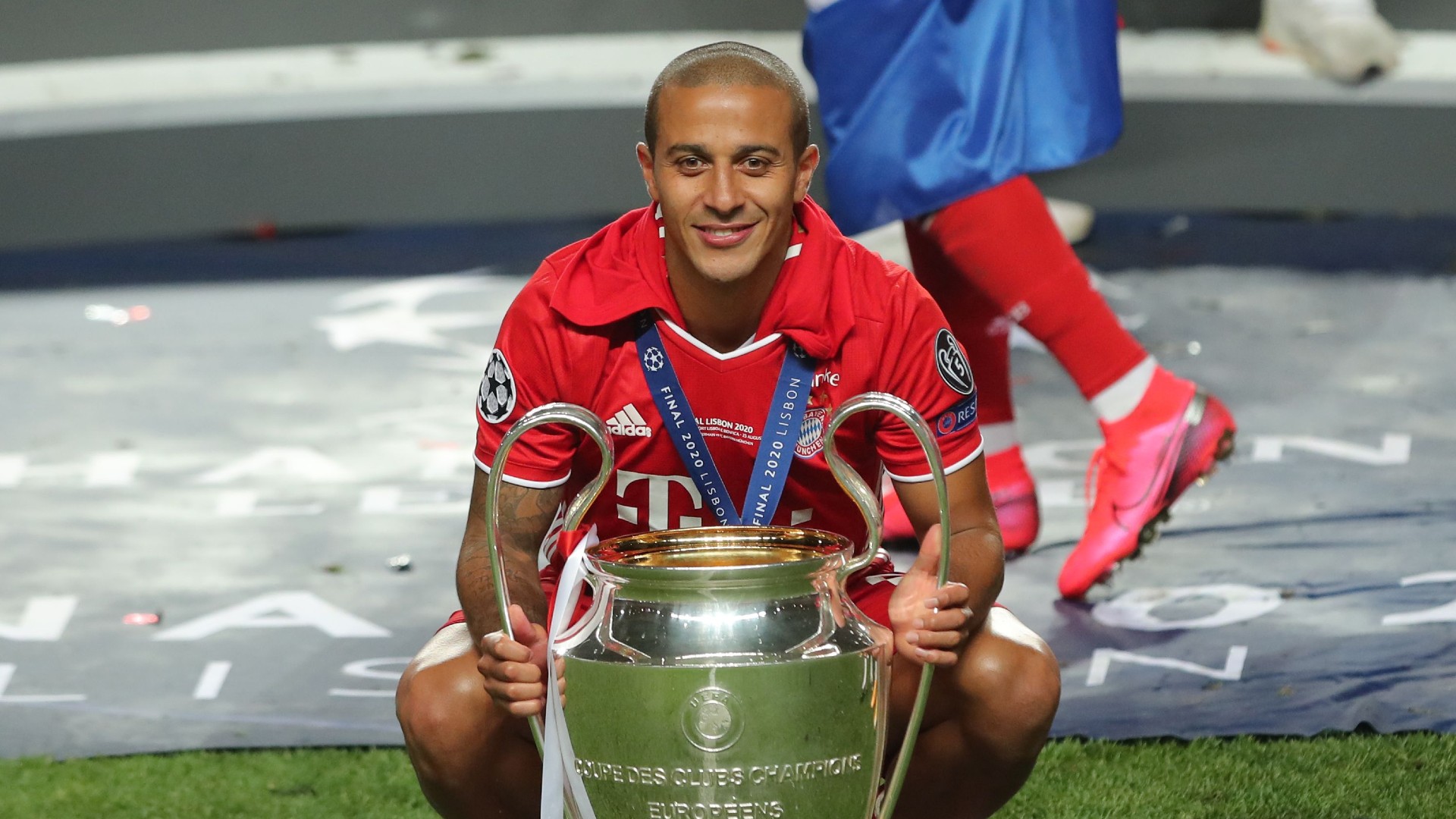 Karl-Heinz Rummenigge is resigned to losing Thiago Alcantara, with it his belief that the Bayern Munich star "looked like he was saying goodbye" at an internal club event.

Thiago played 86 minutes of Bayern's 1-0 victory over Paris Saint-Germain in the Champions League final on Sunday, helping Hansi Flick's side wrap up the treble by dictating the pace of the game from the middle of the park.

Despite the fact that the 29-year-old still has one year left to run on his current contract, he is now expected to bring the curtain down on a hugely successful seven-year spell at Allianz Arena.

Bayern CEO Rummenigge confirmed earlier this year that Thiago has rejected the chance to extend his stay in Germany, with it his desire to experience a new major league before he hangs up his boots.

The German champions are prepared to grant a prized asset his wish if their €30 million (£27m/$36m) asking price is met during the summer transfer window, and the Premier League has been touted as the midfielder's most likely next destination.

Liverpool are reportedly in pole position to sign Thiago, with Jurgen Klopp publicly admitting to being a keen admirer of a player who has won 24 major trophies over the course of his professional career.

Rummenigge doesn't think there is any chance of the Spain international performing a U-turn regarding his future, having assessed his body language carefully during Bayern's celebrations at a club event on the back of the weekend's win in Lisbon.

"Yesterday, we had an event with our employees at Allianz Arena, and Thiago's whole family were there," Rummenigge told Bild. "They walked around in great nostalgia, I would almost say.

"It looked very much like he had decided to say goodbye.

"We have read a lot about Liverpool, but they haven't contacted us yet."

Another man who is being tipped to leave the Allianz Arena ahead of the 2020-21 season is Austrian defender David Alaba, who has also been a standout performer for Bayern over the past 12 months.

The 28-year-old has been heavily linked with a move to Real Madrid, and Chelsea have also been credited with an interest in his services, but Rummenigge does not expect him to follow Thiago out of the club.

"With the best will, I cannot imagine that David wants to leave FC Bayern," he added.

"We are very interested in him staying, and I think he too feels at home at Bayern."