The battle for the No.1 spot at Arsenal in 2007-08 between the German and Spanish goalkeepers was a feisty one

Vito Mannone has revealed what it was like to be stuck in the middle of Jens Lehmann and Manuel Almunia during their bitter battle for the No.1 spot at Arsenal throughout the 2007-08 season.

The feud between the two goalkeepers has gone down in folklore in north London with their relationship having totally broken down following Arsene Wenger’s decision to replace Lehmann with Almunia following a series of high-profile errors from the experienced keeper.

Lehmann took Wenger’s decision very badly and reports of training ground bust-ups were common place throughout the season - with the German often taking swipes at the Spaniard in the press.

Things got so bad that in April, before a game at Manchester United, Almunia admitted that he couldn’t even face talking to his team-mate anymore.

"Every morning I wake up and I know it is going to be the same,” said Almunia. “I’ve had to put up with it every day since he was out of the team.

“But I don't care about him anymore. He can say what he likes. It's his problem, not mine, and I don't see why I should try to talk to him about it.

“The truth is I don't want to talk to him. If he was someone important, I would try, but he's not.”

Mannone had arrived at Arsenal as a teenager from Italy in 2006 and spent the 2007-08 season as part of Wenger’s first-team set-up at London Colney.

So he was always working with Almunia and Lehmann during training sessions and saw first-hand what the feud was like, even finding himself right in the middle of it at times. 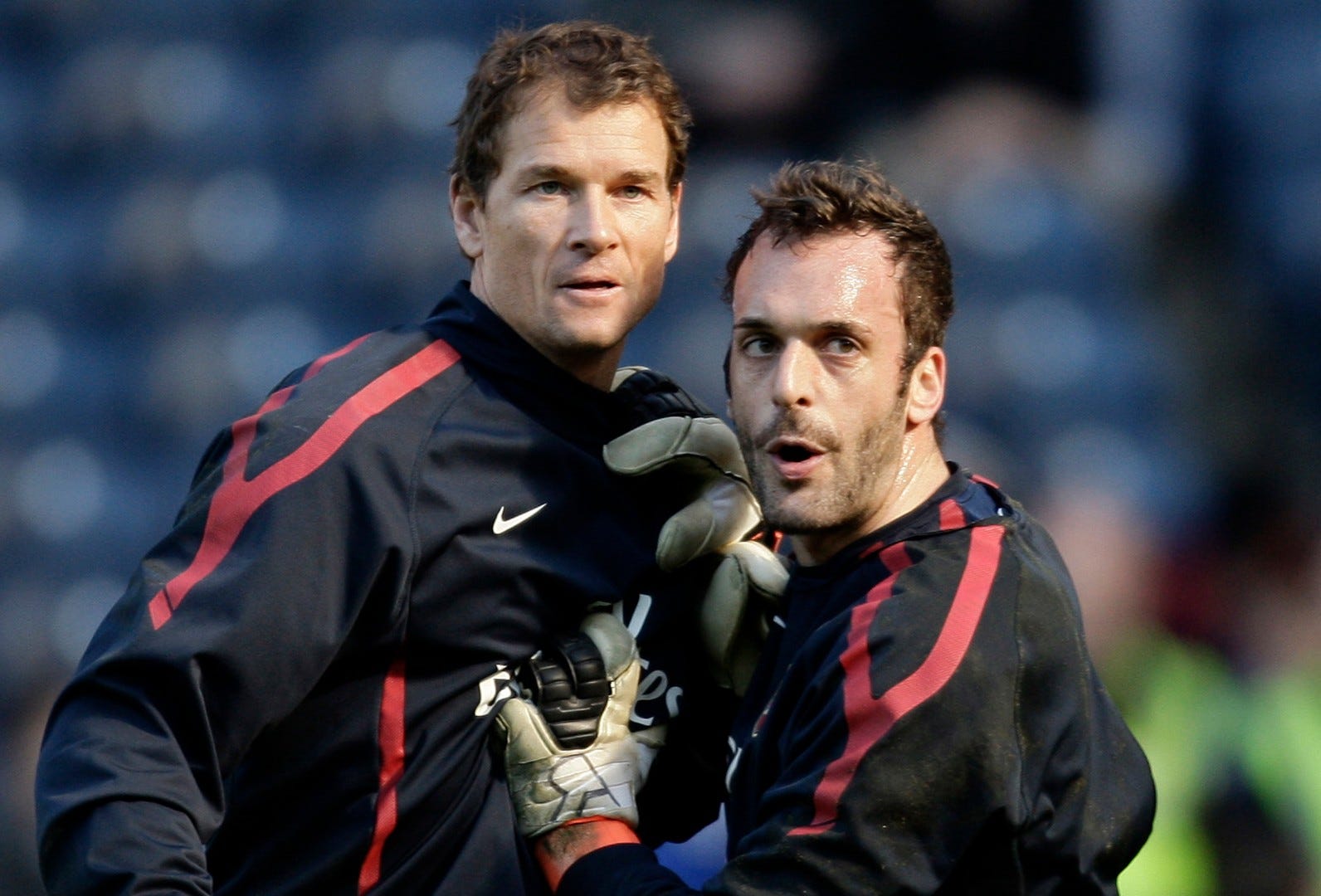 And for a youngster who was new to the club, he admits it was often a tough situation to deal with.

“It was difficult because Jens was a very aggressive keeper, especially with Almunia,” Mannone told Goal. "So you can imagine what it was like for me and the tension inside the training ground.

“It was very difficult because you’re trying to learn and do your own thing, but at the same time they were trying to kill each other.

“When you do certain sort of exercises like crosses, challenges and shooting, you need to help each other. But there was not so much help there.”

Lehmann discussed his feud with Almunia in his autobiography which was published in 2017.

In it, the German recalled one incident when the intense competition between the two spilled over due to an incident during a training ground match at London Colney.

“Nicklas Bendtner went up using his elbow, and headed the ball into my goal,” said Lehmann. “The assistant manager, however, indicated a free-kick, prompting my friend Almunia to shout all the way across the pitch, ‘Hey! That was no free-kick; that was a regular goal!’ 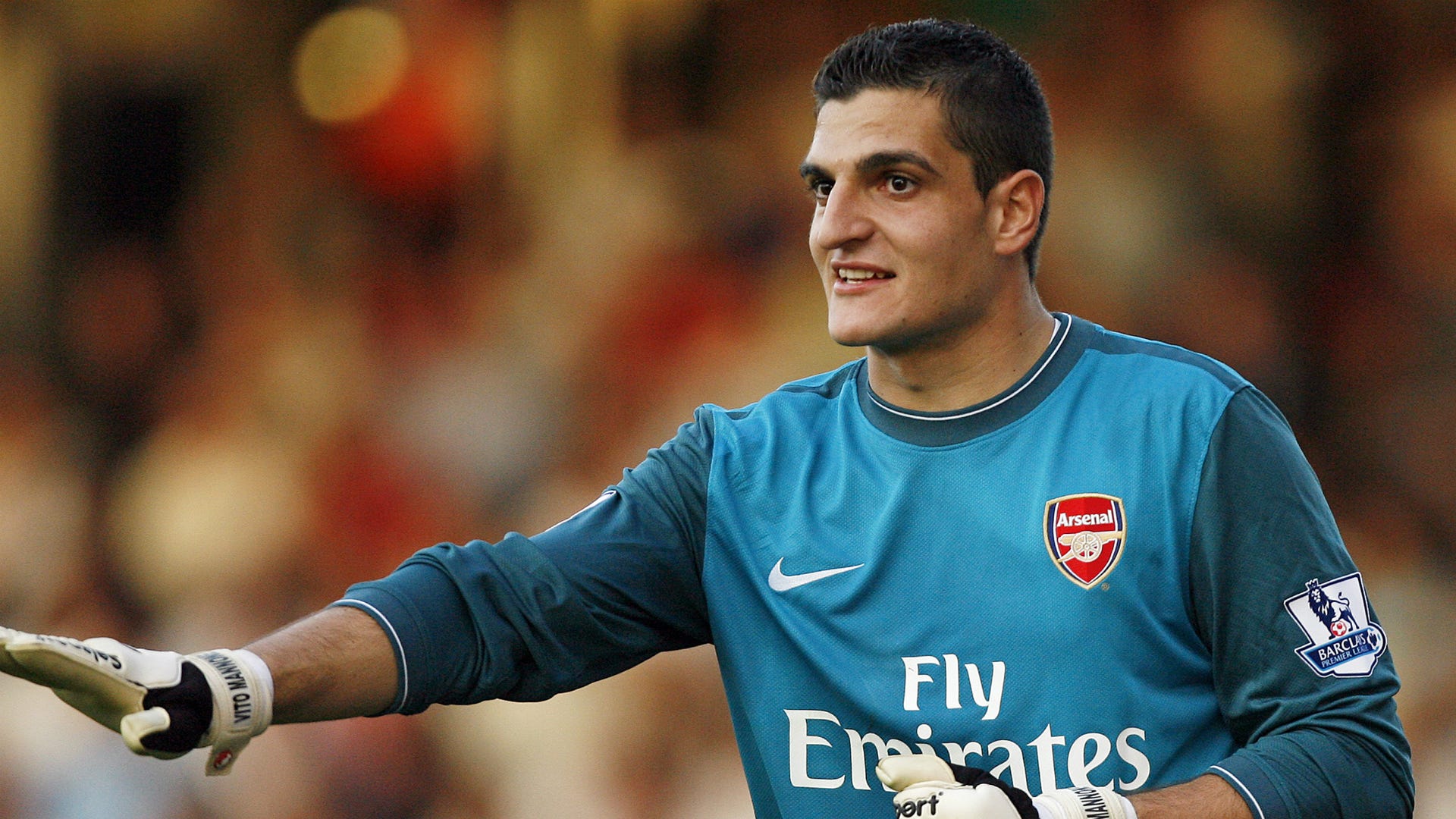 “When the match was over, I went up to him. ‘Listen, when something’s happening at my end, you’re not to yell at the back.’ That was when all his rage broke out of him. ‘What do you want, b*stardo?’ ‘What are you saying? Why are you insulting me?’ I shot back. ‘Shut the f*ck up, b*stardo!’ came the reply. ‘Ah, at least now you’re openly saying what you really think of me,’ I said. ‘This is your true character – insulting colleagues!’

“By now, the other players and the boss had noticed our argument and tried to calm us down, having to positively restrain Almunia so that he would not smack me. I, of course, would have welcomed him losing control, since that would have meant getting rid of a rival. Unfortunately, he cooled down again.”

That was far from the only the time the pair clashed before Lehmann left the club at the end of his contract in 2008, with team-mates regularly having to pull the two keepers apart to stop them from coming to blows.

Mannone - who is currently on loan from Reading with MLS outfit Minnesota United - admits, however, that he would leave that job to some of the more experienced players in the squad.

“I was not the one to split them up really,” he laughed.

“I was the youngster and those two were always fighting so it was a nervous situation for me to try and deal with. Every training session was like a Champions League final. You couldn’t miss a ball or do anything wrong.

“But again, it was a great learning curve. It gave me the chance to grow up, become a man and be ready for a tough environment.”