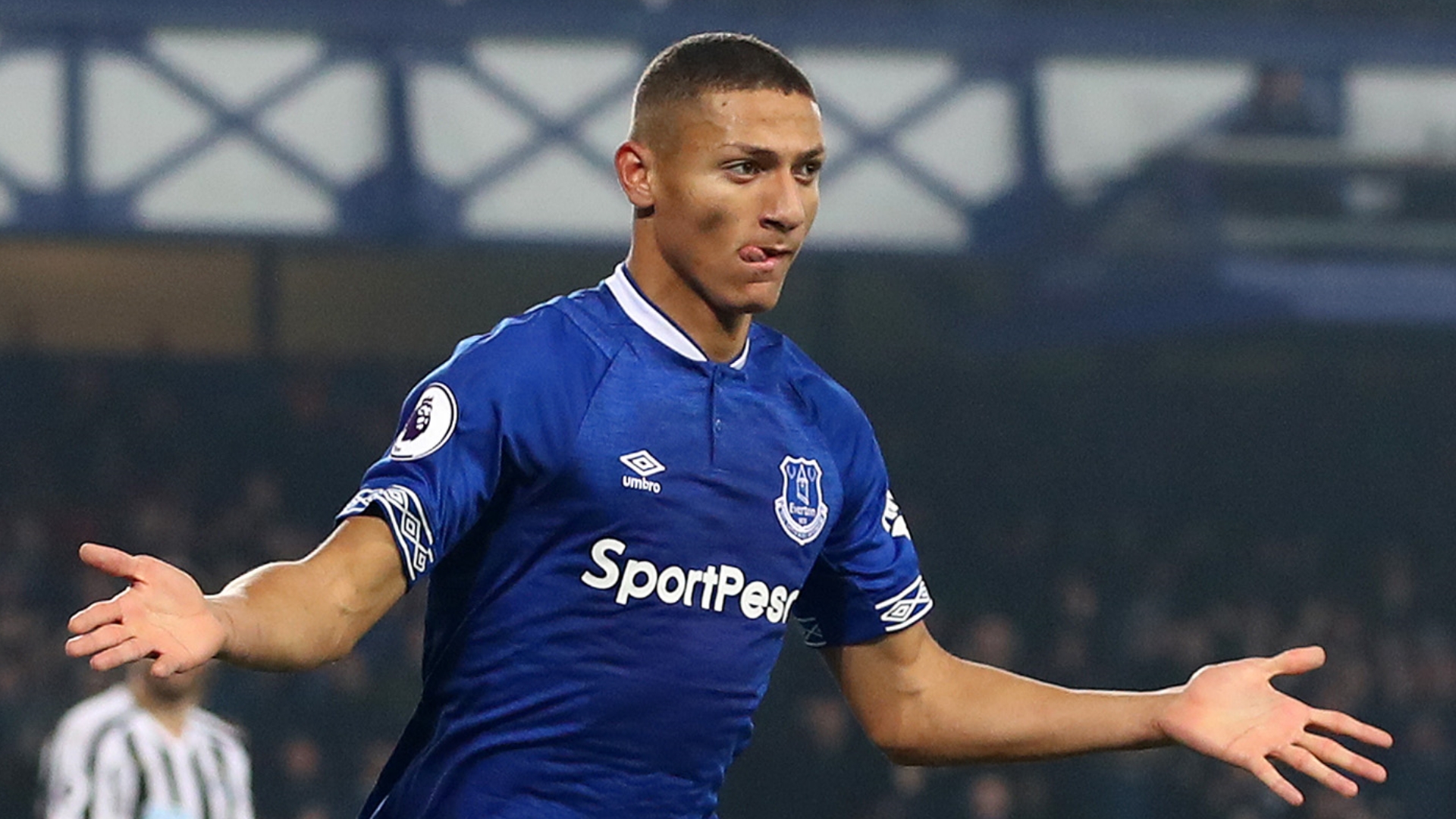 Speaking exclusively to Goal, the Brazil forward says a number of other clubs were interested in him prior to his move to the Toffees

Everton forward Richarlison has revealed a number of Premier League clubs were interested in signing him before his move to Goodison Park.

The 21-year-old became the Toffees’ second-most expensive signing when he arrived from Watford in a £40 million deal last summer.

The move saw him reunited with boss Marco Silva, who brought him to Vicarage Road from Fluminense the previous year.

The forward scored five goals in his opening 12 Premier League games for the Hornets, though he would suffer a dramatic loss of form and failed to score again after November.

However, he had still done enough to persuade Silva to make him his first signing as Toffees boss.

Speaking exclusively to Goal, Richarlison has now revealed the Merseysiders were not the only side to show interest in his services.

"Several clubs had interest in me, but the only real offer that came was from Everton, which was very good and everyone was happy,” he said. “It was a good thing for me, for Watford and for Everton. I just want to thank Everton for the opportunity and Watford for having opened the doors for me in England.

"I've seen the stories in the newspapers. They talked about Arsenal, Tottenham, Chelsea, Manchester United, but for me nothing ever came."

Richarlison says his close relationship with Silva was one of the key reasons behind his decision to move to Goodison Park.

The forward admits he was devastated when Silva was sacked as Hornets boss in January 2018 but is grateful to have the chance to work with him again.

"I got upset. He was the guy who called me to come and play in England," he added. "At the time I received the news it had been difficult. I was asleep, [Watford team-mate Heurelho] Gomes told me. I was very sad, at the time I even posted on Twitter that I was a bit sad and nervous.

"The work I did at Watford played a part. If I had not done a good job with him at Watford, he was not going to sign me, he knows the confidence he's giving me, he's like a father to me. He is the one who brought me to England. He called me to take me to Watford, gave me a lot of confidence to play in the Premier League and I'm very happy to be able to help him on the pitch. He helps me very, very much.

"The football here has a lot of speed, strength, is very dynamic, so it fits well with my characteristics. That's what Marco Silva saw and that's why they called me."

Richarlison has made an impressive start to life on Merseyside, with nine goals so far this campaign.

His performances in a blue shirt saw him called up to the Brazil squad for the first time and he has gone on to score three goals in six international appearances.

The former America Mineiro forward has often been deployed as a central striker, rather than his favoured position on the left, given the lack of attacking options at Silva’s disposal.

Richarlison concedes he would like the club to bring in a new centre forward, but is happy with how he has performed so far.

"I've been playing well, scoring a lot of goals, working hard and I'm enjoying being at the club very much. I'm very happy at Everton, it's a very good club with very good structure. The fans love the club and the players," he said.

"I've played a lot of games as a '9', but if Everton get another player who plays in the position, it's always good because the Premier League demands a very strong squad. It's always good to have players who can help us in attack. If a 9 shirt comes, it will help us a lot."

Everton began the season harbouring hopes of European qualification but a run of just two wins in 10 league matches has seen them drop to 11th in the table. However, Richarlison insists the team can still push for a top-six finish in the Premier League.

He also says he is more than happy with life in England and can achieve his ambitions there – which include winning both the Champions League and the World Cup.

"It's a step at a time. We know the quality of the other teams. They are great teams on the market, they are in the Champions League and they always fight for titles. It's difficult [to finish in the top six], but it's not impossible. We are fighting and working hard to try to reach seventh or sixth place.

"I have the dream of playing at a World Cup and winning a Champions League. I do not have the desire to play in a specific league. The best league in the world is the Premier League and I'm happy here in England. Here, there are the best players in the world, the league is very difficult, is the most difficult, there are practically seven teams competing for the title. I'm very happy here."