The Portuguese has had another fine year on the field, finishing fourth in the Goal 50, but his impact off it has arguably been even more impressive

While discussing Cristiano Ronaldo's petulant reaction to being substituted against AC Milan last weekend, Patrick Vieira argued, "At Juventus, the club is the real star."

Only, that's not really true, is it? Ronaldo is bigger than Juventus. Or, the 'CR7' brand is, at least. It's why the Bianconeri signed him.

And it's why they haven't fined him for storming straight down the tunnel after being replaced by Paulo Dybala.

There's been no sanction. And no apology either. Ronaldo's only response came, rather fittingly, on Instagram: "A difficult game, an important win."

Juve, for their part, are more concerned with the knee problem that coach Maurizio Sarri referenced afterwards. After all, they need Ronaldo fit. They need him to be visible at all times, on and off the pitch. They need him to win games and attract new fans.

Indeed, Giorgio Chiellini's reaction to the news that Ronaldo was on his way to Turin last year was telling.

"We are excited," the club captain enthused when news of the attacker's €112 million (£101m/$130m) transfer from Real Madrid first broke.

"We are all looking forward to working with him; every part of the club: the players, the coaches, the directors, the marketing manager..."

As someone with a degree in economics and commerce, and a master's in business administration, Chiellini obviously knew right away that this was a move based on more than just sporting factors.

Ronaldo may have been the reigning Ballon d'Or holder but even club president Andrea Agnelli subsequently admitted that the deal represented the first time during his administration that a player had been signed after taking the potential financial benefits into consideration.

'The Ronaldo effect' had been decisive.

"Juventus have been growing year upon year since Agnelli took over in 2010 but they knew that in order to become a top club on a European level they had to expand their appeal beyond the boundaries of Serie A," Marco Bellinazzo of Il Sole 24 Ore, and author of La fine del calcio italiano ('The end of Italian Football'), tells Goal.

"Juventus are trying to position themselves alongside clubs with massive global appeal and huge budgets like Real Madrid, Barcelona, Manchester United.

"To compete with these clubs, you need to have a strong squad, but also important players within that squad who have a lot of followers on social media.

"Quality coupled with popularity enables a club to increase its revenue.

"Ronaldo, therefore, was the perfect signing for Juventus to achieve both of their objectives." 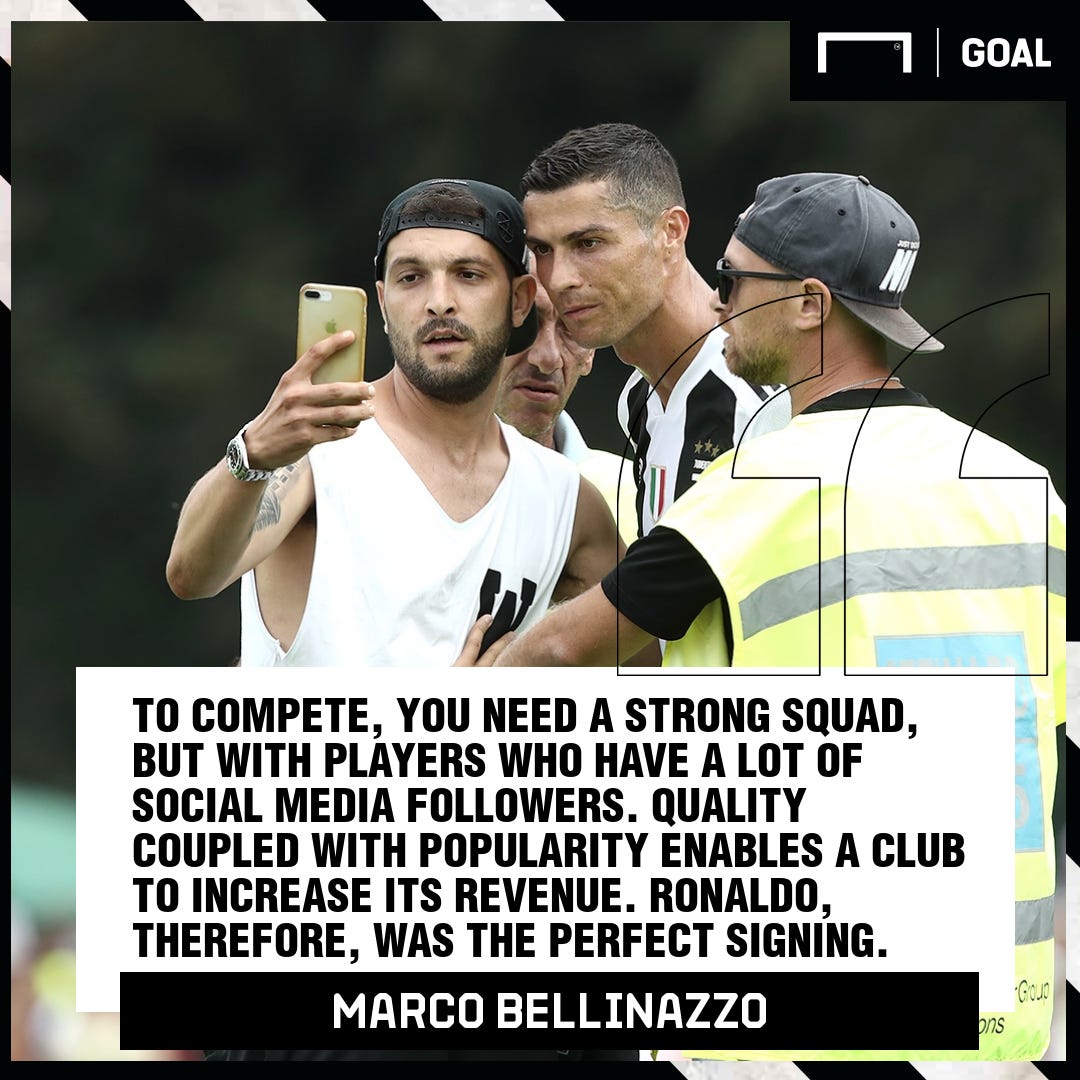 The Portuguese hasn't disappointed on either front thus far.

Ronaldo, who turned 34 in February, was named Serie A's Most Valuable Player at the end of his debut campaign in Italy, after netting 21 goals during Juve's Scudetto success, while he also dragged the Bianconeri to the quarter-finals of the Champions League with a sensational hat-trick in the second leg of the epic last-16 comeback against Atletico Madrid.

The five-time Ballon d'Or winner and the player ranked fourth in Goal 50 2019 has arguably made an even greater impact off the field, though.

It was certainly more immediate.

In the 24 hours after his transfer to Turin was made official, between July 10 and 11, Juve's various social media accounts were boosted by more than 2.2 million followers.

Unsurprisingly, that social media spike has continued over the past 17 months.

Juve's number of Instagram followers has rocketed from 9.8m to a whopping 33.5m, while the amount of subscribers to their YouTube account has more than trebled (730,000 to 2.33m).

The Old Lady has added 7.5m followers on Facebook, and 1.7m on their Italian Twitter profile alone. It was obviously no coincidence either that they launched a Portuguese Twitter account in September of last year.

Perhaps most significantly of all, though, Juventus have gone from 200,000 followers on Sina Weibo, the Chinese equivalent of Facebook, to 2.33m.

This is what makes Ronaldo so valuable to Juventus, his global popularity. 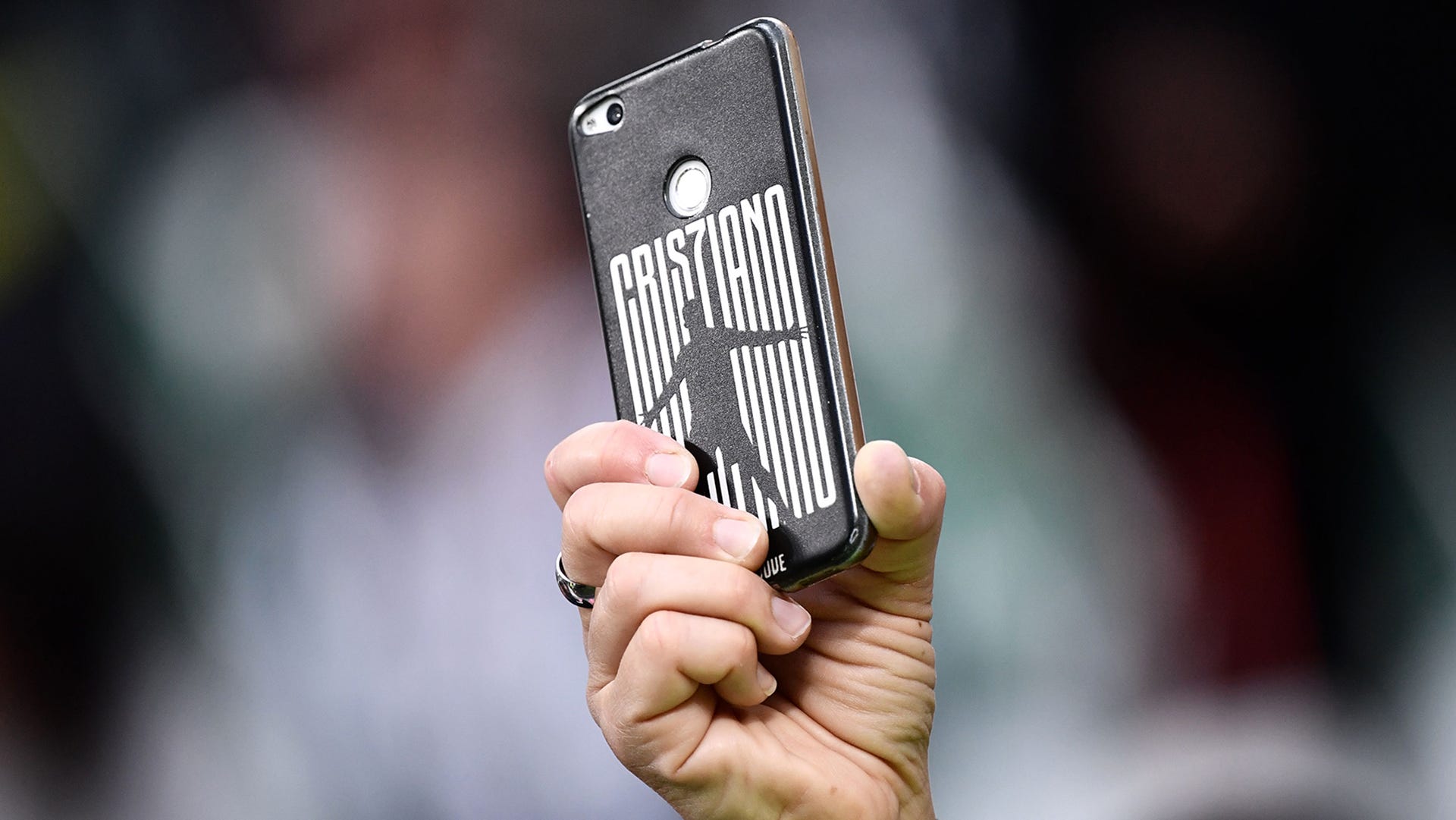 He is the most followed person in the world on Instagram, meaning there is a case to be made for him being the most famous face in the world.

That is significant because last weekend, two vloggers, Logan Paul and KSI, met in a professional boxing bout at Staples Center in Los Angeles to compete for the YouTube boxing championship belt.

The definition of sport is changing, as Agnelli noted at Juve's shareholders' meeting for 2019.

“New activities in the field of entertainment, such as esports are growing strong," the Bianconeri supremo stated. "These are things that need to be thought about.

“Digital activity is strategic for us – it’s fundamental to maintain a global dimension. Millennials and Generation Z are important to us and we will have to seize market opportunities."

Tellingly, in the age of influencers, Juventus have signed the most influential.

Ronaldo's move to Juventus has, thus, opened the club up to new followers and, in turn, opened new markets up for the club.

Juventus, of course, had been working studiously at boosting their brand before Ronaldo's arrival. 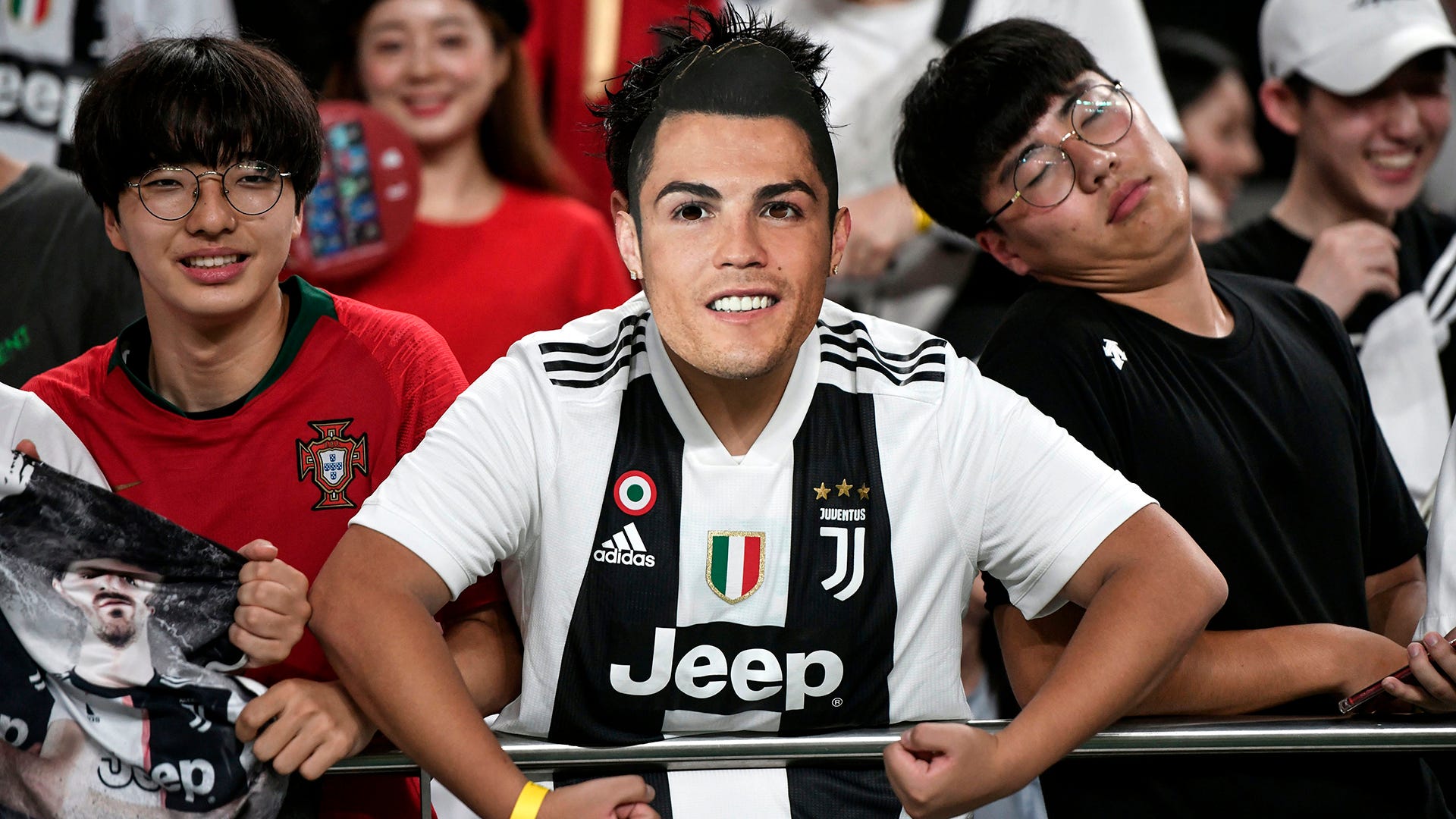 "Juve know that they cannot grow any more economically in terms of the Italian football scene," Bellinazzo explains.

"A 40,000-seat stadium is quite small in Champions League terms and you can't really raise the price of tickets any higher. Even last season's price hike was met with protests.

"The TV rights, which are managed by La Lega Serie A, are difficult to improve upon given the Italian league is not as big a draw internationally as La Liga or the Premier League.

"The profits are also divided in such a way that prevents Juve from making as much money from rights as their English rivals.

"So, all things considered, the club can only grow on an international level commercially. And to do this you need a global icon like Cristiano Ronaldo, who is very useful in terms of generating new deals in North America and Asia.

"Juve, of course, had already been making moves to appeal more to other markets.

"They changed their logo to make it more modern. This season, they also changed their strip, moving away from their traditional black and white strips because people in America associate such a jersey with referees and umpires.

"This season they are playing more games at 3pm now so that their games can be watched at reasonable hours in Asia.

"They have done all of these things to give the club an international appeal." 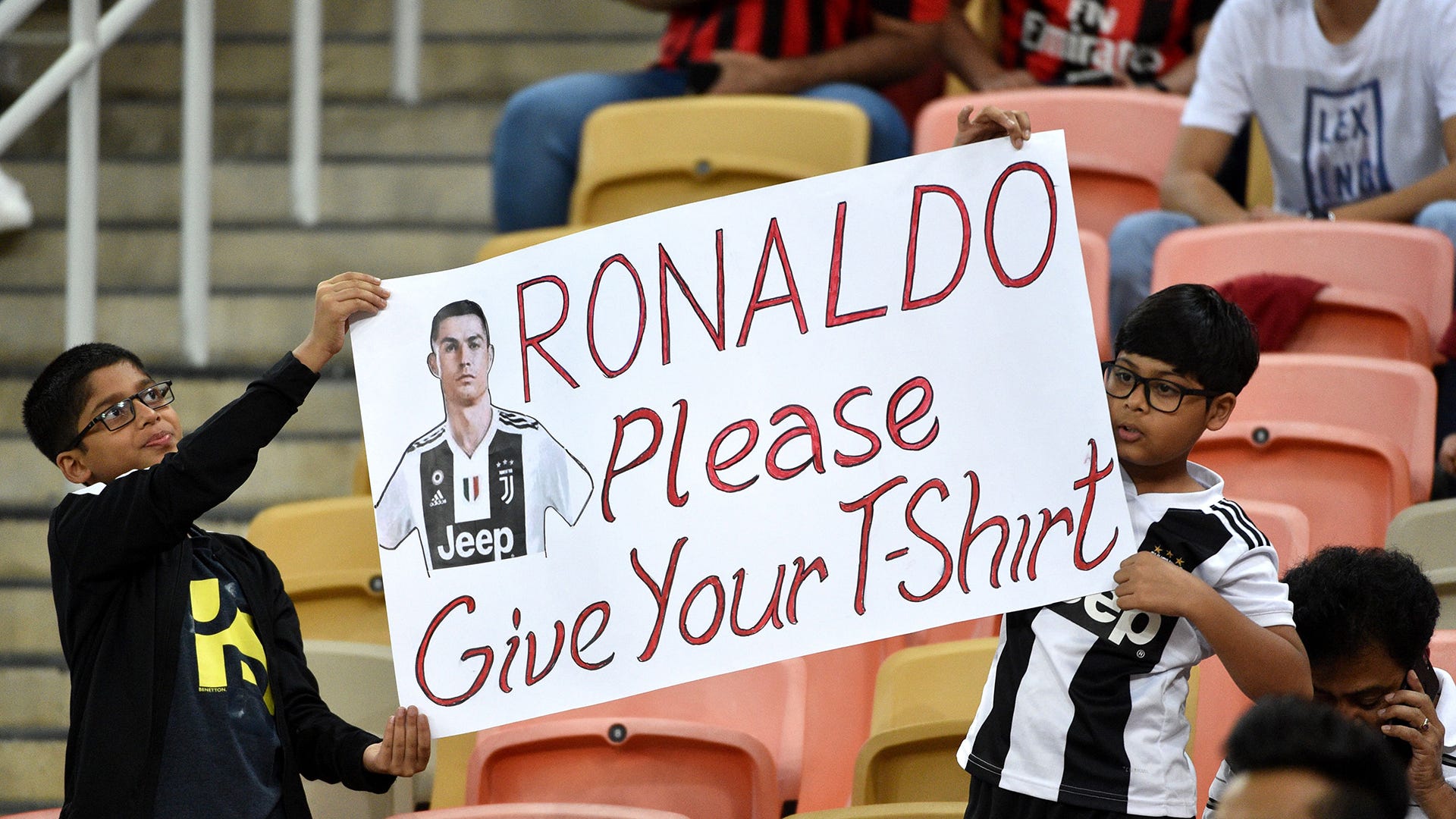 It's working. The Juve brand has never been more attractive to investors.

In January, the Bianconeri signed a new, improved, seven-year sponsorship deal with their kit manufacture, adidas, worth €357m (£308m/$395m) – double the value of the previous agreement.

Then, only last month, it was announced that the club had extended their partnership with shirt sponsors JEEP.

Juve's new partnerships are of even greater interest, though. Consider the case of Konami.

The Japanese entertainment conglomerate were already in talks with Juve over securing exclusive rights to use the club in their video game franchise, Pro Evolution Soccer, when the news broke that Ronaldo was bound for Turin.

“That was a great thing for us," Jonas Lygaard, senior director, brand and business development at Konami, told Goal. "We had already told the club we were keen to work with them as we could see a lot of benefits in doing so.

"Ronaldo coming into the mix added more value to us in terms of exposure and importance."

Juve are obviously benefitting from Ronaldo's presence in the very same way. That is not to say, though, that the Bianconeri do not have their issues.

"Ronaldo costs Juve around €85m (£73m/$94m) a year in wages, taxes and amortisation (the money the club has committed to paying on an annual basis to cover the striker's transfer fee over the four years of his contract)," Bellinazzo reveals.

"The idea that he pays for himself in terms of shirt sales is a nonsense but he has brought a significant boost in terms of merchandising and helped bring about a doubling of the value of their shirt sponsorship and supplier deals.

"There's also been an increase in revenue from ticket sales to €70m, which is obviously down to his presence.

"So, the Ronaldo effect is real. It's there for all to see. 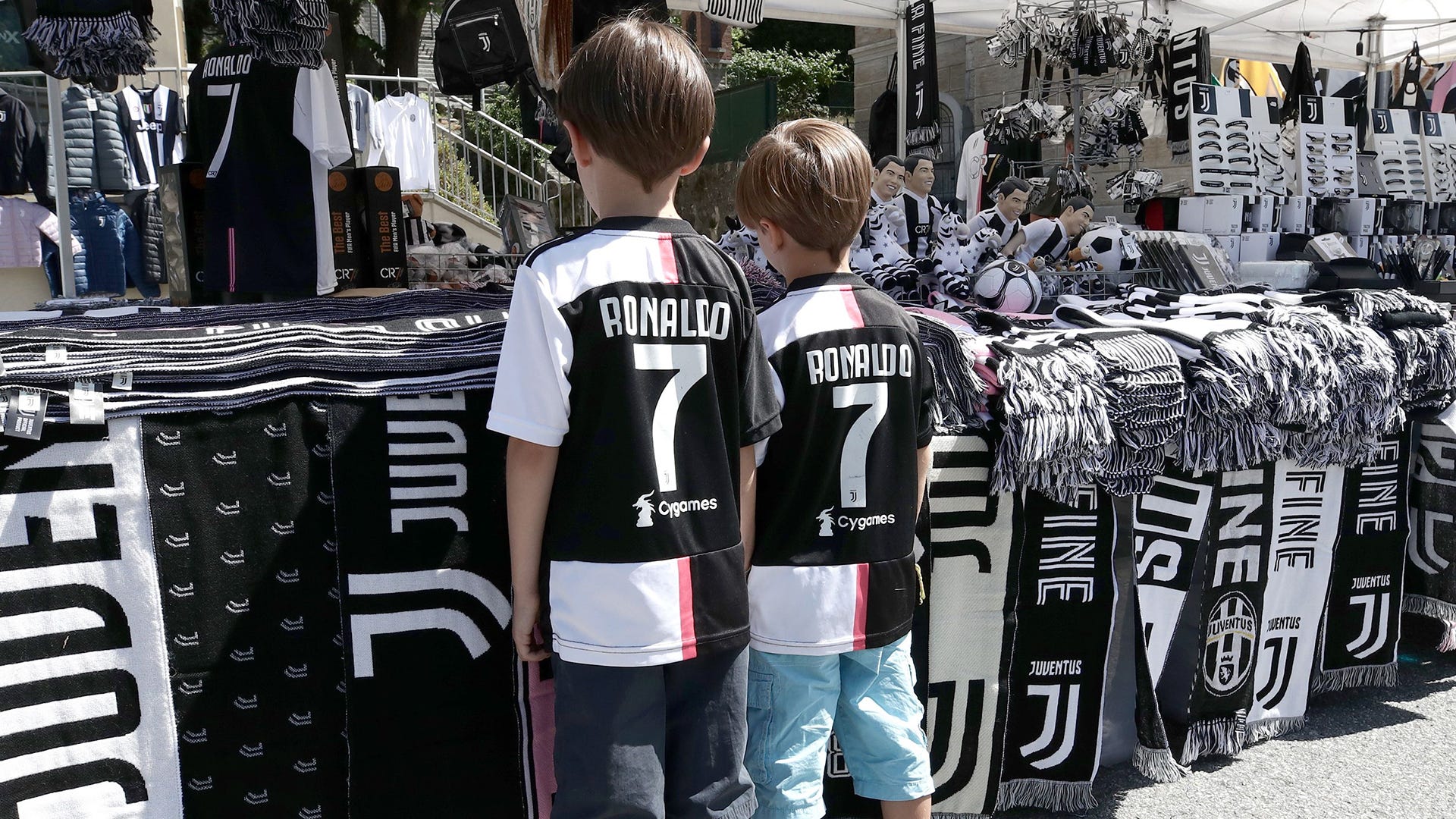 "The problem for Juventus, though, in this early stage is that you can also see an increase in costs, not just revenue.

"It's evident in the fact that, at the end of Ronaldo's first year at Juve, they experienced a €40m loss in spite of the fact that the club made more than €150m in capital gains in the transfer market.

"This is the sign of an imbalance in expenditure which is related to the wage bill and has been exacerbated by their elimination by Ajax in the quarter-finals of the Champions League, which cost the club €20m-€30m.

"So, this underlines that for all of their commercial gains from signing Ronaldo, the importance of reaching the latter stages of European competition remains hugely important for Juventus when it comes to making a profit because they cannot generate anything like the same revenue from competing in Italy.

"This is why Agnelli is pushing a lot for an enlarged European competition, a Super League, a more integrated tournament with more games that would generate more income for the top clubs.

"The English clubs don't need it because they have the power of the Premier League behind them, while Barcelona and Real Madrid are already colossal brands, but Juve are a bit like Bayern Munich in that they have the difficulty of not being able to grow any more within their respective leagues.

"So, they need a bigger, richer European competition."

Ronaldo, therefore, is merely a means to an end for Juve. Agnelli's ultimate goal is a Super League. Or, at the very least, a radically revamped tournament from 2024 onwards.

Until then, Juve's strategy will be exploiting the Ronaldo bump to the maximum, commercially and from a sporting perspective.

As Agnelli has previously stated, they have now put themselves in a position to sign the next Ronaldo at 25 – not at 33. 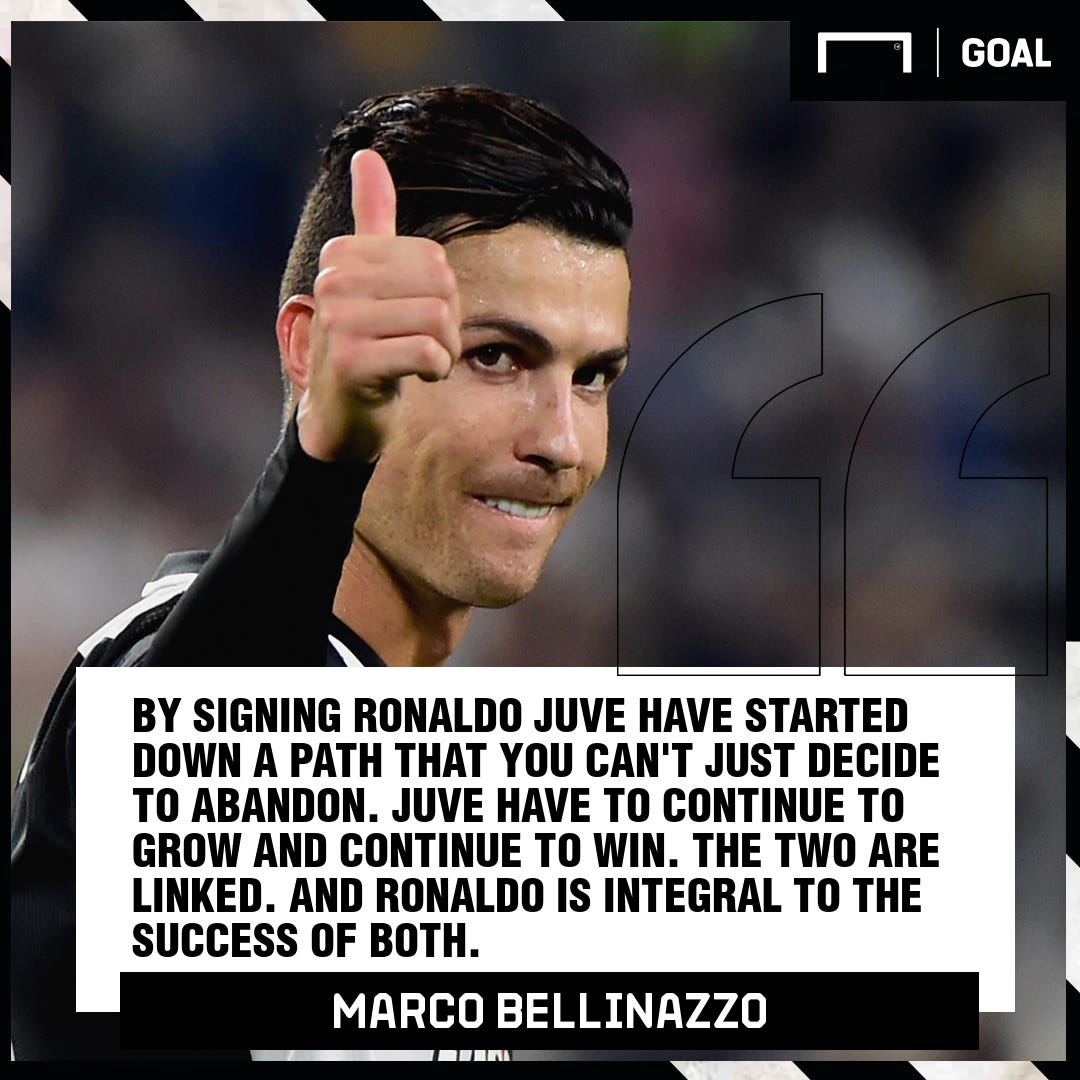 "Ronaldo was just the first step," Bellinazzo says, "He's an elite signing. There are going to be more.

"Even though Juve had this operating deficit last year, they recently approved a €300m raise in capital.

"It's the second such raise of the Agnelli era. The other was 2011, a figure of more €120m. Thus, this latest raise of €300m is an incredible figure for the Italian market.

"This will obviously fund an even more aggressive marketing strategy but also a more aggressive transfer market, which will bring in more big champions of Ronaldo's calibre.

"However, such an outlay will have to be offset by the sale of some players and, as we saw during the summer, that's easier said than done.

"Juve failed to sell several top players in the last window. Consequently, they were dealing with labour costs of €500m in terms of player wages and amortisation.

"You cannot manage to sustain such costs. So, Juve need to quickly offload some of the many players on high wages."

Ronaldo could eventually be one of those sold. Not yet, obviously. Not before he delivers what he was bought for: the Champions League.

"They might end up letting him to go to somewhere like China, where Ronaldo has a lot of interests and followers," Bellinazzo reasons. "That would be a good transfer for everyone concerned.

"The bottom line, though, is that by signing Ronaldo, Juve have started down a path that you can't just decide to abandon. This is a process that you can't reverse.

The transfer, then, wasn't just part of some romantic dream of Juventus finally conquering Europe. It was part of a shrewd marketing strategy to take over the world.

And you didn't need a master's in business administration to realise that right away.