The Drake Curse: What is it and which football teams are its victims? 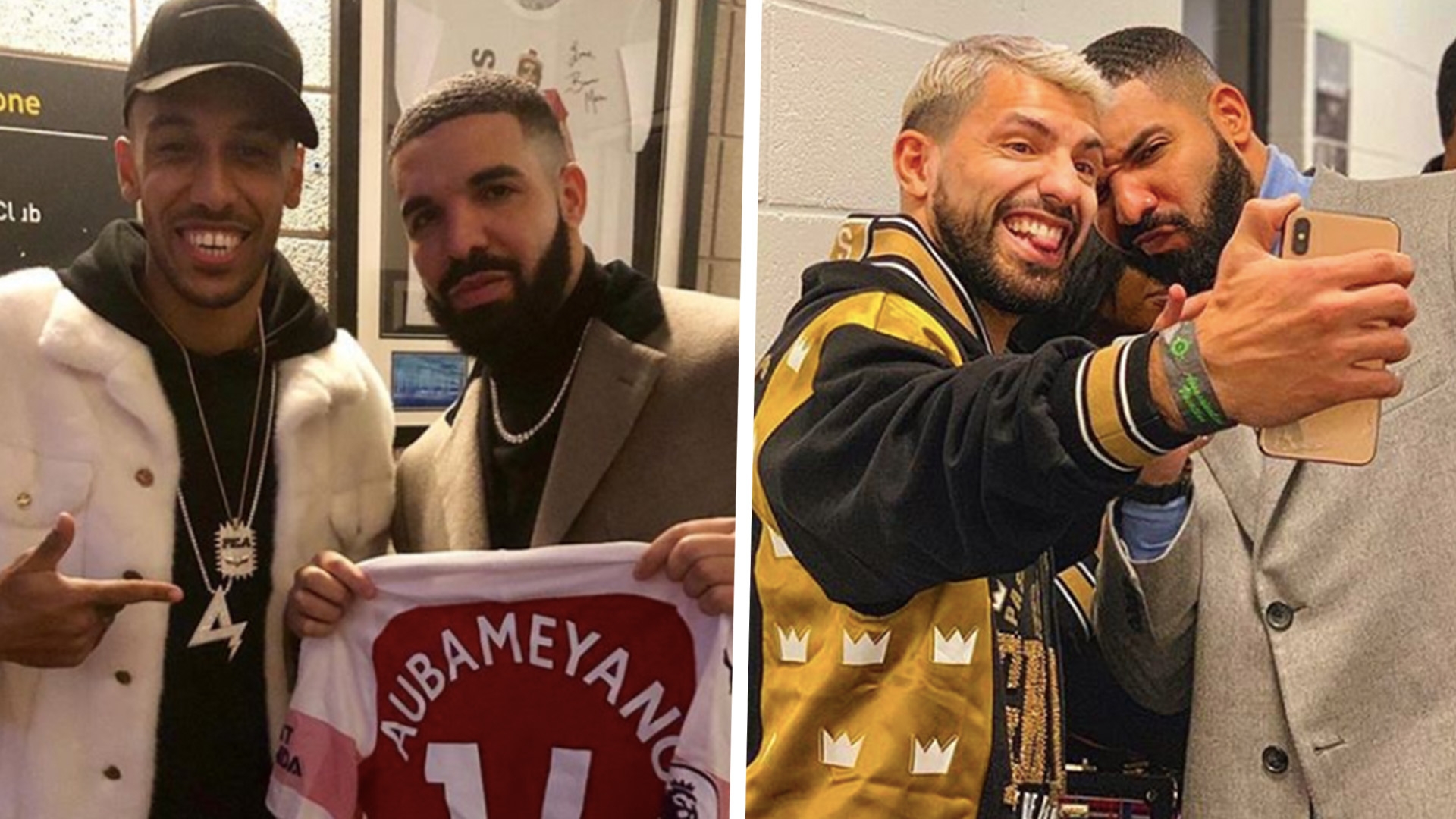 The famous Canadian musician has been blamed for the misfortune of footballers, clubs and all sorts of athletes

Footballers are a superstitious bunch and many within the game subscribe to certain customs or routines in order to, as they see it, keep the bad luck at bay.

Laurent Blanc famously made a habit of kissing Fabien Barthez's head during France's successful World Cup campaign in 1998, for example, while the legendary Johan Cruyff used to slap Gert Bals on the stomach before each game, following that up with the ritual of spitting his chewing gum onto the opposition's half.

As weird and varied as footballers' superstitions already are, however, not many involve best-selling musicians. The 'Drake Curse' has become a concern for football teams around the world, with Serie A outfit Roma jokingly warning their players that they are not to go near the 'God's Plan' singer until the end of the season.

But why do they not want him to go near him? Goal takes a look at the curse and which teams have been 'affected' by the music star's (bad) vibes.

What is the Drake Curse?

The 'Drake Curse' is a phenomenon whereby teams and individuals suffer misfortune in the wake of any sort of association with the rapper and music producer.

A Grammy Award-winning artist, Drake is a regular at sporting events across the world and he has earned plenty of athlete admirers, who inevitably take the opportunity to meet one of their musical heroes when he's in town.

In the social media-obsessed world we live in nowadays, that usually means posing for a photo and immediately sharing it on Instagram or Twitter.

However, it appears that they do so at their own risk, with a startling trend developing which suggests that Drake may actually be a bad luck charm for those sports stars he associates with or, indeed, those he actively supports.

The idea of a Drake curse has been building momentum on social media since 2013, when the Canadian became an ambassador for his local NBA team the Toronto Raptors, and recent events have served to confirm the suspicions of the curse believers.

Which football teams & players have suffered the Drake curse?

A surprising number of teams have apparently suffered from the Drake Curse, so it is no surprise that Roma took to Twitter to declare that all of their players were prohibited from taking photos with the singer.

His 2019 tour of the United Kingdom and Europe has led to meetings with players from some of the continent's biggest clubs, who have then witnessed their clubs perform well below the standards expected of them.

Paris Saint-Germain defender Layvin Kurzawa posed for a picture with the man nicknamed 'Champagne Papi' just days before his club suffered an almighty 5-1 beating at the hands of rivals Lille.

Fue lindo verte otra vez ! Camiseta prometida 🤟🏽 !!It was great to see you again! As promised ...you now have my shirt 🤟🏽

If VAR wasn't enough, Manchester City's Champions League exit against Tottenham in the quarter-finals could potentially be pinned on Drake by believers too, with Sergio Aguero missing a penalty in the first leg shortly after an encounter with the singer in March.

Arsenal striker Pierre-Emerick Aubameyang was also in attendance at one of Drake's gigs at the O2 Arena in London and, like the others, presented him with a shirt. Not long after, the Gunners suffered a 1-0 loss at home to Everton.

Paul Pogba has crossed paths with Drake on a number of occasions during his time at Juventus and Manchester United, but the most recent meeting in March 2019 appears to have done the damage as the Red Devils subsequently went on to lose in the FA Cup quarter-final against Wolves.

Perhaps the fact that fellow Manchester United stars Jesse Lingard and Marcus Rashford were also in attendance at the gig worked in the curse's favour.

England international Jadon Sancho has been enjoying a stellar season in the Bundesliga with Borussia Dortmund, but one meeting with Drake was enough to bring him crashing back down to earth.

Sancho shared a photo of himself with Drake on March 11 and the curse took a while to get going, but, sure enough, it hit hard after three weeks when Dortmund lost 5-0 in Der Klassiker against Bayern Munich.

Amusingly, Manchester United attempted to invoke the powers of the Drake curse ahead of their Champions League quarter-final game against Barcelona in April, with the club's Spanish Twitter account cheekily sharing a photo of the singer wearing the Catalan club's jersey.

It didn't work on that occasion though as Barca were comfortable winners over the two legs. Curses works in mysterious ways, we suppose.

Have other sports stars suffered from the Drake curse?

Unfortunately, the Drake curse is not confined to football and the rapper's reputation for being a bad luck charm does indeed extend to other sports.

One of the most high-profile examples of the Drake curse affecting a sportsman is the case of Conor McGregor, who has a big fan in the form of the rapper. Drake regularly spent time with McGregor in the lead up to fights and could be seen supporting him at events.

The Irish mixed martial artist shared a photo of himself with Drake, who was draped in an Ireland flag, just before his fight with Khabib Nurmagomedov. The outcome of that fight? Fourth-round submission victory for Khabib. Quelle surprise!

Tennis superstar Serena Williams is another supposed victim of the curse as she endured defeat to the totally unfancied Roberta Vinci in the 2015 US Open final. Drake was a prominent figure at Williams's matches throughout the year.