The only thing more controversial than Taribo West’s hairstyle was his age. But regardless of how old he said he was, one thing was for sure: West knew how to defend.

The 43-year-old had a career that took him all around the world, from his native Nigeria to Iran, with several stops in Europe along the way. His brightly-coloured braids became a trademark for the no-nonsense centre-half, as did his tough tackling and barnstorming surges forward.

The controversy over his exact age came long after his playing career had finished, in 2013, when former Partizan Belgrade club president Zarko Zecevic told Serbian newspaper Vecernje Novosti: “[West] joined us saying he was 28. We only later found out he was 40, but he was still playing well, so I don’t regret having him on the team.”

West promptly hit back, though, insisting, "My personal records have been in the hands of Obanta United and the professional league since the 1990s and, all along, I have used my true age."

Whatever the truth, he certainly enjoyed a long and peripatetic carer. 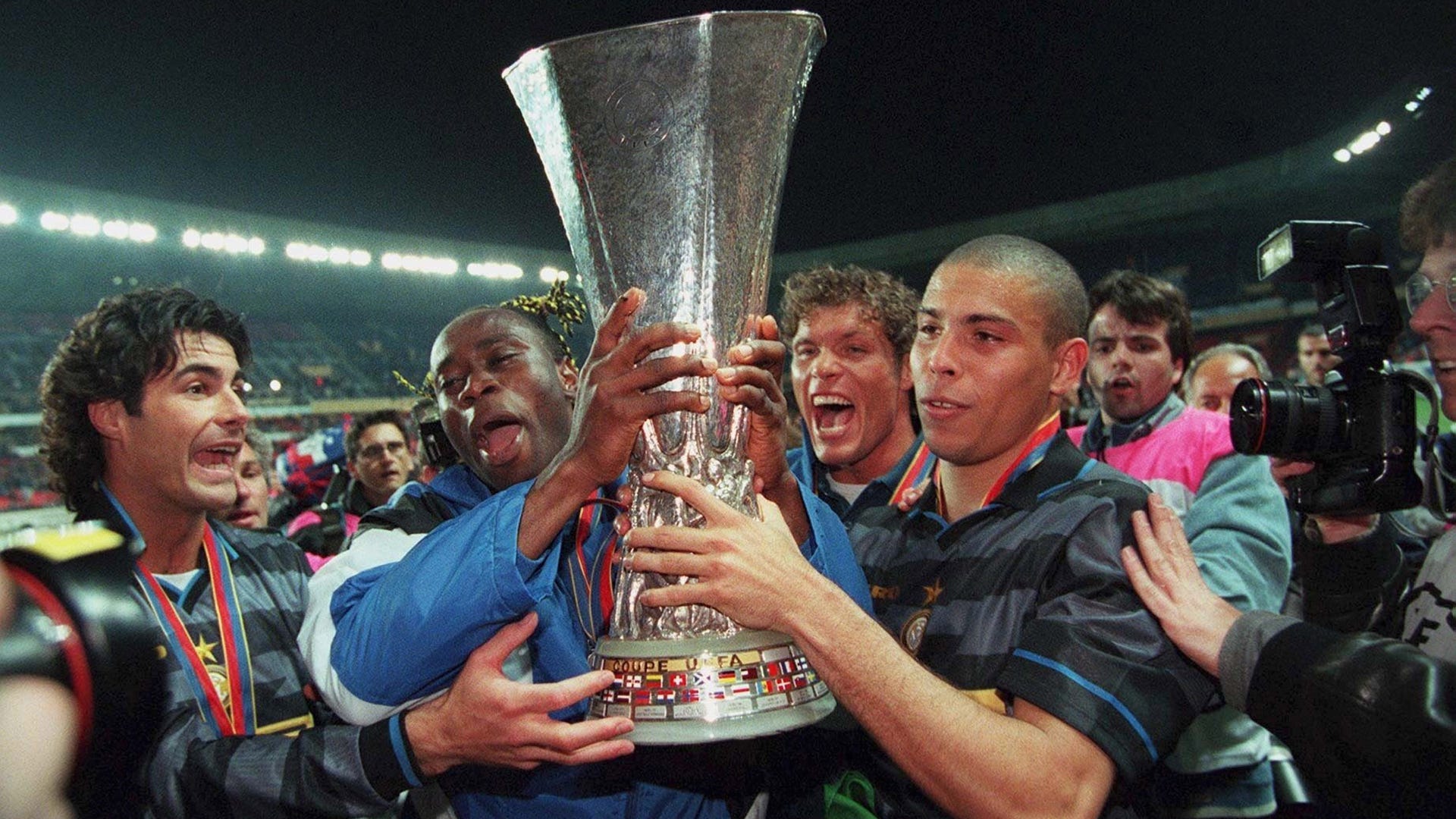 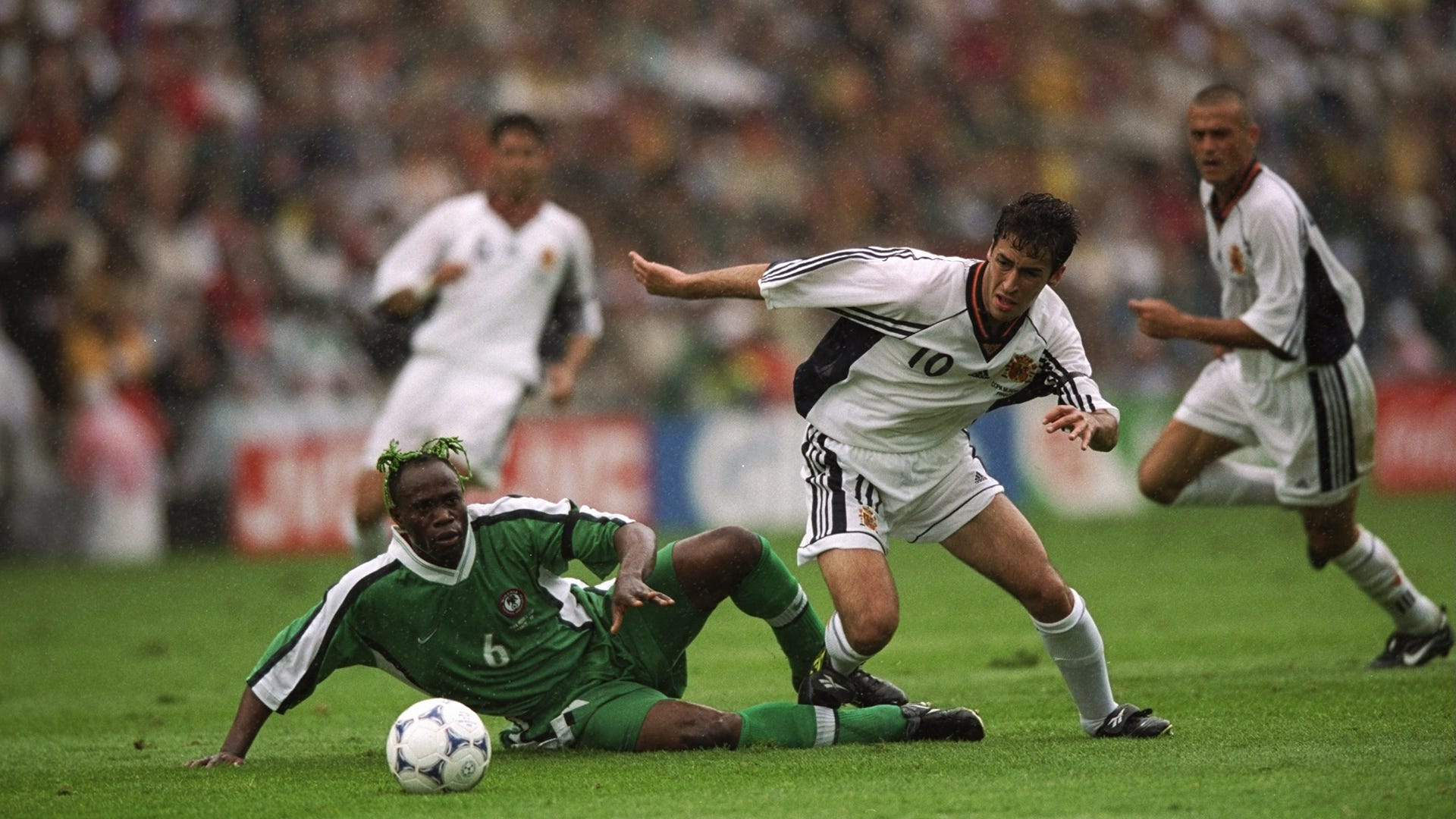 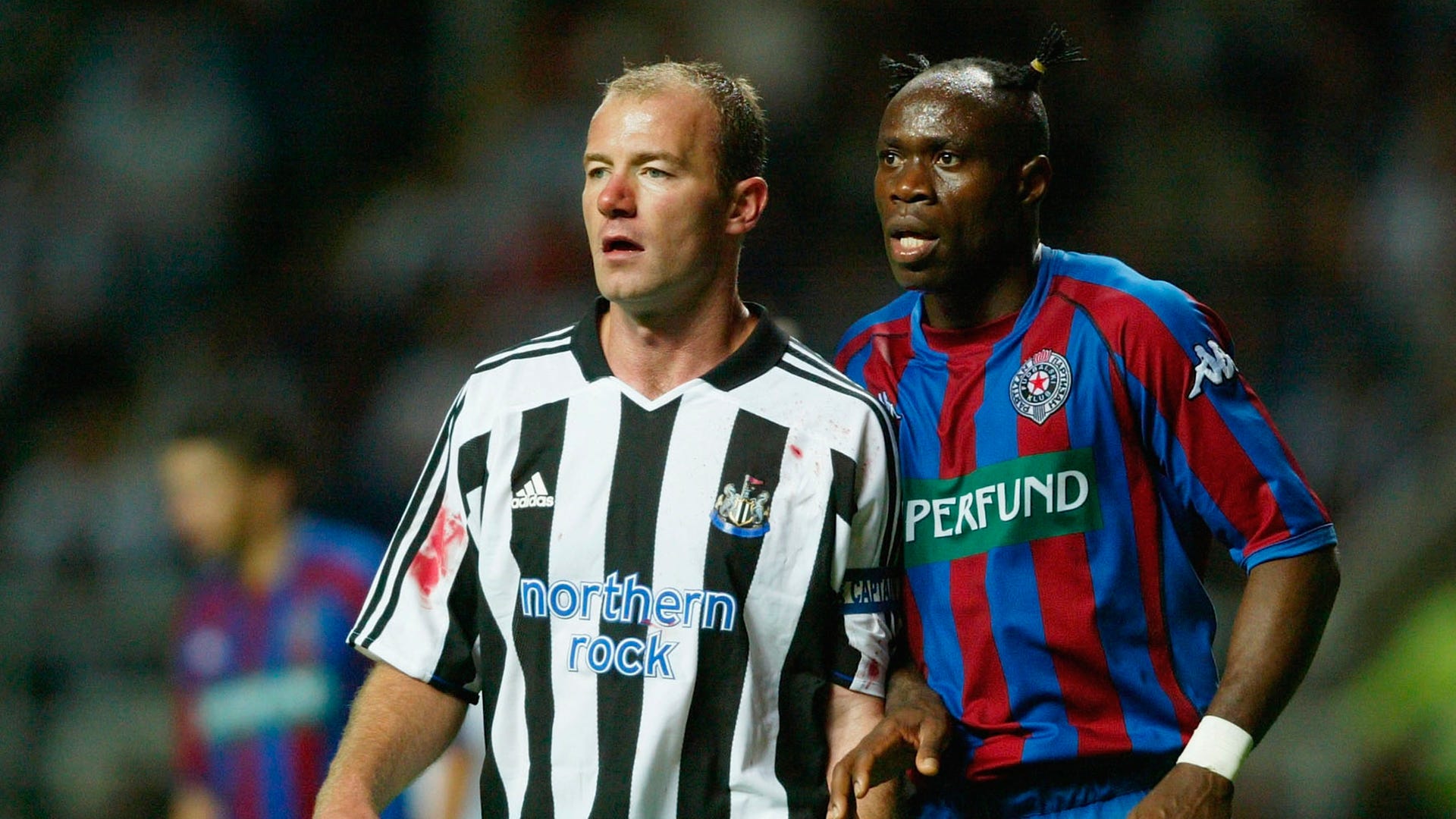 After bouncing around his home country and playing for a range of teams until 1993, he moved to France to sign for Auxerre following a successful trial with the club, but only made one appearance in his first season; naturally, West was booked in a 0-0 draw at Toulouse.

The 1994-95 season saw Auxerre finish fourth in the league, with the Nigerian playing 23 games as his side posted the joint-meanest defence by conceding just 34 goals. However, discipline was an undoubted problem for West, who was sent off twice and booked a further six times.

The following year saw him have his best campaign yet, as Auxerre did the league-and-cup double before West played every single minute for Nigeria as they claimed a shock gold medal at the 1996 Olympics.

He made his Champions League debut in the 1996-97 season, helping Auxerre reach the quarter-finals, but more importantly, in doing so, he put himself on the radar of bigger teams.

After attracting interest from Real Madrid, Manchester United and Barcelona in June 1997, West eventually moved to Inter for around £2 million. A successful first season at San Siro saw the Nerazzurri finish second in Serie A and win the UEFA Cup, although West was sent off in the final (albeit for a seemingly innocuous challenge).

His first taste of the World Cup came in 1998, with Nigeria advancing from the group stage but going out in the last 16 after a dismal 4-1 loss to Denmark, prompting the country’s culture minister, Otumba Runshewe, to criticise the colourful defender's fashion sense.

“Our youths copy our footballers, but the players seem to forget that braids embrace a sense of homosexuality in the developing world," he claimed. "We certainly don’t want that.” 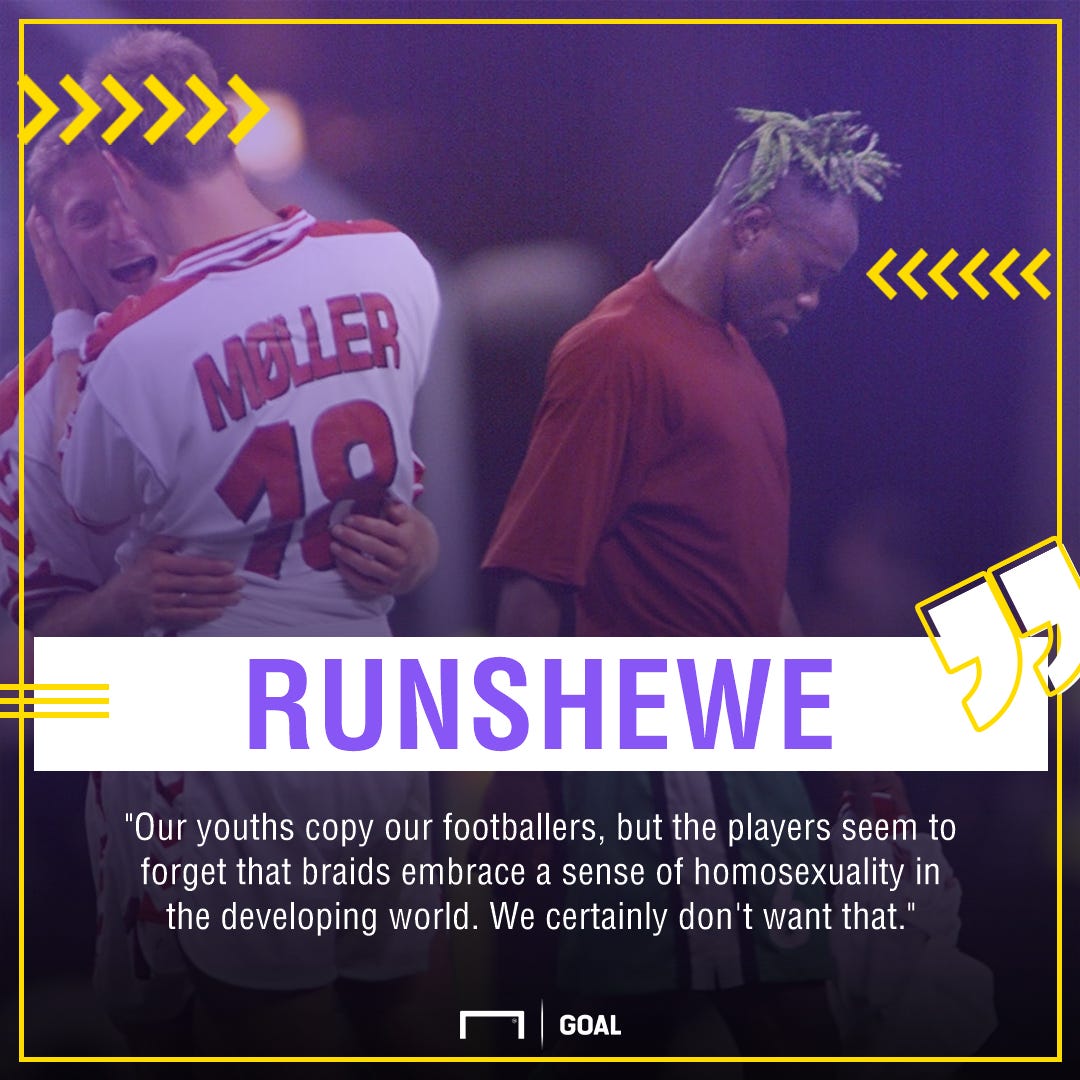 In January 2000, West moved across town to AC Milan after being frozen out by Inter, but only played four games before being shown the door. This came as quite the shock to West, who felt that he was the best defender at the club, better even than the legendary Paolo Maldini.

"In 2000, I played the African Nations Cup with Nigeria and when I returned Maldini was injured," he explained to Supersport four years ago.

"I played the games in his place but I was told clearly that nobody could force out Maldini because he was a godfather in the club. No one could take the place of Maldini.

"I was in shock. At the time they told so many lies about me because they wanted me out. During the four games I played, I was always the best player on the field, yet my contract was not renewed."

As a result, he joined Derby County on loan for three months and helped the Rams avoid relegation from the Premier League before linking up with Kaiserslautern, where he was released after making just 10 appearances, with the club citing their “total disagreement with Taribo West's behaviour".

Controversy continued to follow him wherever he went, for both club and country, and he was blamed for Nigeria’s exit at the 2002 World Cup, after the Super Eagles claimed just a single point from their three group-stage game.

"We took him to the finals to guide the players," coach Adegboye Onigbinde explained. "But, as we found out later, he would only ask the players to play to his own style, going against what we asked them to do. He was never with us."

West subsequently spent 18 months with Partizan but left by mutual consent and made appearances for Al-Arabi in Qatar, Plymouth Argyle in England, and Paykan FC in Iran, before retiring for good in 2008. 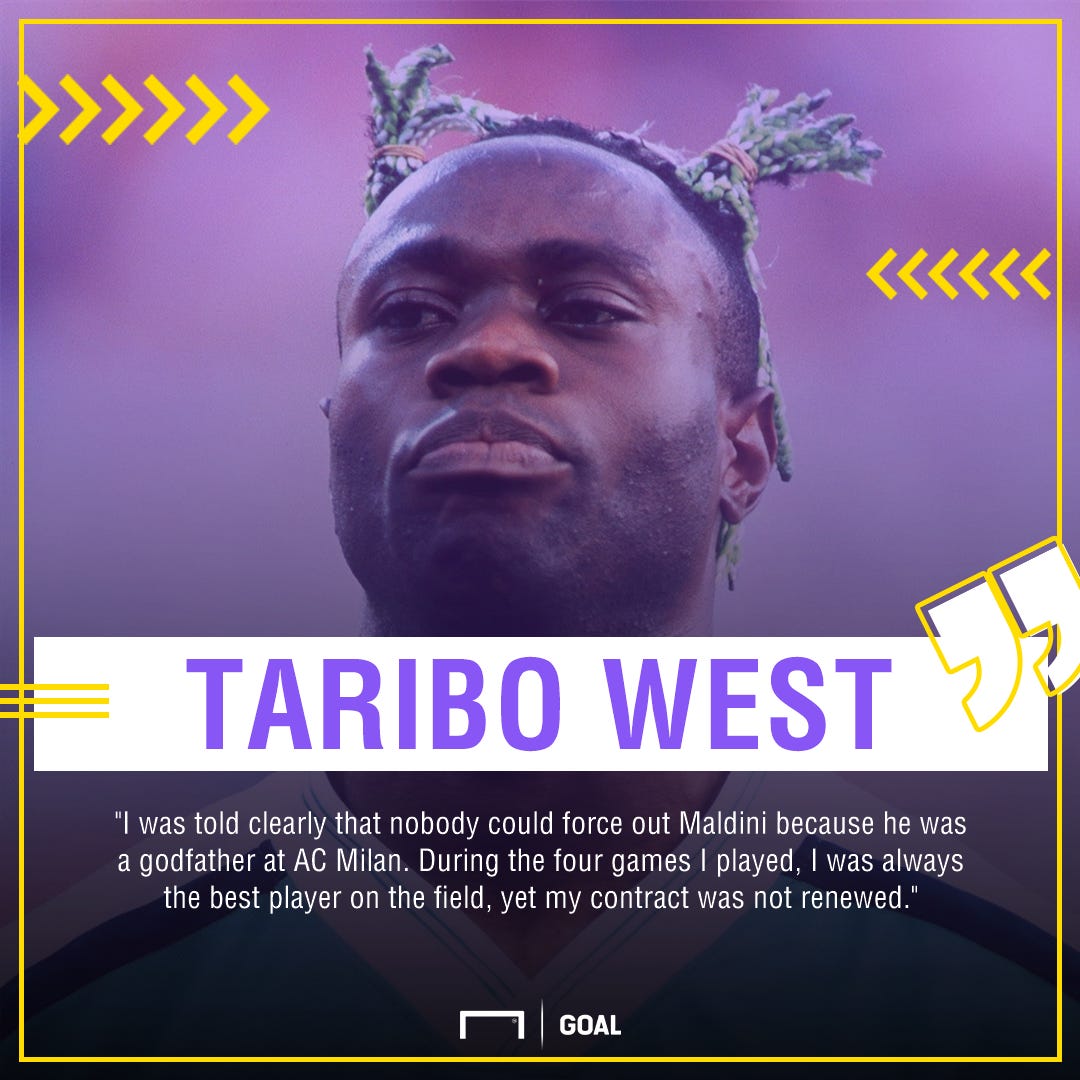 He remained active in football, at least for a while, launching the 'Future Stars Football Talent Hunt with Taribo West' program in 2010, which intended to "take football to the next level in Nigeria".

However, in 2014, he became a Christian pastor and founded his own ministry: Shelter in The Storm Miracle Ministries of All Nations.

There is even a claim, albeit an unsubstantiated one with no direct sources, that whilst playing in Italy, he hosted a Bible class in his house and saw his Yugoslavian lover turn into a snake. It was at that moment, the story goes, that he decided to give his life to Jesus.

If there were considerable doubts over the veracity of that particular anecdote, there was widespread disbelief when a South African radio station claimed last year that West had passed away.

Happily, reports of his death were greatly exaggerated, though, with former Nigeria international Etim Esin immediately moving to reassure his compatriots, “I just spoke with Taribo West! My very good friend and Pastor is alive and well.

"I am very surprised that people will just wish somebody dead for no reason."

Especially somebody like Taribo West, a character as colourful as the beads he wore in his hair.