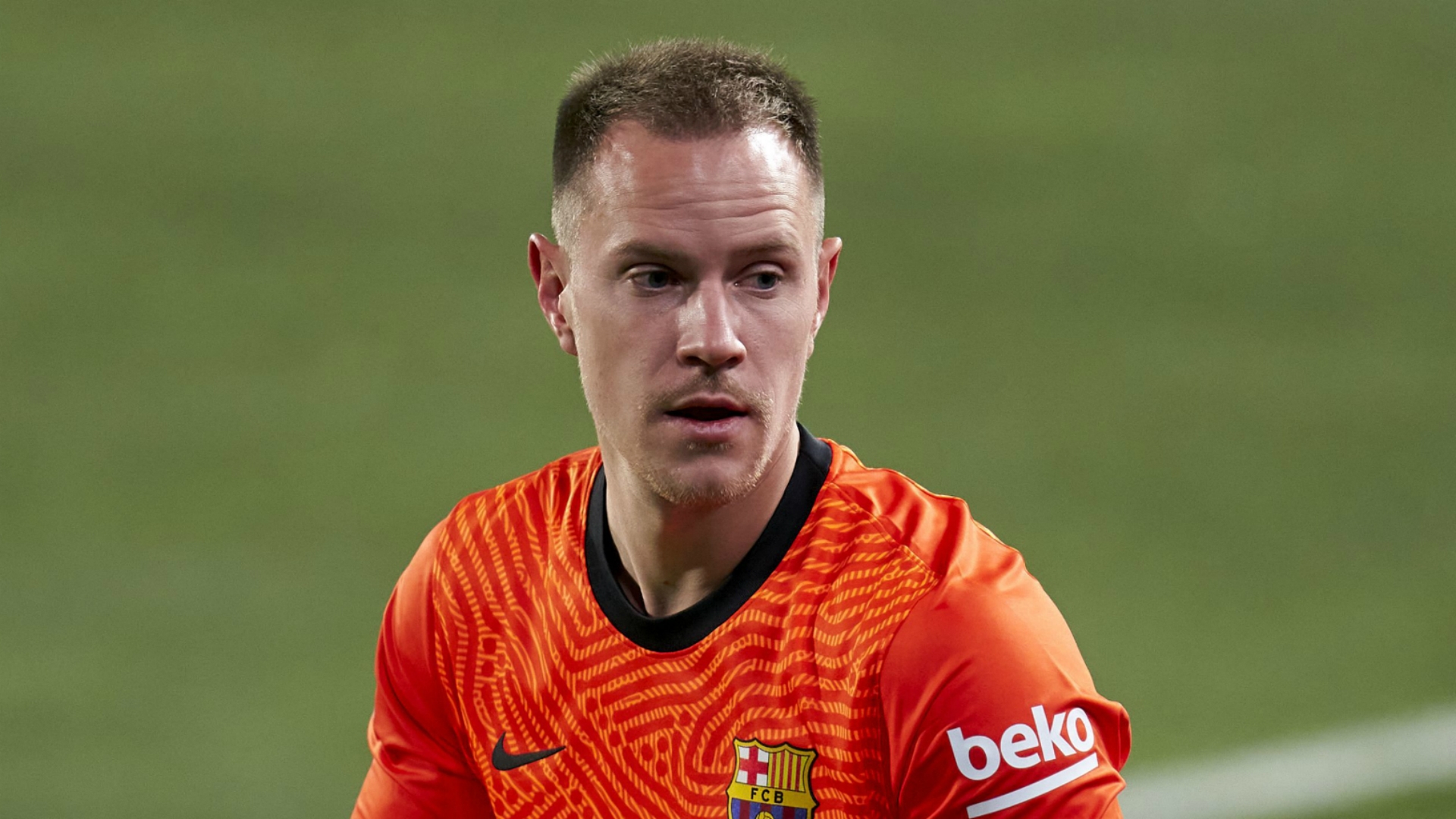 The Blaugrana are now six games unbeaten in La Liga after winning 1-0 at Huesca, but their goalkeeper feels they made it difficult on themselves

Barcelona goalkeeper Marc-Andre ter Stegen called upon his team-mates to raise the quality of their performances late in games after they earned a narrow victory over La Liga strugglers Huesca.

Frenkie de Jong scored a first-half volley that proved decisive at El Alcoraz but Ter Stegen had to be alert to keep Rafa Mir from equalising as the division's bottom club were allowed to attack in the second half.

Ter Stegen acknowledged that Barcelona's display improved on their showing in a 1-1 draw with Eibar last time out in La Liga, but called for more hard work to put the Blaugrana back in contention for a place in the top three.

"We had a lot of possession, we pressed them high, when we lost the ball we were directly right in front of them to keep on going. We made it very difficult for them to come out from the back.

"We have to improve, that's what I think, overall in the last minutes so that we don't suffer as much. I think it's not needed.

"But we won the game which is very important and we move forwards."

Ter Stegen paid tribute to De Jong, who scored his second La Liga goal of the season to equal the number he scored in the whole of 2019-20.

"I'm super happy for him, it's not that often that he scores," he said with a laugh. "I hope he continues like this, and for me and the whole team it's nice to have a clean sheet for the restart and I'm really happy for us as a team."

De Jong, who arrived at Camp Nou in a €75 million transfer from Ajax in mid-2019, credited the fine chipped pass from Lionel Messi for giving him the opportunity to net his fourth goal for the club.

He said: "Especially in games like this when they close a lot and they are going backwards, all of their team almost, it's important to make these runs into the box as a midfielder.

"Leo gave me a great pass and I could score."

Asked whether scoring the club's first goal of 2021 holds significance for him, De Jong said: "I try to score a bit more but I don't think it means something, no."