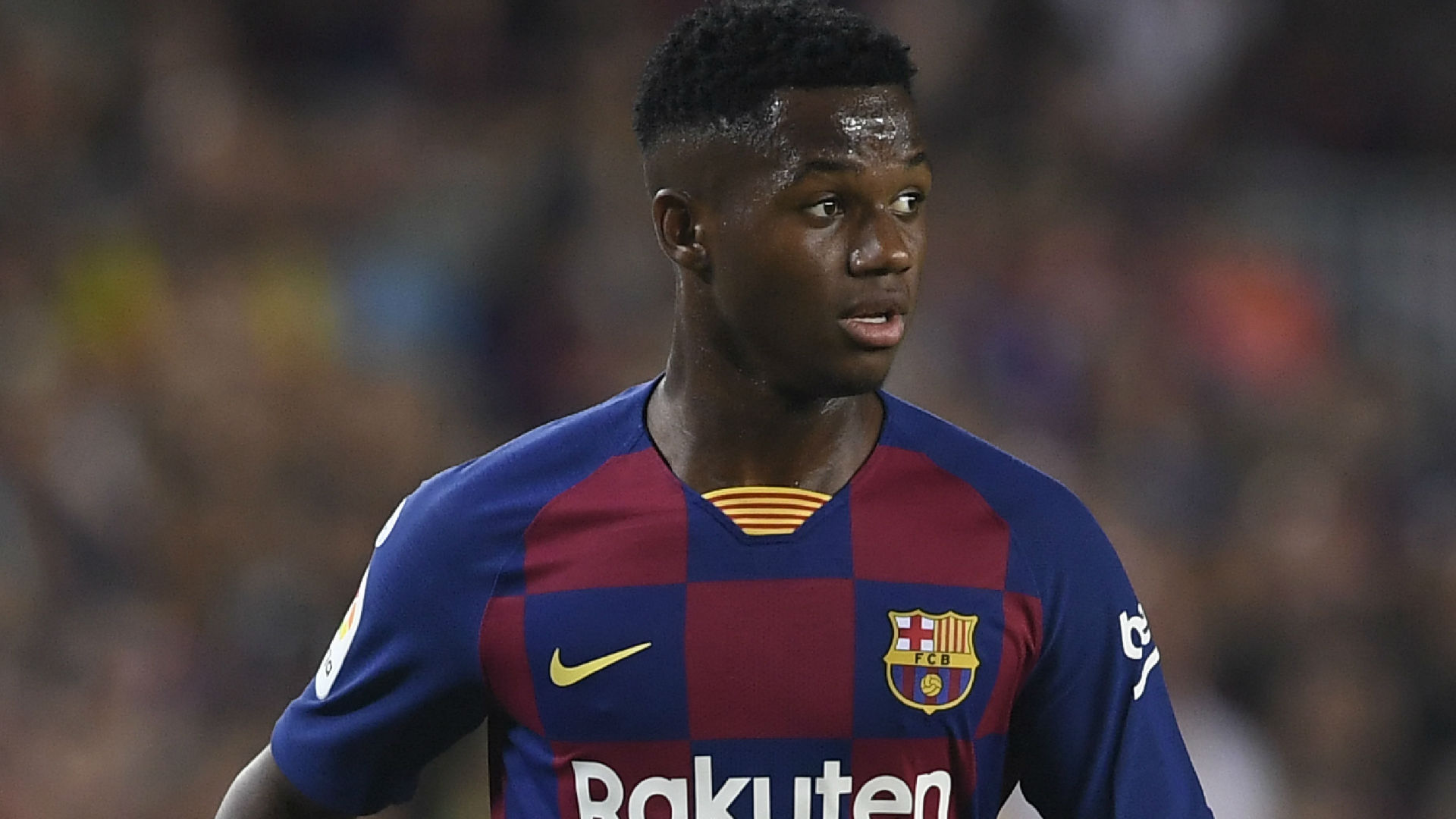 The 16-year-old La Masia product became the youngest player to play for the club since 1941, needing permission from his parents

Teenage Barcelona forward Anssumane Fati became the youngest player to represent the Spanish giants in La Liga since 1941 when he made his debut off the bench in a win over Real Betis.

Fati is just 16 years and 298 days old. The youngest player ever to represent the Blaugrana is Vicenc Martinez, who was 16 years and 280 days old when he made his bow in 1941.

Fati replaced Carles Perez with around 15 minutes to go in Barca’s comfortable 5-2 win over Real Betis.

Fati needed parental permission to play in the game due to La Liga regulations.

Underage players are not allowed to feature in late-night games in Spain without consent from a parent. Fati’s debut kicked off 9pm local time, which is classified as late night.

He joined the famous Barcelona academy La Masia in 2013, when he was just 10.

2 - Anssumane Fati has become the second youngest player to play for @FCBarcelona in LaLiga history (16 years and 298 days), after Vicenç Martínez against Real Madrid in October 1941 (16y 280d). Audacity pic.twitter.com/K83MxWjXsi

He was not expected to make an impression so soon, but something of an injury crisis among first-team forwards at Camp Nou fast-tracked his involvement.

None of Lionel Messi, Luis Suarez or Ousmane Dembele were available due to injury and with Malcom and Philippe Coutinho having been moved on this summer, there was a thin look to the squad ahead of their second game in the Primera Division this season.

They started the game with Perez, Rafinha and Antoine Griezmann in attack, and the new-look front line had little trouble swatting aside the challenge of Betis.

Griezmann opened his account with a brace either side of half time, cancelling out Nabil Fekir’s opener for the visitors.

Loren Moron scored a consolation for Betis soon after the teen's introduction, but his team picked up a vital win after they’d started the season with a defeat to Athletic Bilbao.