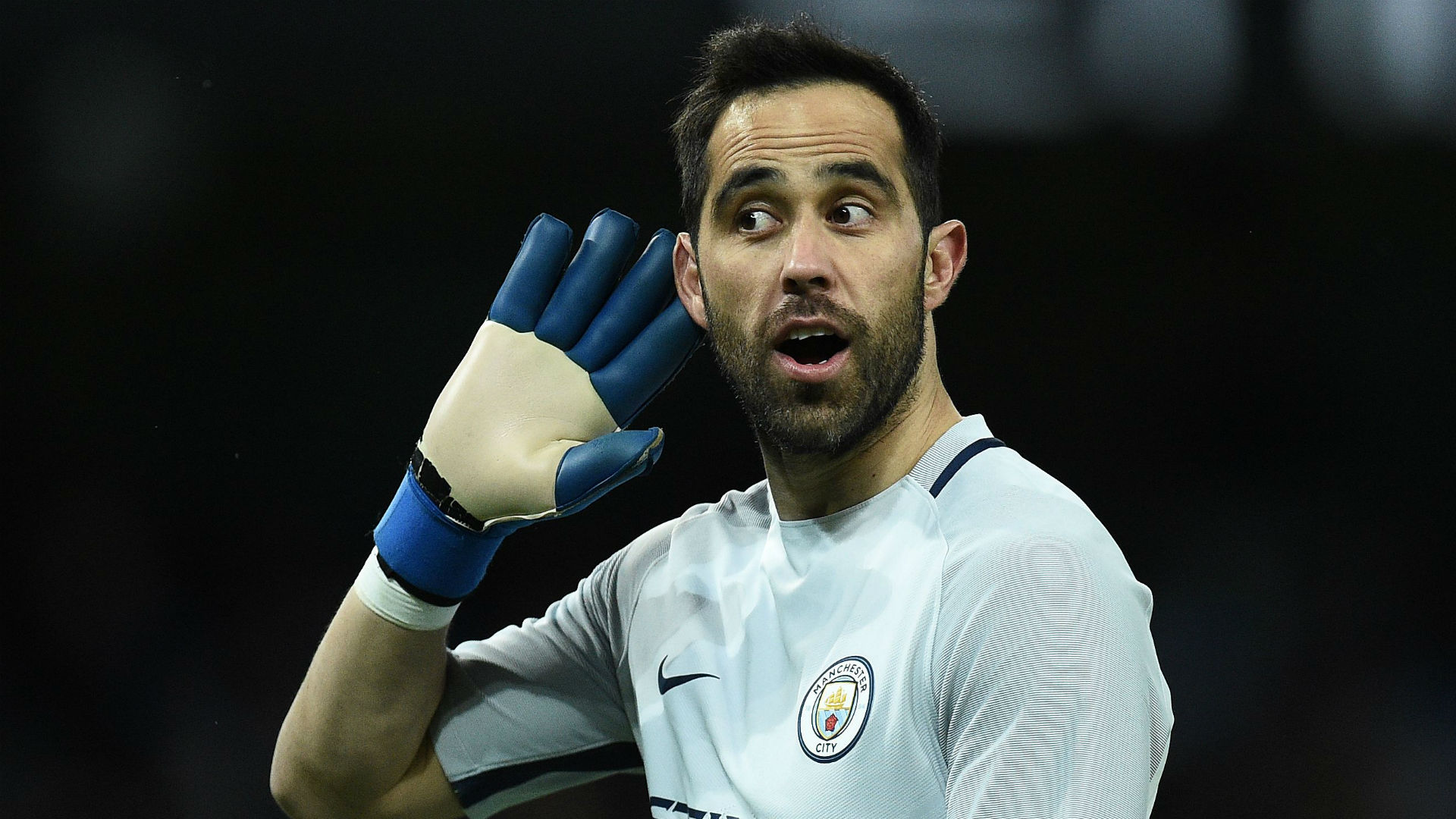 Pep Guardiola has replaced Willy Caballero between the posts, while Kevin De Bruyne has to make do with a place on the bench

Claudio Bravo has been reinstated to the Manchester City starting XI for their Premier League clash against Hull.

The Chile international has not featured in the league since January, when he played in the 2-2 draw at home to Tottenham, but replaces Willy Caballero for the game against the Tigers.

Kevin De Bruyne must make do with a place on the bench, where he is joined by compatriot Vincent Kompany, who is nearing a full return from injury.

De Bruyne drops among the substitutes after failing to impress in City's last two games against Arsenal and Chelsea.