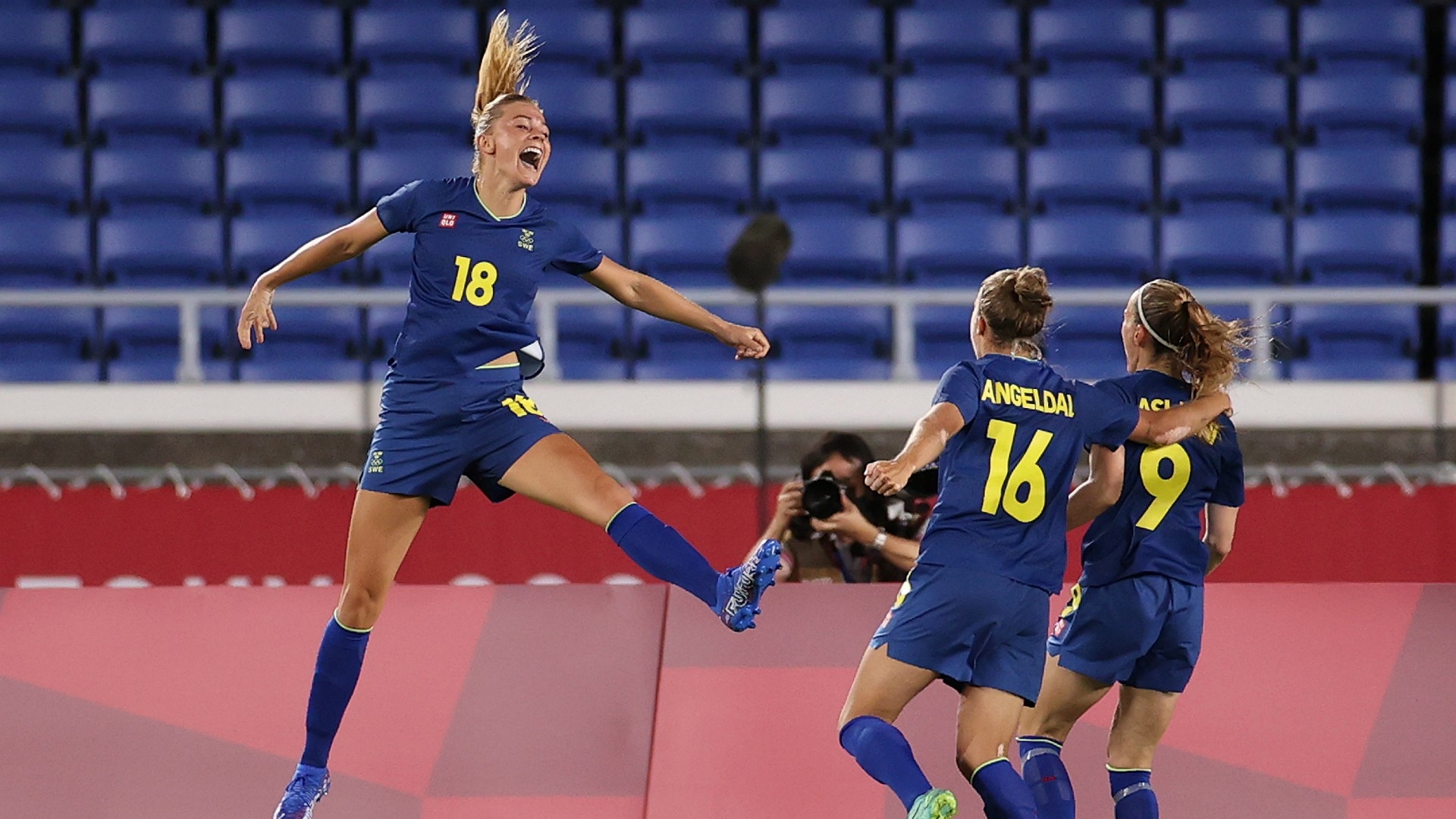 Sweden and Canada will square off with a gold medal on the line when they meet in the final of the women's tournament at Tokyo 2020, at the International Stadium in Yokohama.

The Blue and Yellow are looking to go one step further than the silver they scored at Rio 2016 five years ago while Les Rouges have reached the gold-medal game for the first time.

In the United States (US), this year's Olympic soccer games can be watched live and on-demand with fuboTV (watch with a 7-day free trial).

Having fallen at the final hurdle to Germany five years ago, the Blue and Yellow will be determined to make amends for their heartbreak, particularly after a nervy, narrow victory over Australia - a side they had already beaten in Group G - booked their spot in the final.

After an injury looked to have dashed her chances in the early stages of the tournament, Stina Blackstenius has recovered to lead the line, while matchwinner Fridolina Rolfo and captain Caroline Seger are among those who are also set to start.

Back-to-back bronze medal victories at London 2012 and Rio 2016 have made it a case of so close and so far for Les Rouges - but after defeating World Cup holders the USWNT, they sit on the cusp of history.

Midfielder Quinn is certain to be the Olympics' first openly transgender medalist either way, and seems a sure bet to start after starring against the Stars and Stripes - while captain Christine Sinclair could win a first major international honour since the 2011 Pan American Games.