The Real Madrid loanee impressed in his first competitive appearance for the Gunners at the Emirates, assisting both goals in a 2-1 win over Burnley

It was quite apt that when Dani Ceballos’ name rang around the Emirates on Saturday, it was sung to the tune that used to be associated with Santi Cazorla.

It’s been well over a year now since Cazorla left the Gunners and nearly three years since the classy Spaniard made his last appearance for the club before succumbing to that dreadful ankle injury.

Arsenal have used plenty of midfielders since and they’ve all had their own qualities, but it would be no exaggeration to say that Cazorla – now back playing with Villarreal – has never been replaced.

However, on a warm afternoon in north London, we may just have seen the player capable of belatedly filling the void left by the mercurial Spaniard.

As home debuts go, the one Dani Ceballos produced in a 2-1 win over Burnley was among the best you will ever see.

With Granit Xhaka out through injury, manager Unai Emery brought Ceballos into the starting XI and gave the 23-year-old license to roam in a midfield which also featured Matteo Guendouzi and Joe Willock.

Ceballos was at the tip of the three, operating behind Alexandre Lacazette, with Pierre-Emerick Aubameyang and Reiss Nelson on either side.

And it took just five minutes for the Spain international to get the fans inside the Emirates on their feet.

His shot from outside the box may have curled wide of the far post but it was the quick feet he showed to work himself a shooting position that so excited the crowd.

From that moment on, Ceballos was the star of the show as Arsenal followed up their opening-round win at Newcastle with another narrow victory in the summer sunshine.

It was his corner which picked out Lacazette for the opening goal, although the French striker still had plenty to do when he received the ball inside a congested penalty area. 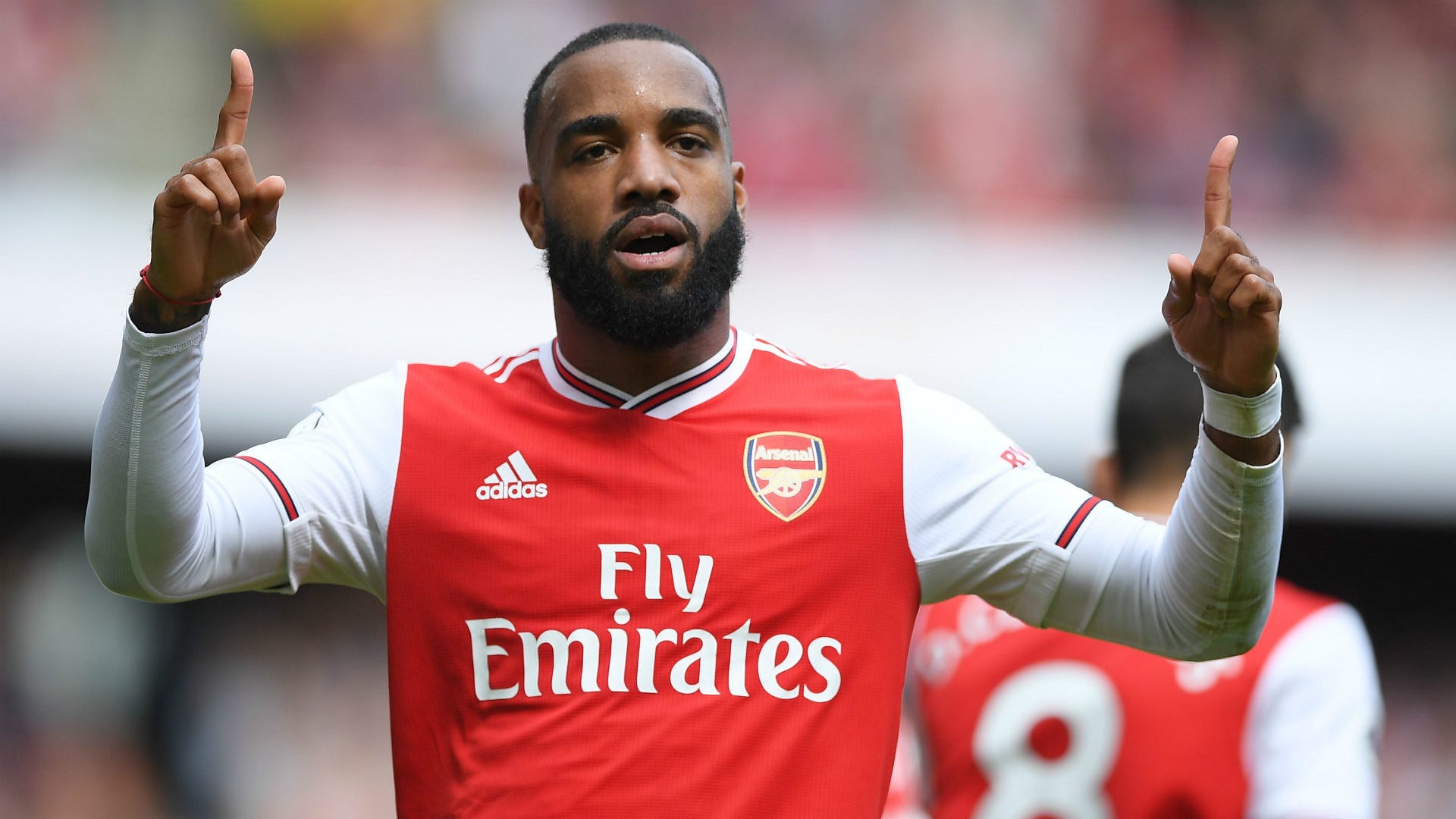 Still, the rest of the first half was sprinkled with moments of magic from Ceballos that couldn't help but evoke memories of his compatriot Cazorla.

At times, Ceballos found himself surrounded by Burnley players, but he managed to dance his way through them, the ball seemingly tied to his feet.

He was given standing ovations on three separate occasions before the break and almost picked up his second assist when a driving run set up Guendouzi for a chance, only for the Frenchman to be denied by Nick Pope.

It was an important save because moments later, Burnley broke down the pitch and snatched an equaliser through Ashley Barnes just before half-time.

It was a goal that sucked the life out of what had been a very lively Emirates crowd, but Arsenal stuck to their task after the interval.

Nicolas Pepe replaced Nelson to make it three home debutants, alongside Ceballos and David Luiz, and the club's record signing certainly made his mark as Emery’s side went in search of a winner.

Ceballos almost restored the lead on 62 minutes when his curling effort was pushed away by Pope, but the goal Arsenal were seeking did arrive two minutes later – and it was no surprise to see the Real Madrid loanee involved. 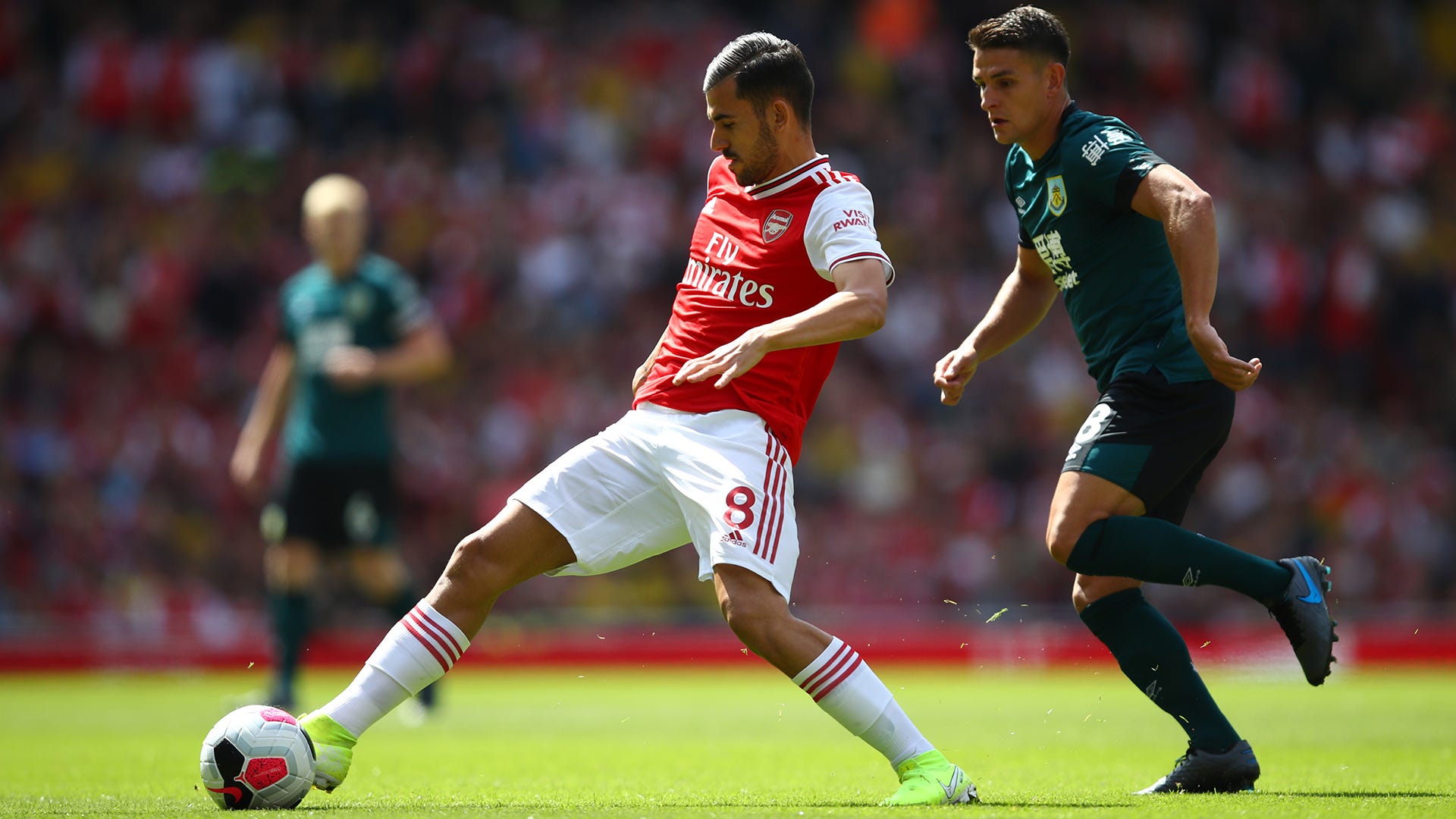 He won back possession deep inside the Burnley half and presented the ball to Aubameyang, who drove forward, cut inside his man and arrowed a low drive into the bottom corner.

A pumped-up Ceballos ran off celebrating like he had scored, heading straight to the fans in the far corner of the North Bank having become only the third Arsenal player to register two or more assists on his first Premier League start after Ray Parlour and Henrikh Mkhitaryan.

The goal was no more than Arsenal deserved at the time, although they did have to survive a late rally from the visitors to ensure they started the season with back-to-back wins for the first time since the 2009-10 campaign.

Ceballos was withdrawn to yet another standing ovation late on, having had more touches (97) than any other Arsenal player on the pitch and made more passes (70). He also had the joint most shots (3) and most key passes (4).

But it wasn’t just in attack that he excelled, which is why his performance brought back so many memories of Cazorla. He gained possession more times than anyone else (7) and also competed in more duels (19), winning 47 per cent of them.

Arsenal head to Liverpool next weekend and, with Xhaka expected to return, it will be interesting to see what system Emery opts for at a ground that has not treated the Gunners well in recent seasons.

He has some difficult decisions ahead of him but deciding whether to select Ceballos shouldn't be one of them.