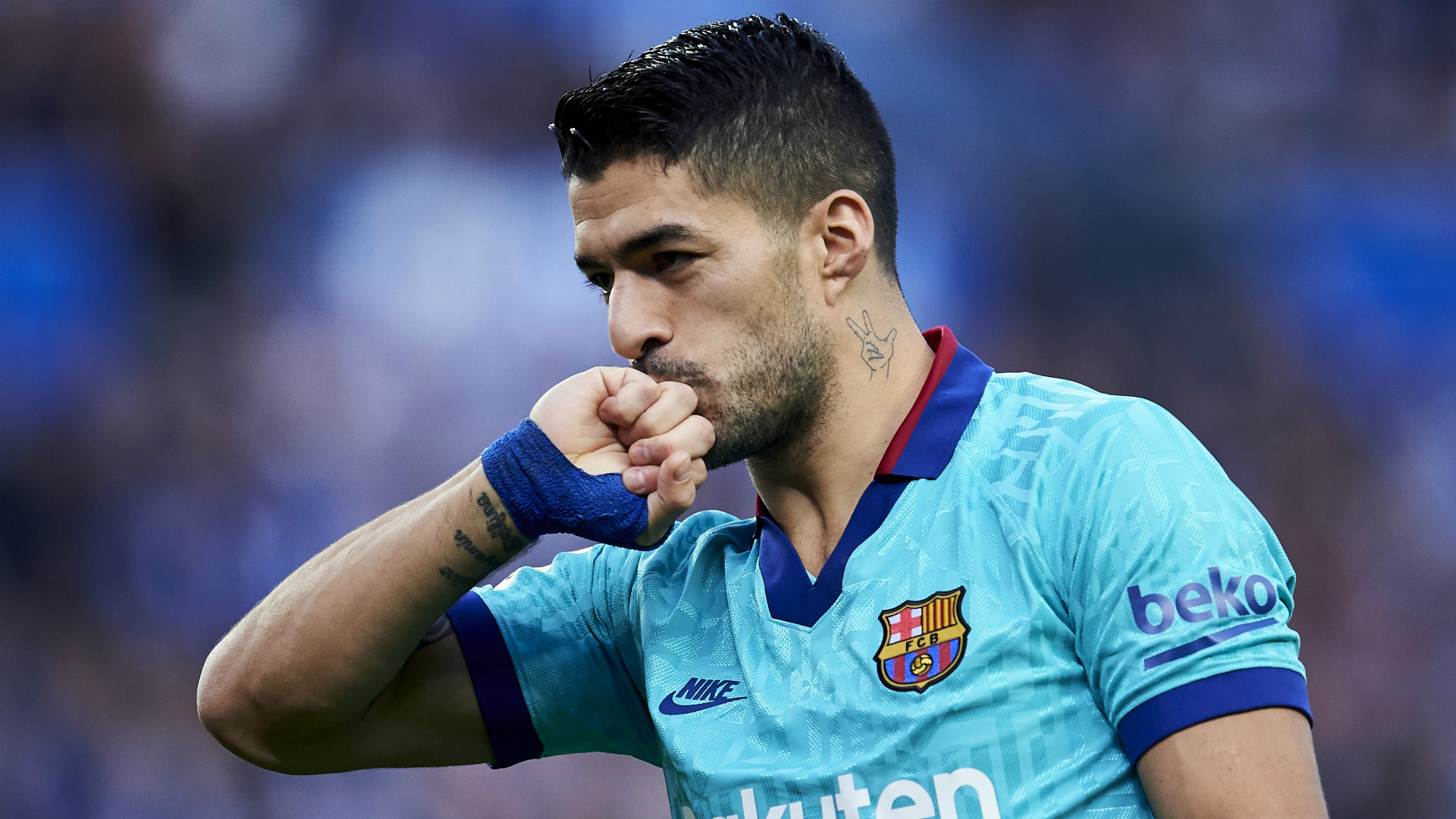 Luis Suarez says an enforced break in Barcelona’s 2019-20 campaign has not impacted the club’s ambition, with the fit-again striker saying everyone at Camp Nou is looking to “win all we can”.

Spanish football has, like many other nations across the world, been in a state of indefinite lockdown since the middle of March.

Competitive action is returning, though, and La Liga chiefs have stated their intention to get seasons played to a finish from June 11.

Leading sides, such as Barcelona, are back in training and counting down the days until they can return to the field once more.

The Blaugrana will be restarting sat two points clear of Clasico rivals Real Madrid at the top of the Liga standings.

They have 11 games left to take in, while Champions League glory also remains up for grabs having reached the last-16 stage of that competition.

Suarez is determined to get his hands on as many prizes as possible, with there no tweaking of targets being undertaken in Catalunya.

He told Sport: “The ambitions are the same, win all we can and I think that we're in good shape to do that, I see the team doing well and it's hopeful.”

Barca’s cause will be aided over the coming weeks by the return to fitness of Suarez.

The Uruguay international has been out of action since January 9, with his absence contributing to the emergency signing of Martin Braithwaite.

A period of rest during the coronavirus pandemic has worked in Suarez’s favour, with the 33-year-old claiming that he will be raring to go when Quique Setien next names a starting XI.

The South American forward, with 14 goals to his name this season, added: "I'm really happy.

"At first I did some days with Juanjo (fitness coach) and then bit by bit I got back into the group. Now I have been working for a few days with the group.

"In part the coronavirus helped me gain time in my recovery, I will be able to play in games in which I wasn't able to play. I'm very happy for that but there's the negative side too with the situation that many people are living in today."