Manchester City boss Pep Guardiola says he may have to sell before he can bring in the central defender he wants, casting fresh doubts over the future of John Stones.

Before the Covid-19 pandemic shut down football in March, the City boss was looking at bringing in one, or possibly even two new centre backs when the end-of-season transfer window opened in a bid to freshen up a squad that has struggled to maintain a challenge on leaders Liverpool.

Following the departure of captain Vincent Kompany in the summer of 2019 and a failure to replace him coupled with a long-term injury to Aymeric Laporte, City's weaknesses at the back have been left exposed.

They have already lost seven times in the Premier League - more than their two previous title-winning seasons combined - and conceded 31 goals, more than in either of the two previous campaigns with nine games still remaining.

"I don’t know that right now," Guardiola said when asked about the possibility of signing a new centre-half in the transfer window, ahead of Monday night's clash with Burnley.

Stones and Nicolas Otamendi would be the most likely to be jettisoned, with both having two years remaining on their current deals, though England defender Stones would command a bigger fee if either left.

There has been speculation reagrding a possible switch to Newcastle should the Saudi Arabian-led takeover of the Magpies go through, while Arsenal boss Mikel Arteta was linked with a move for him in the January transfer window. Like Guardiola, the former City coach knows all about Stones' qualities, but concerns remain are over his ability to deliver performances on a consistent basis.

Both Spaniards maintain that the 26-year-old has the capability to be one of the best defenders in the world, but niggling injury setbacks and mixed form means that after nearly four years at the Etihad Stadium, it remains unfulfilled potential.

Stones appeared to have slipped down the pecking order before the enforced three-month hiatus having been left out of the starting line-up for the tough trips to Real Madrid and Leicester, but was recalled to face Aston Villa in the Carabao Cup final and Sheffield Wednesday in the FA Cup.

His absence from the 20-man matchday squad for the victory over Arsenal on the first day of Project Restart raised more eyebrows, although Guardiola later clarified that he was missing with a slight ankle injury.

Even so, the emergence of rookie defender Eric Garcia could give Guardiola more flexibility with his squad. The 19-year-old was a surprise starter against the Gunners but coped comfotably with the threat of Pierre-Emerick Aubameyang on his return, until a horrible collision with goalkeeper Ederson saw him taken off on a stretcher late on.

Nevertheless, Garcia is pushing for more regular appearances, and the club are keen to reward him with a new contract to ward off any interest from his former club Barcelona, who are still smarting at losing such a gifted talent when he moved to the Etihad as a 16-year-old.

Academy defender Taylor Harwood-Bellis has also impressed in a handful of appearances this season, while Tosin Adarabioyo has gained more experience with Championship club Blackburn Rovers.

A busy schedule does at least give Stones the opportunity to state his case, with City facing a minimum of 11 games in the next 46 days followed, hopefully, by a mini-Champions League tournament in Lisbon should they negotiate a last-16 clash with Real Madrid at either the Etihad or in Portugal. 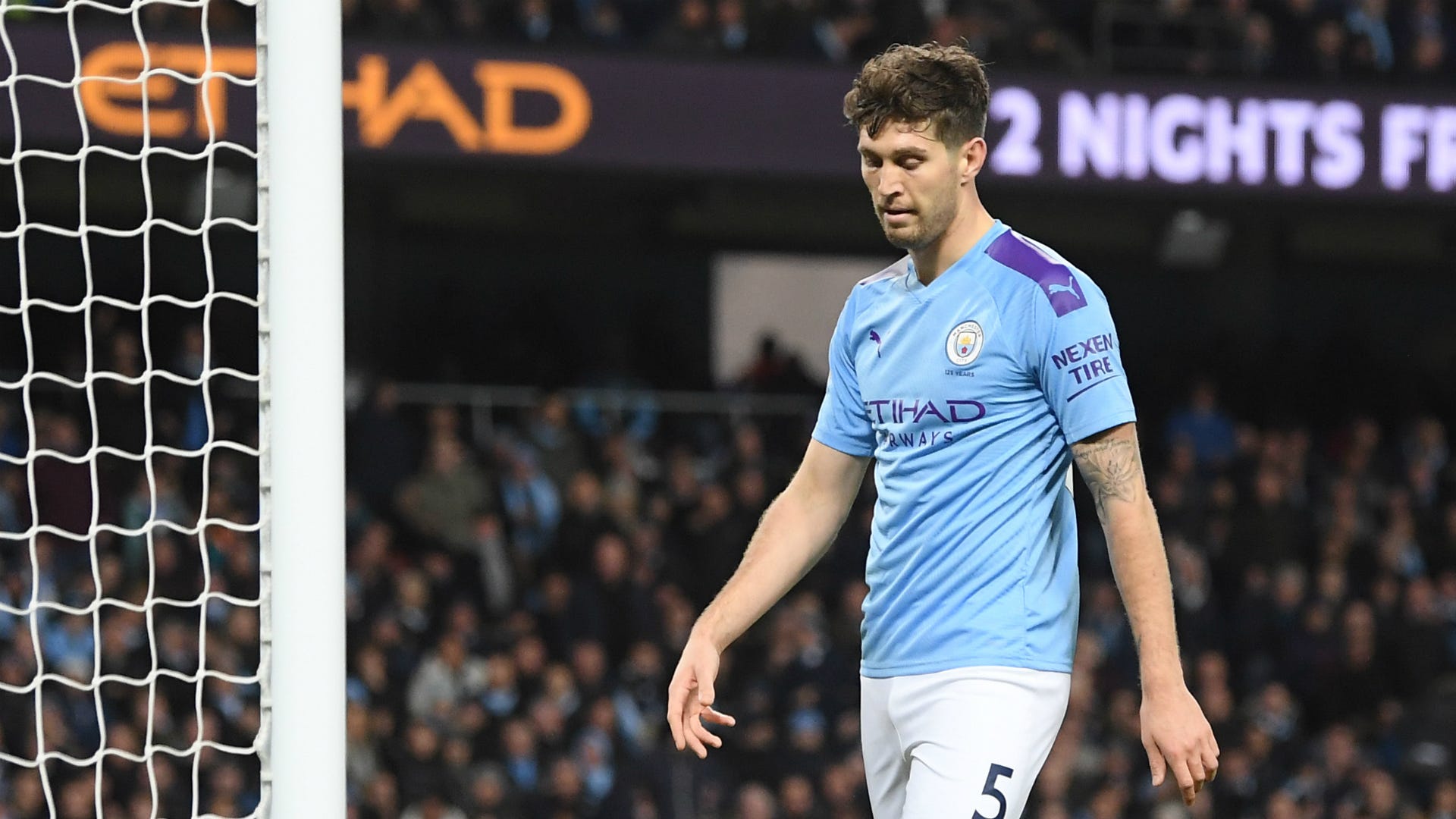 Director of football Txiki Begiristain is facing a potentially busy window, with doubts over the future of Joao Cancelo and Leroy Sane, although Guardiola insisted they may not necessarily go into the transfer market for a replacement for the latter.

"First, Leroy is our player," the City boss said. "I don’t know if he is going to leave this summer or at the end of his contract but we have enough good players up front.

"Gabriel can play on the left, Phil Foden can play on the left, we have Raheem there. We have big, talented players up front. Most of them are in good healthy conditions, like Phil, Riyad, Gabriel, Raheem, they can play quite regularly for a long period of time, they are so stable in terms of injury situations.

"I think we have other priorities maybe [in the transfer market]. I don’t know, after the coronavirus, if the situation economically and financially for the clubs is changing. I don’t know what the situation is. We’re going to see at the end of this season."

City's transfer business remains up in the air and much could depend on a compacted end to the season along with the success of a Court of Arbitration of Sport appeal over a two-year European ban that could affect the type of player that comes in.

Stones, though, is still running out of time to convince many about his long-term future at the club.