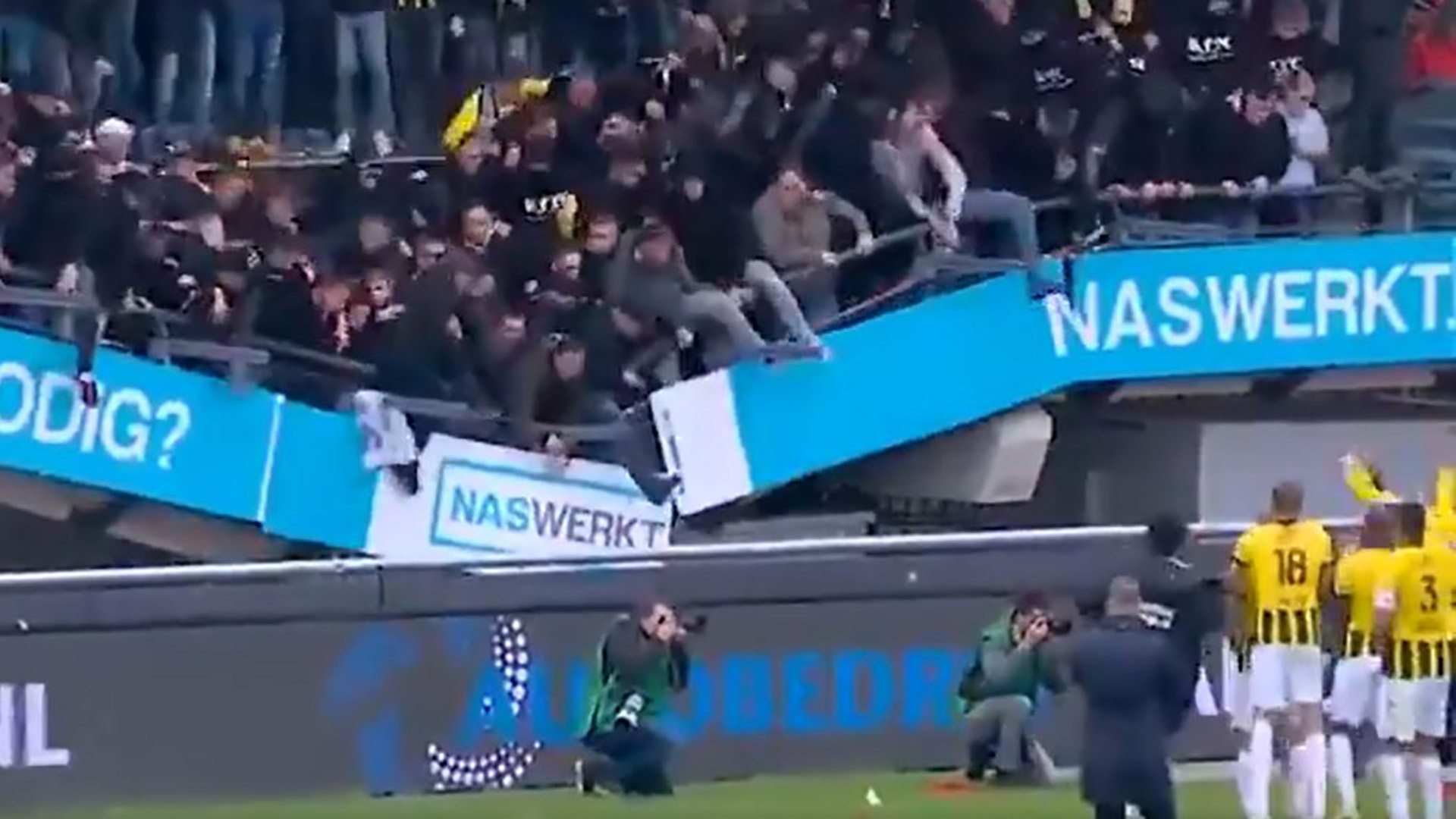 Vitesse fans avoided a catastrophe on Sunday when part of the stand collapsed as they celebrated their side's 1-0 win at NEC.

The players made their way to the away of the Goffertstadion end to cheer along with the supporters when the front of the stand gave way underneath them.

Despite the collapse, no injuries have been reported and fans continued to celebrate the victory in the Gelderland derby.

The enthusiastic fans moved to the front of the stand as the Vitesse players approached following the win in the Eredivisie match.

The structure snapped under the weight but the fall was stopped by a container, which NEC general director Wilco van Schaik believes may have prevented a much more severe outcome.

"As far as I know, there are no injuries," Van Schaik said to NOS.

The stand where the Vitesse fans were based collapsed when they were celebrating victory.

There have been no reported injuries 🙏 pic.twitter.com/pS7m060Oss

"All kinds of things go through your head. There was a container under that stand and it has prevented worse."

He continued to ESPN: "The first question was: were there any victims involved? Well, fortunately not, as it looks now. But things do go through your head.

Will there be an investigation?

The Dutch football federation (KNVB) and the mayor of Nijmegen, Hubert Bruls, also called for an investigation into the incident.

A spokesman for the KNVB told Omroep Gelderland: "Of course a lot has been done to make stadiums safer in recent years. But this incident also needs to be investigated. We fully support that."

Bruls said: "I am very shocked by what has happened. Fortunately, as far as is known, no one has been injured. I want an investigation into what happened here as soon as possible."