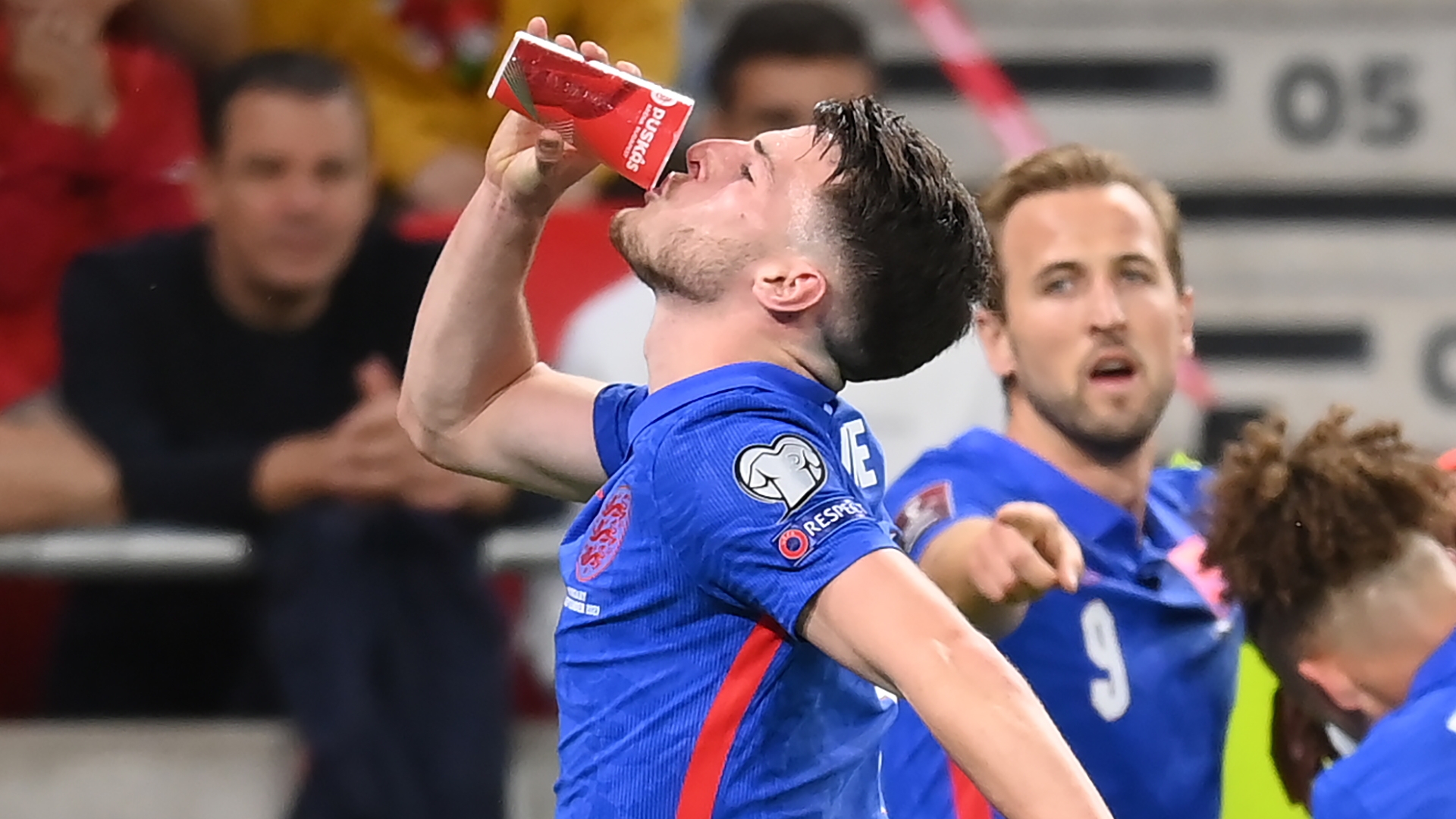 England boss Gareth Southgate has called on his side to show “humility” and avoid antagonising opposition fans after their 'beer-drinking' celebrations against Hungary on Thursday.

Declan Rice and Jack Grealish were seen pretending to drink from some of the plastic cups that had been hurled towards the Three Lions players as they celebrated their goals in the 4-0 World Cup qualifying win in Budapest.

It was a defiant response amid allegations of racist abuse directed towards Raheem Sterling and Jude Bellingham by the hostile crowd at the Puskas Arena, but Southgate believes his players should try not to rise to such provocation in the future.

What did Southgate say?

Southgate acknowledged the behaviour of the Hungary fans, which also included a flare being thrown onto the pitch and the booing of the England players taking the knee, was unacceptable, but says his players should try not to add to the febrile atmosphere.

“We needed to be a little bit careful in how our interaction with the crowd the other day was,” he said. “We all recognise that certain things that happened weren’t acceptable but also we ran a little bit of a risk of inflaming some of those situations.

“The boys just have to have in the back of their minds that humility. We were playing well and we got a good result but let’s keep our professionalism, our focus. We’re going to have to play these teams again and we don’t want to give them any additional motivation with our actions.”

The Hungarian football association has promised to issue two-year suspensions to supporters who disrupted the game against England, though it has made no mention of the alleged racist abuse directed at some of the visiting players.

Hungary has already been handed a three-match supporter ban by UEFA due to racist and homophobic behaviour during Euro 2020, but that sanction is not applicable to World Cup qualifying matches as they fall under FIFA's remit.

‘We cannot waste a moment’

Thursday’s win was England’s first match since their agonising penalty shootout defeat to Italy in the final of Euro 2020 – their first major tournament final since the 1966 World Cup.

Thoughts have already turned to the Qatar World Cup, now just 14 months away, and whether the Three Lions can go one better.

Southgate, however, has again stressed caution, warning his players that their rivals will look to raise their game ahead of next year and England cannot afford to rest on their laurels.

“If we want to be serious contenders for the World Cup we cannot waste a moment,” added Southgate ahead of Sunday's match against Andorra at Wembley. “We cannot miss an opportunity to improve.

“The teams that didn’t do so well in the summer will be licking their wounds and looking at everything. There’s a risk that they look harder for those opportunities to improve. If we have any complacency that would be an error. We’ve got talent and we have shown positive performances and earned good results. But that can disappear very quickly.”