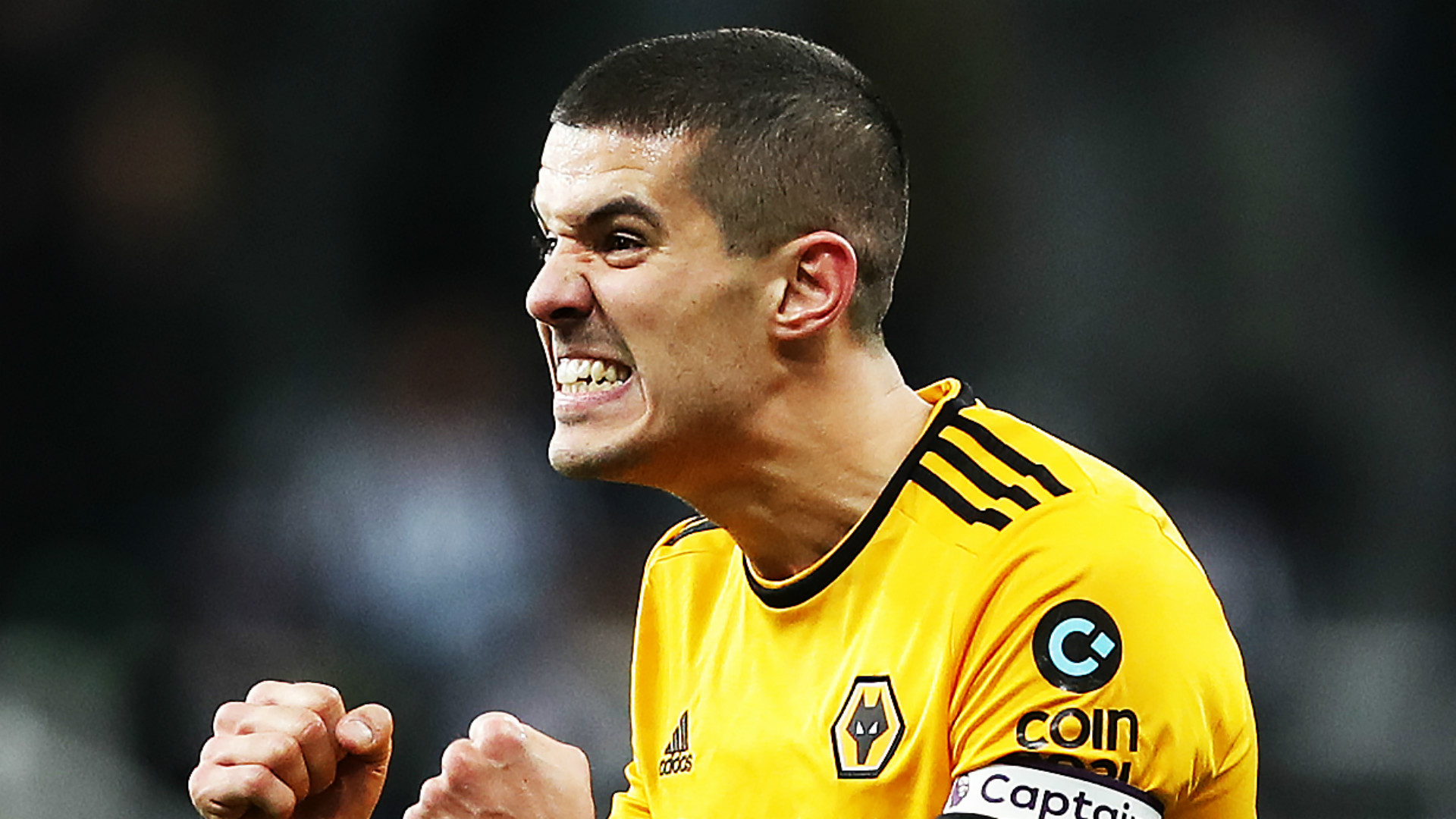 The Wolves captain has earned his first senior call-up to the national team, and Jamie Carragher is among those backing him to succeed

Never mind an England call-up, they thought they had another grandchild on the way.

"I said, 'I have a bit of news for you' with my arm around my wife," laughs the Wolves captain. "And then my mum and dad said, ‘Your missus isn’t pregnant again is she?’"

She is not. Instead, Coady has been added to Gareth Southgate’s squad for the forthcoming Nations League games against Iceland and Denmark – a first senior call-up.

A phone call which was well deserved too – some would even say it was long overdue.

It has been seven years since Coady last wore an England shirt, captaining Peter Taylor’s side at the Under-20 World Cup in Turkey in the summer of 2013.

That group contained the likes of Harry Kane, James Ward-Prowse and Eric Dier, who are also part of Southgate’s squad this week, as well as Ross Barkley and John Stones.

“We didn’t do too well,” Coady says of a tournament in which his side finished bottom of their group. “But it was an incredible experience for me all the same.”

Three years earlier he had skippered England’s U17 side to glory at the European Championships in Liechtenstein. They beat a Spain team containing the likes of Saul Niguez, Paco Alcacer and Juan Bernat in the final, having seen off Paul Pogba’s France in the semis. “Special memories,” says Coady. “I still have the medal in my house.”

Coady had skippered his country at every level from schoolboy to U20, while also captaining boyhood club Liverpool as a youth-teamer.

“Captain Conor, that’s him!” says Adam Morgan, a team-mate from the Reds’ Academy. “I think I’ve only ever played in one game with Conor where he wasn’t the captain, and that was when he made his Liverpool first-team debut at Anzhi Makhachkala.

Coady would only make two senior appearances at Anfield – his other was as a late substitute against Fulham in the Premier League in May 2013 – but he is still remembered fondly within the club, as an infectious personality with a rock-solid mentality.

“He’s the type that, if you’re a manager or a coach, you want in your dressing room,” says Liverpool legend Jamie Carragher, who was in his final season when Coady moved up to train with the senior squad.

“He sets a brilliant example, always full of life, never too up and never too down. He’s just a great person to have around.”

Coady was a central midfielder when he moved up to Melwood. Morgan remembers him as a player with penchant for spectacular long-range strikes in the youth team, while another youth-team colleague, Ryan McLaughlin, recalls a number of training ground battles with Luis Suarez as Brendan Rodgers looked to test the youngster’s defensive mettle.

“That was nice of him!” laughs Carragher when told of that. “Suarez gave me, [Daniel] Agger and [Martin] Skrtel enough trouble, never mind a young kid from the U18s!”

Those sessions must have helped, though, because it is as a centre-back, in Nuno Espirito Santo’s bespoke 3-4-3 system, that Coady has flourished at Wolves.

He is club captain at Molineux, their leader both on and off the field. He rarely misses a game; since they were promoted to the Premier League in 2018, he has not missed a single minute of league action. He played 54 times in all competitions last season, and has managed 235 appearances in five seasons in the Black Country.

“That tells you he’s made of the right stuff,” says Carragher. “For me, a player’s injury record is always a tell-tale sign of their character.

Carragher, who won 38 caps for his country, was among the first to message Coady when news of his call-up emerged last weekend. Coady was an eloquent and thoughtful guest alongside Carragher on Sky Sports' Monday Night Football back in December, and the pair remain in regular contact.

“I told him to make sure he isn’t quiet or shy when he goes down there,” Carragher tells Goal. “I told to make sure they all know who Conor Coady is from that first training session!”

He need not worry about that. Coady may not be the quickest or most naturally gifted of players - he admits as much himself - but making himself heard is something of a forte.

“I used to have an earache playing in front of him!” laughs Morgan, who now plays at Chelmsford City in the sixth tier of English football. “He would never shut up, but it was always good information. He never just spoke for the sake of it. He was always the positive one, always encouraging, making sure everyone was on it.

“When I think of Conor, I just think of him putting his two fingers to his temple, telling everyone to concentrate. That was him.

“The coaches loved him, and why wouldn’t they? He was a natural leader, someone who held the team together. We had a good side at Liverpool in the U18s – Raheem Sterling, Jordon Ibe, Suso, Jon Flanagan – but when Conor was missing, we didn’t half notice the difference.”

After a loan spell with Sheffield United, then of League One, Coady left Liverpool for just £500,000 in the summer of 2014. He joined Huddersfield Town, spending one season with the Terriers before moving to Wolves, where he has since proven many doubters – Carragher included – wrong by establishing himself as a top-level centre-back.

“I have to be honest, I didn’t think he’d play Premier League football,” Carragher admits. “I always thought he lacked pace for that level.

“But I did always think he’d end up as a centre-back. He reminded me a little bit of myself, to be honest. He’s little bit taller than me, but he probably wasn’t going to be quick enough or sharp enough to play midfield in the Premier League. I thought he’d be better off at the back, because he understood the game and read it well.

“I’m delighted to have been proven wrong. He’s a massive example to anyone of character and persistence and how far it can take you. He’s captain of a top-eight Premier League team, and now he’s in the England squad. I couldn’t be more pleased for him.”

Morgan, meanwhile, believes Coady’s rise can be traced back to one thing: his mentality.

“Some players leave a big club, their boyhood club, and they struggle to adjust,” he says. “They can’t get their head round the fact they’ve dropped down.

“I couldn’t. I wasn’t mentally strong at that time. I am now, but I wasn’t then. Conor was different.

“A lot of football is played in the head, and Conor is as mentally strong as you can get. That’s a quality you can’t buy, but he had it in abundance. It didn’t take a rocket scientist to realise Conor Coady was going to be OK when he left Liverpool. He was always a mentality monster.”

He adds: “I still speak to him now. It was my dad’s birthday recently and he sent a text. When I set up my coaching business, he was straight on the phone; ‘anything you need, just let me know’. That’s him, what a top man.

“As a professional footballer, if you wanted your kid to look up to someone, it’s Conor Coady. I cannot speak highly enough of him. It’s about time he got an England call-up.”

“He’s the type of player you would always want to try and find a place for, because of his personality and professionalism,” he says.

“He’s always been a manager’s dream. Hopefully he can be Gareth Southgate’s dream now!”