'I am still alive!' - Soucek reveals stitches after suffering boot to the face during West Ham clash with Everton 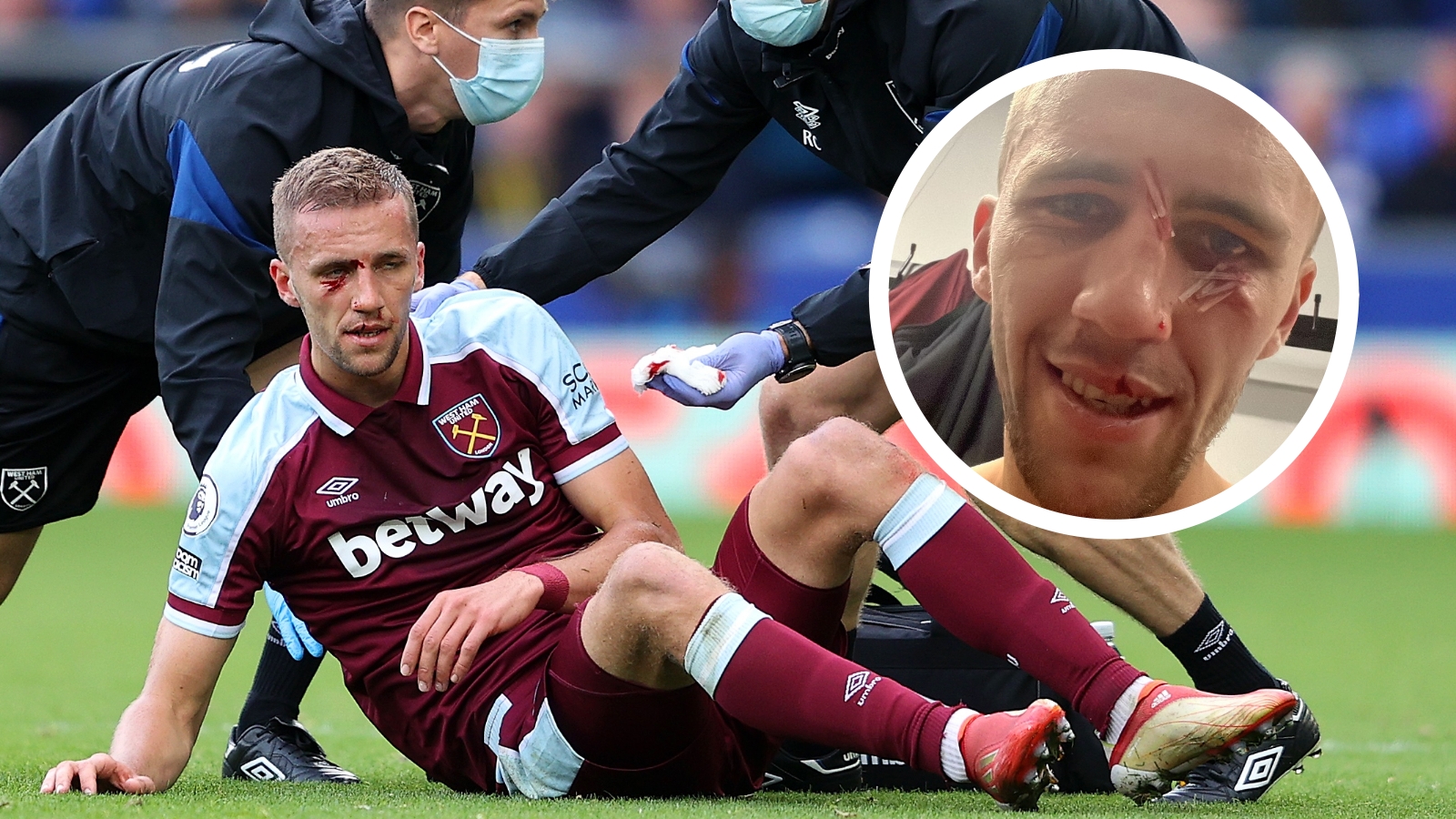 Tomas Soucek revealed he needed stitches after suffering a boot to the face during West Ham's clash with Everton on Sunday, while jokingly reassuring fans that he is "still alive".

West Ham moved up to seventh in the Premier League after beating Everton 1-0 at Goodison Park, thanks to a 74th-minute header from Angelo Ogbonna.

A few minutes after the Hammers grabbed the decisive goal, Soucek had to be withdrawn due to a gruesome facial injury that left away supporters worrying about his wellbeing.

Soucek slid in to try and intercept the ball ahead of Salomon Rondon, only to be caught square in the face by the Everton striker's boot.

The Czech Republic international stayed down while play went on before eventually receiving treatment from West Ham's medical staff, with live pictures showing that he had sustained a bloody wound just below his eye.

Soucek took to social media to give an update on his condition, posting a picture of his battle scars with a tongue-in-cheek message for his followers.

“A few more stitches on my face, to add to my collection," the West Ham star wrote. “I never give up for any reason. Great win lads and keep up the good work. Don’t worry, I am still alive.”

A few more stitches on my face, to add to my collection. I never give up for any reason. Great win lads and keep up the good work. Don’t worry, I am still alive pic.twitter.com/TbwPdYX0wd

Barring any complications with his recovery, Soucek should be fit to return to the pitch when West Ham resume their Europa League campaign against Genk on Thursday night.

David Moyes side will then look ahead to a crucial London derby encounter against Tottenham three days later, with only a point currently separating the two sides in the league standings.