'Sorry for annoying Pep!' - Klopp opens up on Guardiola rivalry as Liverpool and Manchester City prepare to battle 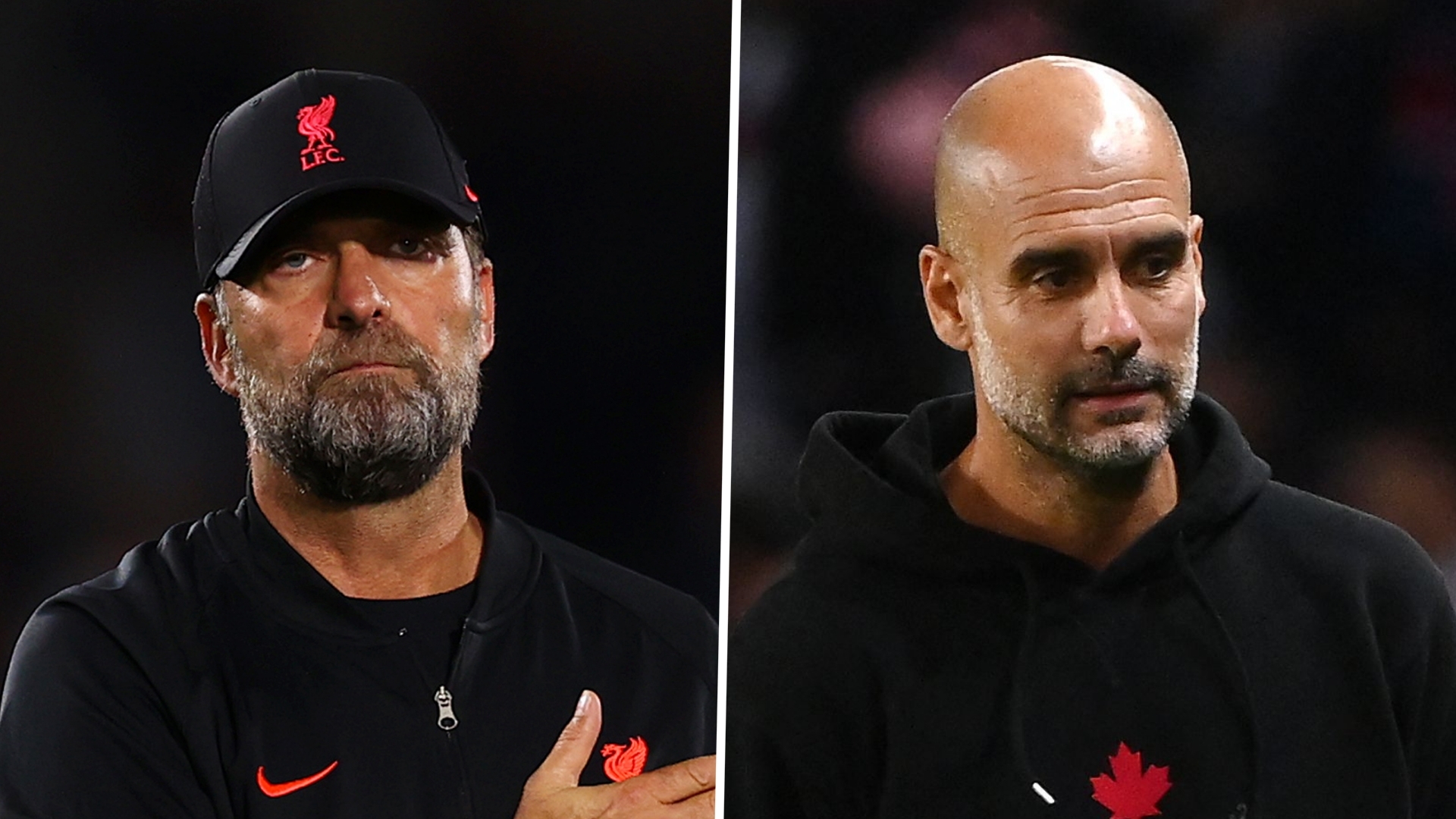 Jurgen Klopp has opened up on his rivalry with Pep Guardiola, apologising for sometimes “annoying” his Manchester City counterpart with comments made in press conferences.

The Liverpool boss smiled when asked about his relationship with Guardiola ahead of the sides’ crunch Premier League meeting at Anfield on Sunday.

Klopp spoke glowingly about his rival, describing facing Guardiola’s City side as one of the biggest challenges in football, but insisted that Liverpool will go into the weekend determined to emerge victorious against the reigning champions.

What did Klopp say about Guardiola?

Asked at his pre-match press conference on Friday about the respectful nature of the pair’s rivalry, Klopp told reporters: “I’m not sure I ever told Pep, but I like him! That’s true.

“Obviously from time to time I annoy him with things I say in press conferences. I don’t mean to say anything bad about him, but when somebody from the City staff tells him ‘Klopp said that’, I can see in his press conference that he gets really angry. Sorry for that!

“But no, I respect him a lot. We think we know a lot about each other but we don’t. We’ve met in football games, but two years ago we had a few situations where we went together to Manchester for awards [ceremonies] and stuff like this.

“Our families met, and I can tell you that somebody who has a family like Pep Guardiola must be a good person. His missus and the kids are outstanding, and that’s what is important to me.

“During the game, whatever he says, whatever I say, it’s not important. I want to win, he wants to do that. We are completely different as personalities, but nonetheless I like him and I respect him.”

‘No mercy for mistakes'

Klopp went on to assess the challenge facing his Liverpool side this weekend, as they seek to retain, and perhaps improve, their position at the top of the Premier League table.

Victory would take them four points clear of City heading into the international break, and would underline the Reds’ credentials as they seek to wrestle back the title they won in such style in 2019-20.

Klopp said: “It’s one of the biggest challenges for all managers in football to face his teams, because they are good!

“I like that as well, because at this level there is no mercy for mistakes, if I can say it like this? If you make a mistake, bam, you get punished. That’s a game against Manchester City, pretty much always; we better not make a lot of mistakes, otherwise we will get a knock.

With a smile, Klopp added: “But if you don’t, and you are Liverpool, then you have at least a chance. So let us give it a try.”