If Manchester United fans will never normally settle for a point from any meeting with Liverpool, they will surely have been delighted with their side’s character in securing a 0-0 draw on Sunday after losing three players to injury before the half-time whistle.

Ole Gunnar Solskjaer’s side showed a great fighting spirit to extend their unbeaten run in domestic games under his stewardship to 13. And while the plethora of injury worries thrown up by this fixture will be a concern, he will be able to take plenty away from the way his players took to their task in the second half against Jurgen Klopp’s title-chasers.

United had already been hit by the absence of Nemanja Matic, who picked up a muscle injury in training on Saturday which is likely to keep him out for two to three weeks. Yet what was to unfold in the first 45 minutes at Old Trafford would have disrupted any team and tested any manager.

Marcus Rashford was the first to appear in trouble, taking an early knock which had him doubled over in back play at regular intervals throughout the first half. However, he was able to carry on and it would be Ander Herrera to limp off first with Andreas Pereira coming on in his place.

With Alexis Sanchez warming up in case of the need to replace Rashford, Juan Mata received treatment for an injury picked up deep in the United half after he had raced back to foil Mohamed Salah. He was soon substituted by Jesse Lingard. 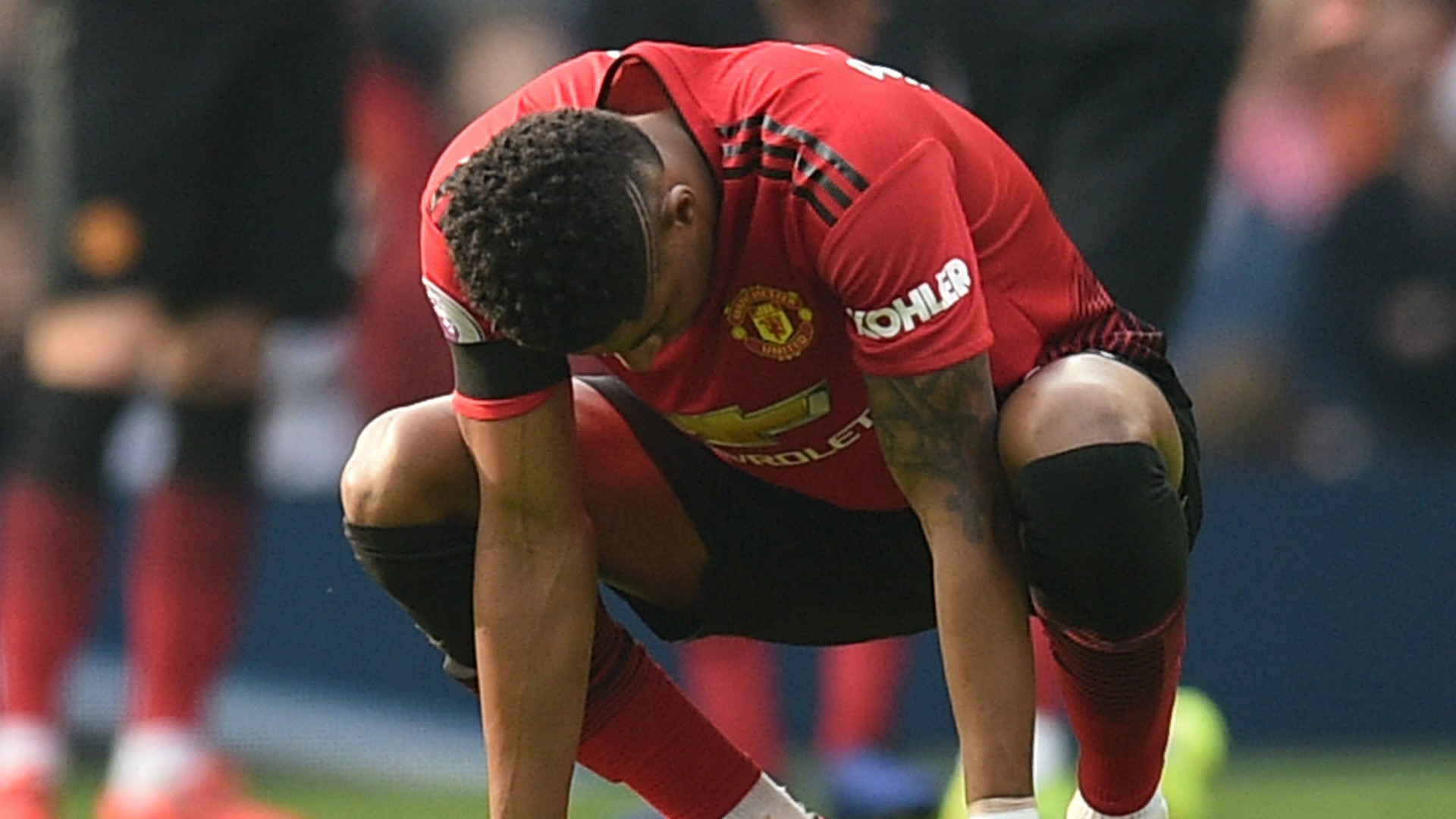 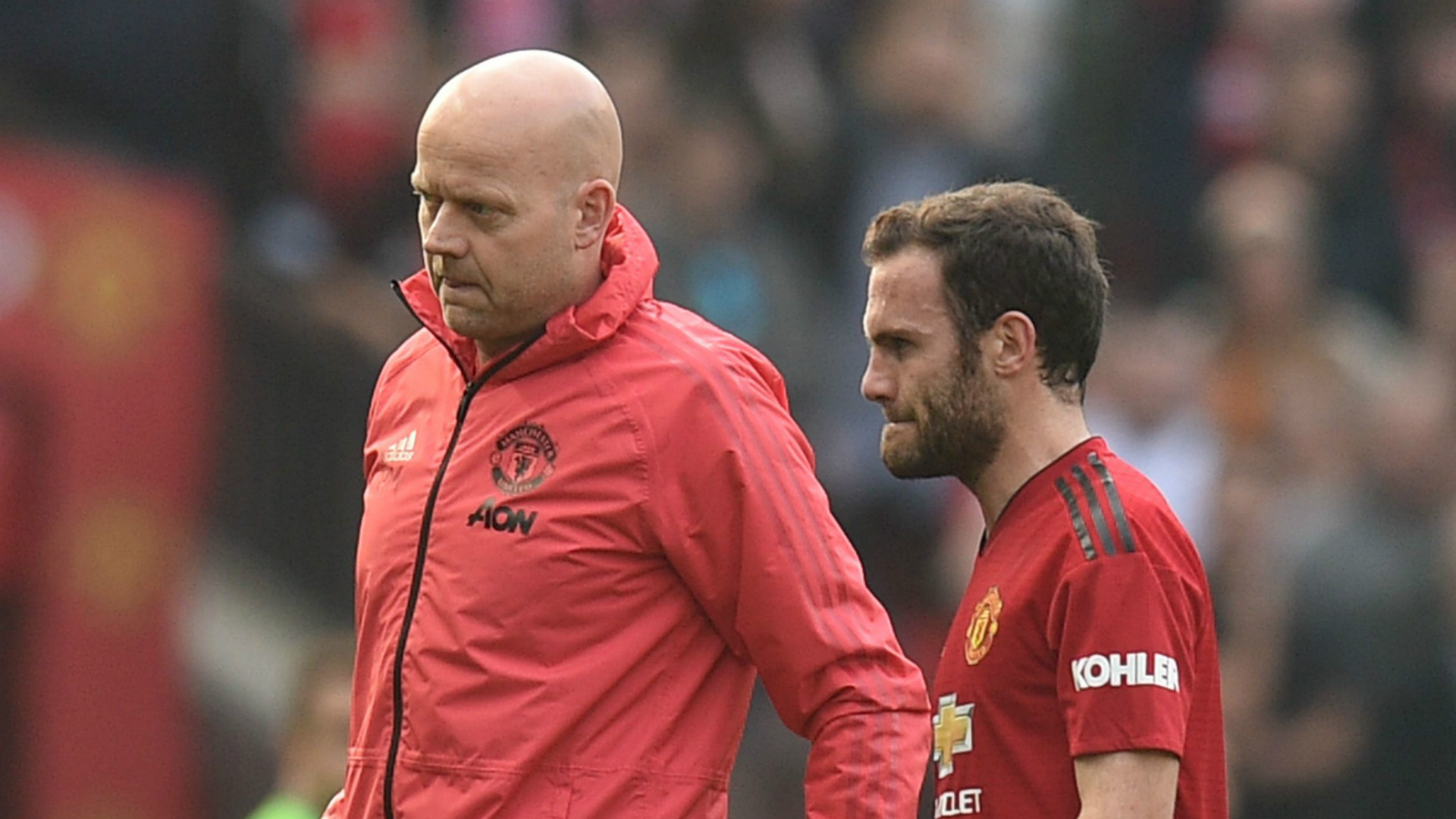 But Lingard himself wouldn’t even make it to half-time, having pulled a muscle as he stretched to challenge Alisson Becker after a disguised pass by Romelu Lukaku. On came Sanchez and United were stuck playing the final 47 minutes with no further substitutions and Rashford not at 100 per cent.

One has to worry for what lies ahead for United with so many of their first-team regulars potentially missing out. With Paul Pogba’s Champions League suspension to add into the mix, the Reds may find themselves arriving at Paris Saint-Germain on March 6 with none of their usual midfield trio of Pogba, Herrera and Matic available to them.

With Lingard’s curtailed comeback – he lasted only 18 minutes here in his first appearance since the home-leg loss to PSG – there is also a question mark developing over United’s forward line with Mata also limping out of the action and Anthony Martial still to return from a groin injury.

They battled well to hold Liverpool in the second half and for lengthy spells even had the ascendancy. But Solskjaer must now come up with a long-term strategy to deal with the current medical malaise - with five games to play in a 17-day period across three competitions before the next international break.