Ole Gunnar Solskjaer revealed he has had a personal apology from the Glazer family over the failed attempt to join a European Super League.

The Manchester United manager was reacting to Sunday’s protests which saw the Liverpool game postponed after fans gained access to the Old Trafford pitch.

While he backed the principle of fans having their voices heard through the right to protest, he condemned the violence which saw one police officer suffer facial injuries.

In the aftermath of the protests there has been mounting pressure on the Glazer family to speak to supporters and, while Solskjaer said he has received a personal apology, there has been nothing from the owners since Sunday’s protests.

“It was a difficult day for us," said Solskjaer. "We wanted to play and beat Liverpool for the fans. Our job has to be [focusing] on getting good results.

“As I said before the game, we have to listen, we have to hear the fans’ voice. It’s everyone’s right to protest but it has to be in a peaceful and civilised manner.

“Unfortunately, when you break in and when a police officer gets scarred for life, that’s one step too far. When it gets out of hand it’s a police matter, it’s not about showing your opinions anymore.”

Pushed on whether the Glazer family should be talking to the fans directly, Solskjaer replied: “I’ve been communicating with the owners, I've got an apology personally, they have started communication between individuals other than me and fans.

“It's a difficult position to be in for me, this, I have to focus on the football. I’ve always had a good relationship and they listen to me and they do listen to the fans.

“I’m sure there will be better communication coming.”

What did Man Utd's players make of the protests?

Bruno Fernandes was also present in the pre-match press conference as Manchester United prepare to take on Roma in the second leg of the Europa League semi-final and he too was asked about Sunday’s protests. 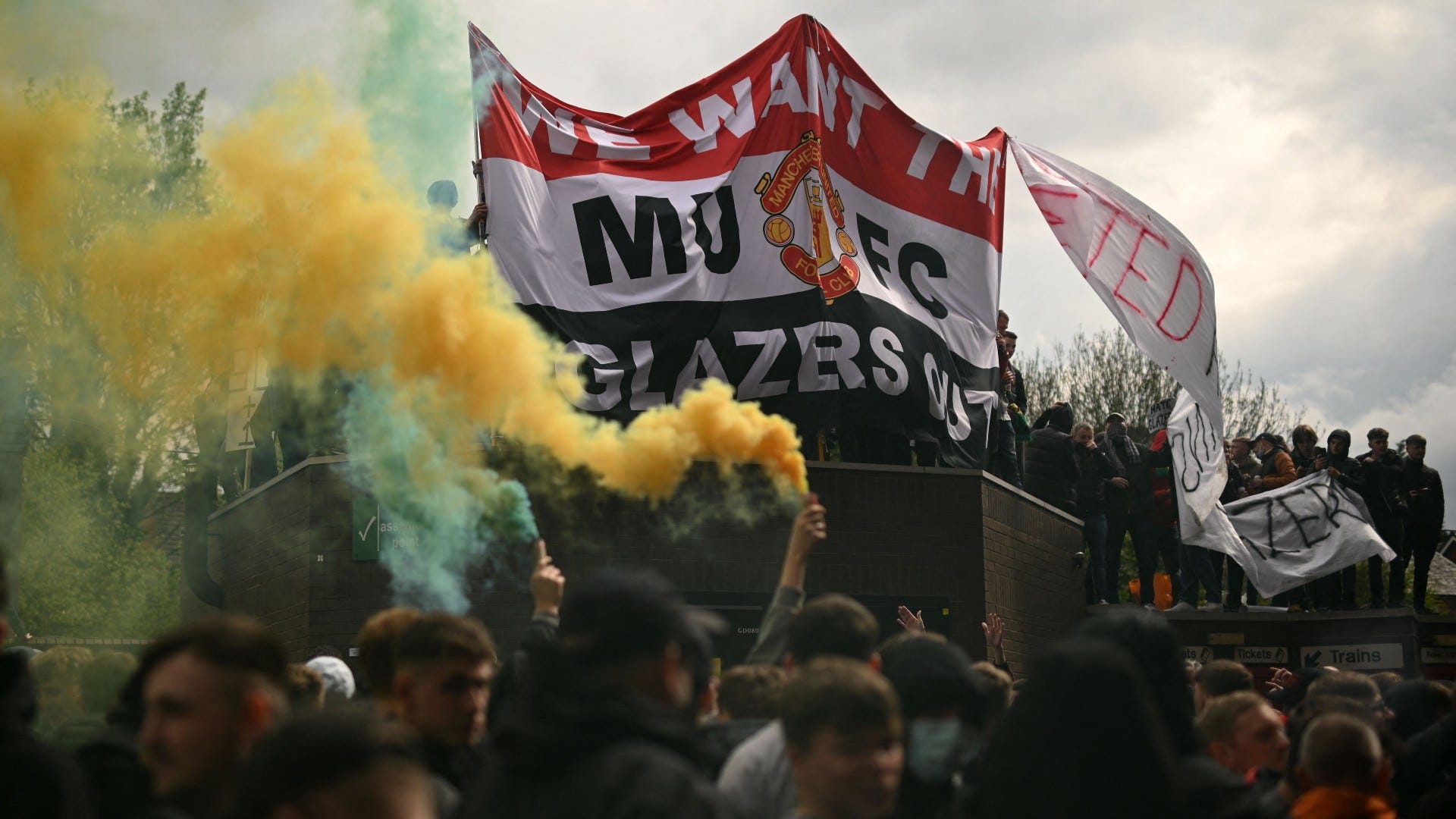 “For us it was hard because we want to play football, this is what it’s about for us. We prepared well for a big game,” Fernandes said.

"The feeling was good between us because the team was ready to play, it was a good week for us. We played really well against Rome and the confidence was high.

Asked if he thought about talking to the fans himself he replied: “I was in my room watching Udinese against Juventus, so I never tried to come outside.

“We just do what the security says, to keep in our room and stay there.”

What else did Solskjaer say about the protests?

Solskjaer's focus is on United's semi-final second leg against Roma but he was asked about how the situation with the fans and the club's owners can be fixed moving forward.

"It has be a united football club. To make things grow you need to give it patience. I’m hopeful that in time we can unite and come together," he said.

"Friction and challenge is sometimes good to move things forward. The last few weeks have been difficult - you don't have to be a rocket scientist to see that. I’ve had backing, I've got to say.

"I’ve been put in charge and I'm responsible for results and football matters. I understand fans want to see results and trophies and we're hoping they can see this team is going places and moving forward. Hopefully they can see the process we're in.

"Hopefully we can get to a final tomorrow, that’s the short-term fix and then we’ll have to take it from there."