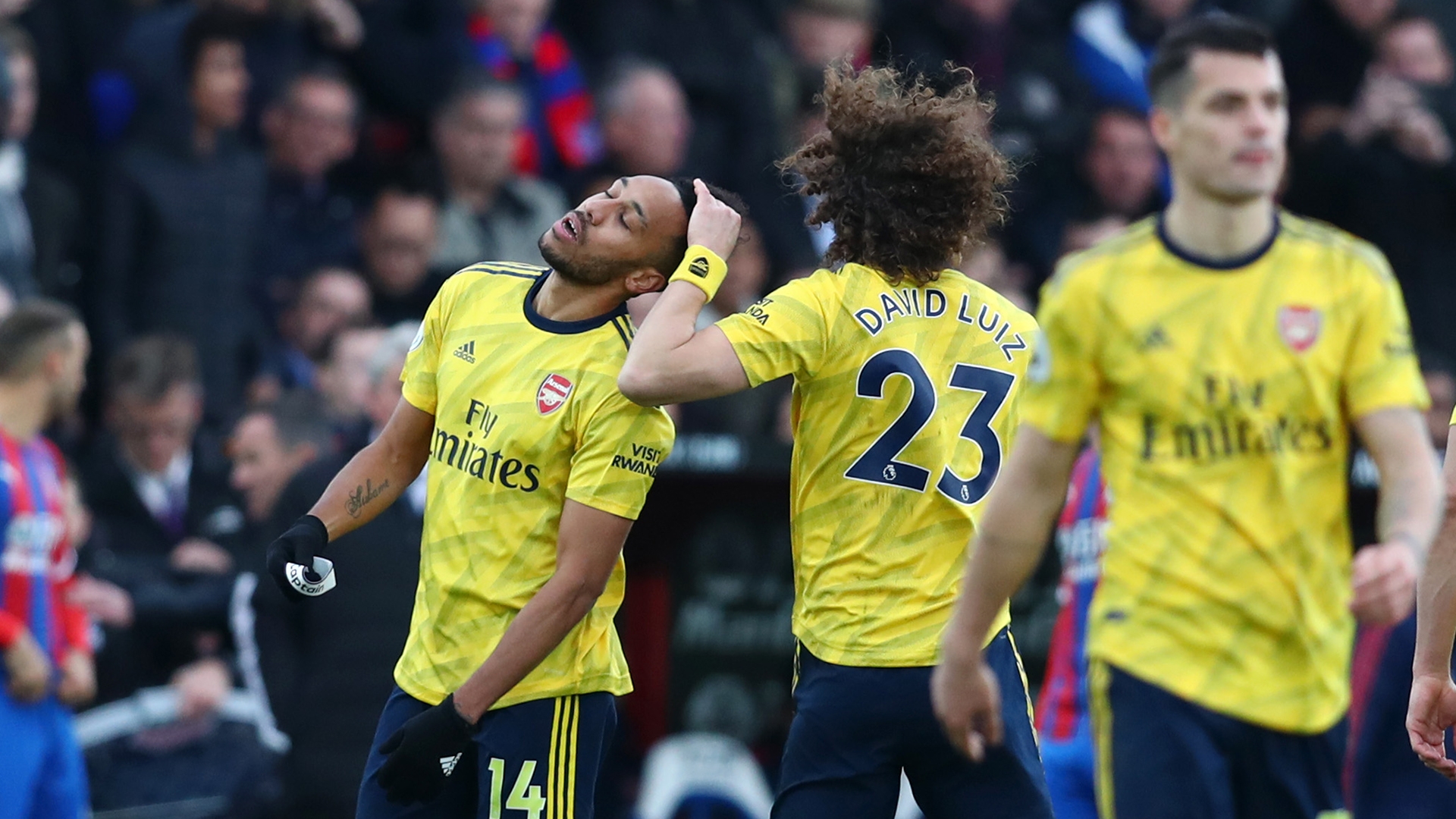 The Gunners captain was sent off in Saturday's 1-1 draw with Crystal Palace at Selhurst Park, meaning he will miss three games through suspension

Arsenal are about to get an early taster of what life is like without Pierre-Emerick Aubameyang. It might make for grim viewing.

The Gunners skipper was sent off during the 1-1 draw with Crystal Palace, meaning a three-game suspension for the striker that will rule him out of the crucial Premier League meetings with top-four rivals Sheffield United and Chelsea, as well as the FA Cup tie at Bournemouth.

How Arsenal cope without their top scorer could, thus, shape the rest of the campaign, as well as shed some light on how the Londoners will fare next season, given their 30-year-old talisman is expected to be sold during the summer rather than be allowed to enter the final year of his contract.

On the evidence of what we’ve seen so far this season, it's hard not to worry for Arteta’s shot-shy side.

Arsenal’s reliance on Aubameyang these days is absolute, especially away from home where he is as deadly as they come. His first-half strike at Selhurst Park was his 15th goal of another prolific Premier League campaign.

Nine of those goals have come away from home and, incredibly, they have been scored off just 12 shots. Where would Arsenal be without their talisman? We’re about to find out.

The burden for goals will now fall on Alexandre Lacazette over the coming weeks, but the France striker has gone six games without finding the net and he hasn’t scored away from home all season.

In fact, no Arsenal player other than Aubameyang has found the net more than once away from the Emirates in the league since the start of the current campaign.

It’s a worrying situation for Arteta, who saw his side fail to build on what was an excellent start against Palace.

It took just 12 minutes from the visitors to break the deadlock, with Aubameyang finishing off a flowing move that involved David Luiz, Mesut Ozil and Lacazette.

But they couldn’t add to that early goal and, gradually, Palace began to edge back into the contest.

The equaliser came 10 minutes into the second half and had a large slice of luck about it. Arsenal shouldn’t have allowed Jordan Ayew to get a shot away, but the way it looped over Bernd Leno after a double deflection off Luiz was hugely unfortunate.

There was still plenty of time left in the game for Arteta’s side to regroup but when Aubameyang was sent off after 67 minutes, their chances of victory effectively went with him.

Arsenal’s striker was originally only shown a yellow card by referee Paul Tierney for a foul on Max Meyer, but it was upgraded to a red when looked at by VAR.

In truth, Aubameyang can have few complaints. It was a reckless, late tackle which forced Meyer to be substituted – although there was clearly no malice involved.

To their credit, the visitors saw out the remainder of the game relatively comfortably despite being down to 10 men and could even have snatched the points late on, but Nicolas Pepe’s shot was superbly tipped onto the post by Vicente Guaita, who then saved Lacazette's follow-up from point-blank range.

This was the fifth time the Gunners have failed to win a league game this season having led at the break. They have been pegged back four times and beaten once, when Chelsea struck twice late on at the Emirates last month.

They could now end the weekend 11 points off the top four, which would surely be too big a gap to bridge at this stage of the season, especially with Aubameyang now set to miss the next two league games.