The former Paris Saint-Germain midfielder has been making history at Tokyo 2020, 25 years after her first Olympics

“She’s not from this planet.”

That’s the simple answer that Rosana, a four-time Olympian, gave  Goal when asked about Formiga, her 43-year-old former team-mate who has this summer made history by competing in her seventh Games for Brazil.

The oldest women’s footballer in the history of the event and the first athlete to go to seven Olympics as part of a team sport, records that prompted congratulations from the legendary Pele, the midfielder hasn’t been playing a bit-part role in Japan, either.

She started all three games for her country in the group stages and will be crucial in her ability, energy and experience as the Selecao prepare to face Canada in the quarter-finals.

“Her desire and her fitness - they're absurd,” Rosana added. “They're absolutely absurd.

“A few years before she turned 40, even, not much before, we used to do fitness tests. We had the GPS on our backs and she would have 20 per cent of everything above anyone else on the pitch. This was turning 40. I strongly believe that she's not from this planet.”

That fitness has been on show so far this summer, with the former Paris Saint-Germain star, who has just signed for Sao Paulo in her home country, required more than most might have expected, due to a long-term knee injury suffered by Luana in March.

But it’s not just her calming presence on the pitch, or that hard-working style which earned her the nickname of Formiga, ‘ant’ in Portuguese, that is so important to the team.

After all, when you’ve played at seven Olympic Games and seven World Cups, you know a thing or two about this sport that can help your team, and particularly the younger players in it.

Just before the tournament kicked off, Brazil’s 18-year-old forward Giovana Queiroz  posted a picture of herself alongside Formiga on Instagram. “I never imagined I would be playing in the national team with her,” she wrote.

After all, there’s a 25-year age difference between the two team-mates. When Gio was one year old, Formiga was going to her third Olympics.

"I can add something to the lives of these girls, of them looking at me and saying: ‘Hey, 43 years old and she's still here fighting today. I want the same thing. I'll fight for that too, to continue like this,'" Formiga said going into the Games.

“I feel like this: a mirror for these girls to continue in search of their dreams. Because I went through that when I arrived at the national team, with the most experienced ones teaching me where I had to go.

“Hence my responsibility to pass the baton in the best way possible, and also to welcome them with open arms and say, 'the house is yours', just as they did to me.”

The passing of that baton is at a crucial point for this team. After this tournament, there is likely to be a big generational change looking ahead to the 2023 World Cup, given nine of the squad are over the age of 30.

It will be the turn of players like Gio, who plays her club football at Barcelona; Geyse, the 23-year-old with an impressive scoring record already for her country; and Adriana, the Corinthians star missing the Games through injury, to carry the Selecao to glory.

However, this current generation isn’t done yet. Formiga might have made a lot of history but, just like her fellow record-breaking team-mate Marta, the one achievement she wants to sign off with is a winners’ medal. 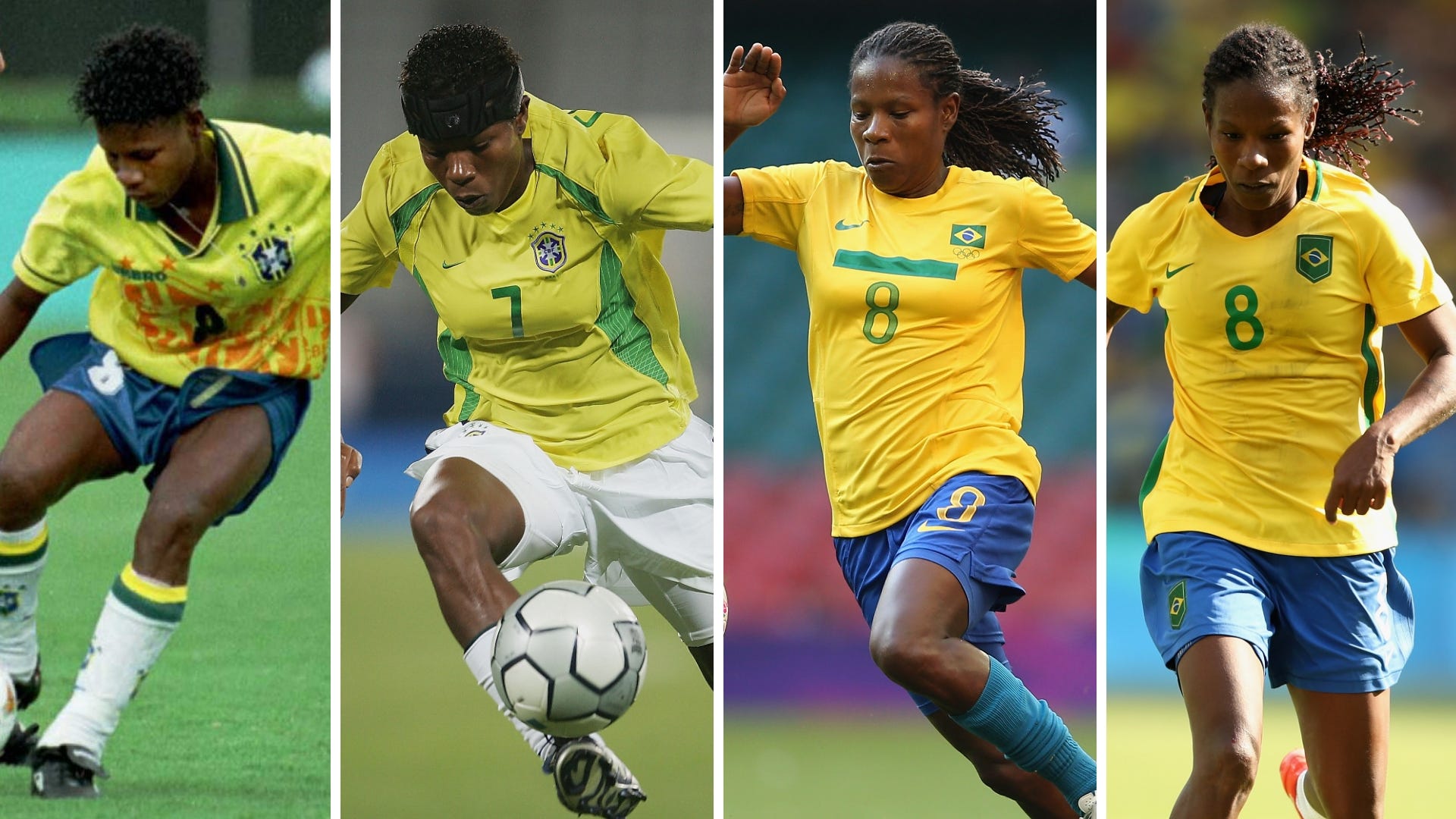 Winning silver at the Olympic Games in 2004 and 2008, as well as losing to Germany in the 2007 World Cup final, such glory has evaded a nation that has continued to produce immense talent in the women's game.

“I want to take the gold medal to Brazil,” Formiga said last week. “At this point, I see myself more mature, a little more patient in some situations to help the group make the right decisions on the field.

“As it is my last [Olympics], and having lived so many, I think I can help the team in this aspect so that we can advance from stage to stage.”

Brazil are by no means the favourites for the top prize, but they are certainly in the mix, and with the group stages now successfully navigated, anything can happen in the knockouts.

With her experience, Formiga knows that more than anyone.